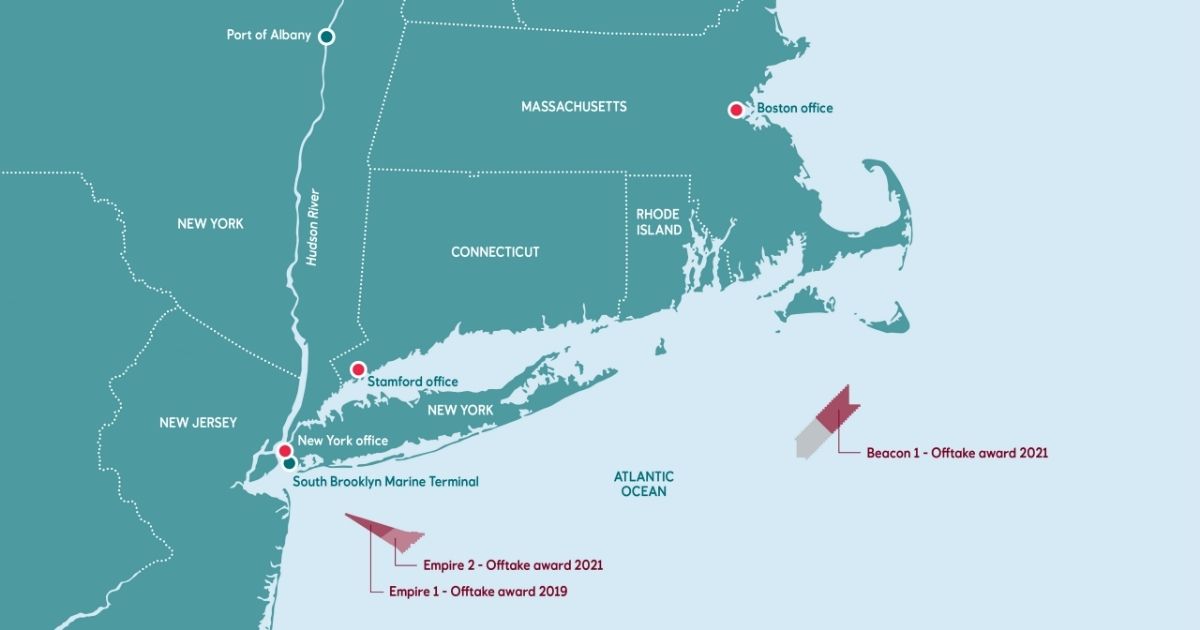 On January 14, 2022, at an event with U.S. Secretary of Energy Jennifer Granholm, New York Governor Kathy Hochul and U.S. Representative Paul Tonko, Equinor and bp announced the finalization of the Purchase and Sale Agreements (PSAs) with the New York State Energy Research and Development Authority (NYSERDA), for Empire Wind 2 and Beacon Wind 1.

The PSAs set the terms under which these projects will supply homegrown, renewable power to New York and inject significant economic investments into the state’s economy.

The finalization of the PSAs concludes the contracts awarded in January 2021, when Equinor and bp were selected to provide New York State with offshore wind power in one of the largest renewable energy procurements in the U.S. to date.

Once completed, Equinor and bp’s portfolio of active offshore wind projects (Empire Wind 1, Empire Wind 2 and Beacon Wind 1) will produce enough electricity to power about 2 million New York homes, and will help generate more than $1 billion in economic output to New York State. This includes investments in ports and infrastructure that will reinforce New York’s position as the regional offshore wind industry hub—and a leading example of economic activity driven by the energy transition.

The offshore wind projects on the US east coast are key building blocks to accelerate profitable growth in renewables and the ambition to install 12-16 GW of renewables capacity by 2030. Equinor expects to deliver these projects within the return guidance communicated at the last Capital Markets Update in June 2021.

The completion of the PSA represents a major milestone and enables the start of project execution for the Equinor-bp partnership.

“Today’s announcement sets Equinor and bp on the path to provide over 3.3 gigawatts (GW) of offshore wind power for New York. It also offers a large-scale, tangible demonstration of the incredible economic activity and carbon reduction potential being driven by New York’s green energy transition,” said Siri Espedal Kindem, President of Equinor Wind US. “We are proud to help lead the growth of this exciting industry in New York.” 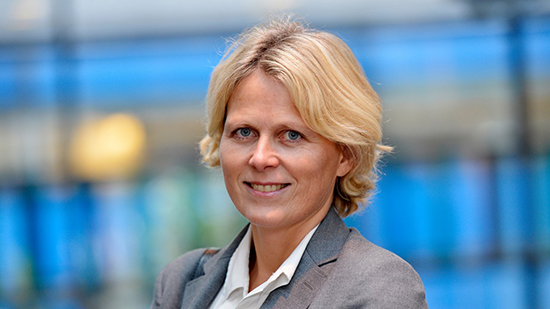 Doreen M. Harris, President and CEO, NYSERDA, said, “Offshore wind is bringing unprecedented investment to New York State, and we are proud to further cement ourselves as the offshore wind hub of the nation. Meeting our nation-leading offshore wind goal of 9,000 megawatts by 2035 will be an essential economic driver for the state, and these projects will help transform our energy system while providing thousands of family-sustaining jobs to bolster our growing green economy.”

Felipe Arbelaez, bp’s senior vice president for zero carbon energy, added: “These are world class assets and we are moving quickly and safely to get them producing the energy people need in the way that they want it – all the while creating positive ripple effects for the surrounding communities and industry. Today’s milestone is a critical step forward and we will continue to work hard to deliver the Empire Wind and Beacon Wind projects, providing clean energy and stable returns for decades to come.” 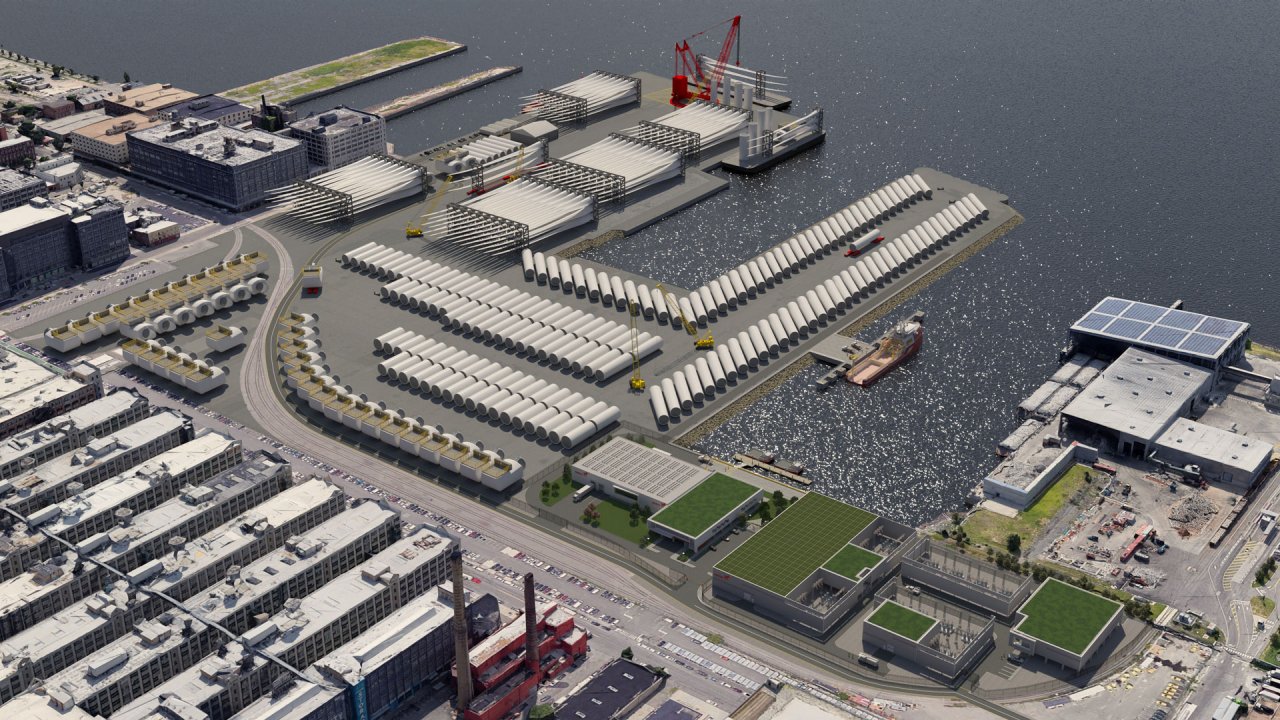 The PSAs agreed to with New York State finalizes the terms under which Equinor and bp will provide generation capacity of 1,260 megawatts (MW) of renewable offshore wind power from Empire Wind 2, and another 1,230 MW of power from Beacon Wind 1, while making substantial investments in New York’s infrastructure. 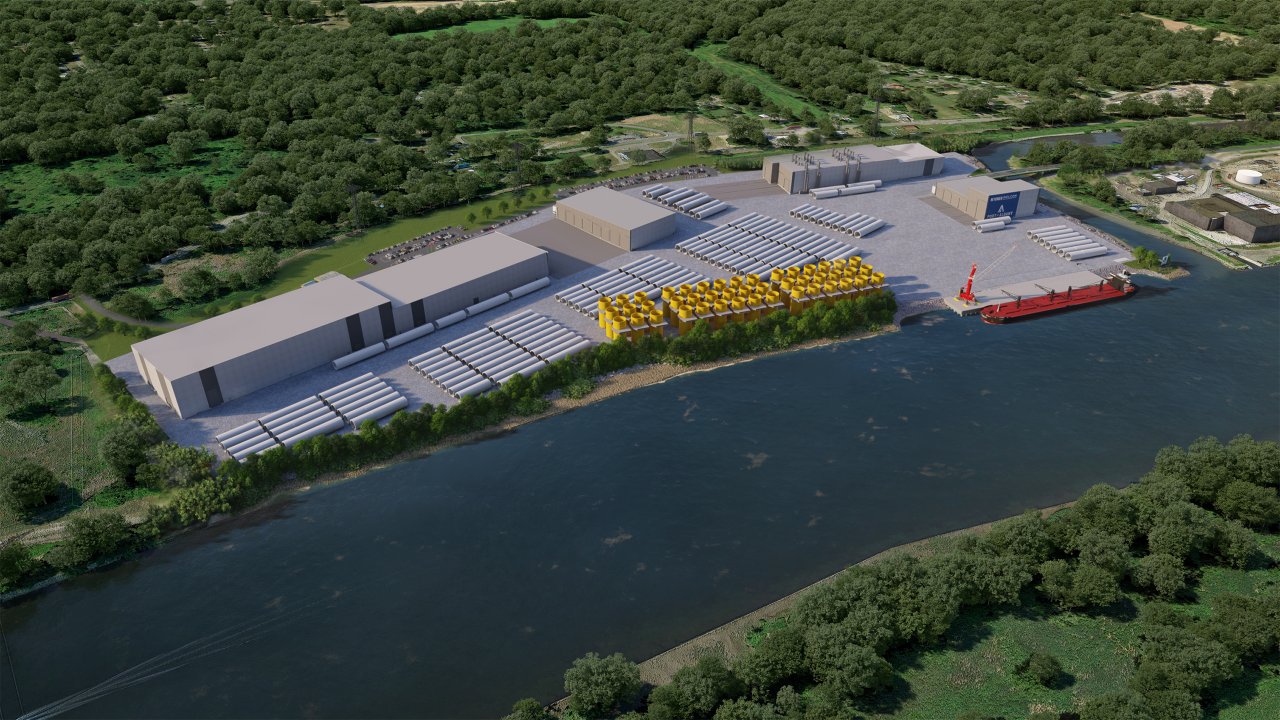 The projects include port upgrades to transform South Brooklyn Marine Terminal into a major staging and assembly facility for the industry, as well as an operations and maintenance base for the projects. Equinor recently announced the opening of a New York project office located in Sunset Park, Brooklyn, opposite the South Brooklyn Marine Terminal.  The partnership will also invest in the Port of Albany, making it America’s first offshore wind tower and transition piece manufacturing facility.