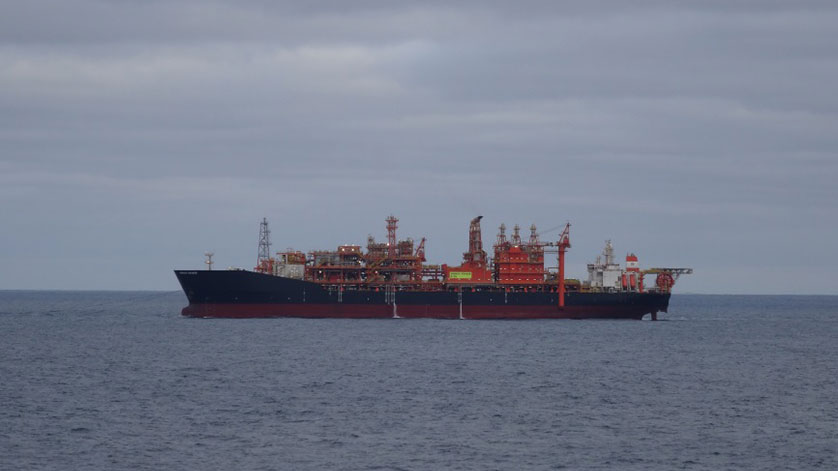 EnQuest confirms that first oil from the Kraken development was delivered on 23 June 2017. During the initial ramp-up period, the 13 wells that have been drilled and completed to date, comprising 7 producers and 6 injectors, are being brought online in a phased manner, to maximize long term productivity and value.

EnQuest CEO, Amjad Bseisu said:
“EnQuest is delighted to confirm that first oil has been achieved on the Kraken development, delivered on schedule and under budget. Drill centers 1 and 2 are fully complete and work continues on drill centers 3; as a result, further production capacity will come online into 2018 as these further wells are put onstream.

Kraken is a transformational project, made possible by EnQuest’s differential capabilities; the right mix of integrated technical capabilities, high levels of efficiency and cost discipline. With production from Kraken, EnQuest is moving from a period of heavy capital investment, to a focus on cash generation and deleveraging the balance sheet.

A further update and additional analysis will be provided with EnQuest’s 2017 half year results.”

EnQuest’s Head of Major Projects, Richard Hall said:
“The achievement of producing first oil from Kraken on schedule and considerably under budget is a great testament to the capabilities of EnQuest. I am extremely proud of the EnQuest Kraken team for their dedication, vison and sheer hard work and thank them for this exceptional performance. Our approach of rigorous planning, simplification of specifications and clarity in execution methodology has enabled us successfully to deliver this highly complex project.”

UK Business and Energy Secretary Greg Clark said:
“This is a landmark project for EnQuest and the UK oil and gas sector as one of the largest new oil fields to come on-stream in the North Sea in a decade. This has been made possible through significant UK government support to encourage investments of this type in the North Sea, supporting thousands of highly-skilled jobs. We’ll continue to build on this support for the oil and gas sector as it looks to seize the significant opportunities that lie ahead.”

UK Oil & Gas Authority Chief Executive, Dr Andy Samuel said:
“As one of the most significant oil field projects in the UK Continental Shelf, successful production from Kraken is positive news for the whole basin. It has the potential to open up additional heavy oil opportunities in the Northern North Sea, with other developments in the pipeline. It’s particularly pleasing to see a project delivered under budget, having clearly benefitted from a strong partnership between operator and key service providers.”

THE KRAKEN DEVELOPMENT: Facts and figures