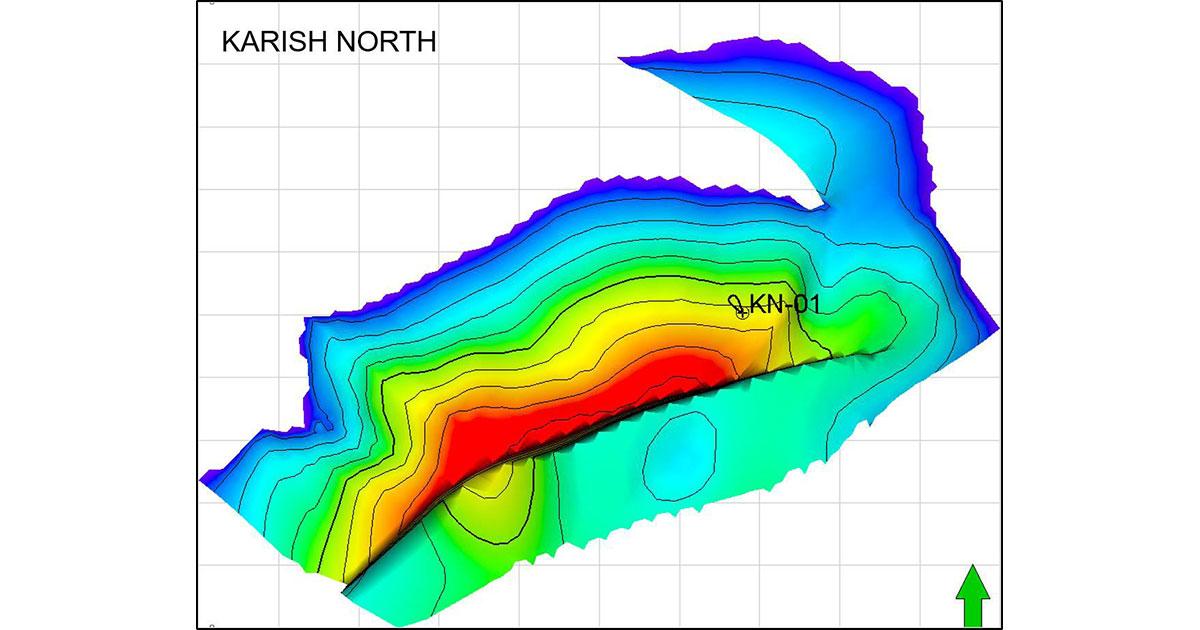 Energean Oil and Gas plc, an oil and gas producer focused on the Mediterranean announces that the Karish North exploration well has made a significant gas discovery.

High quality reservoir in the B and C sands.

The well reached an intermediate TD of 4,880 meters approximately 7 days ahead of schedule. A gross hydrocarbon column of up to 249 meters was encountered and a 27-meter core was recovered to surface. Further evaluation will now be undertaken to further refine resource potential and determine the liquids content of the discovery.

Drilling of the initial phase of the Karish North well is now complete. As planned, Energean will now deepen the well to evaluate hydrocarbon potential at the D4 horizon.

Once operations are completed on Karish North, the Stena DrillMAX will return to drilling the three Karish Main development wells. Following this four well program, Energean has six drilling options remaining on its contract with Stena Drilling.

The Karish North discovery will be commercialized via a tie-back to the Energean Power FPSO, which is located 5.4km from the Karish North well. The FPSO is being built with total processing and export capacity of 8 Bcm/yr (775 mmcf/d), which will enable Karish North, and future discoveries, to be monetized.

In December 2018, Energean signed a contract with I.P.M Beer Tuvia (‘I.P.M.’) to supply an estimated 5.5 Bcm (0.2 Tcf) of gas over the life of the contract. The contract is contingent, inter alia, on the results of Energean’s 2019 drilling program and today’s announcement significantly increases the likelihood of its conversion into a firm contract.

Inclusive of the I.P.M. contract, Energean has contracted 4.6 Bcm/yr (445 mmcf/d) of gas sales, leaving a further 3.4 Bcm/yr (330 mmcf/d) of spare capacity in its FPSO for additional sales of discovered gas at Karish and the tie back of future discoveries.

Karish North spudded on 15 March 2019 utilizing the Stena DrillMAX, a sixth-generation drillship capable of drilling in water depth of up to 10,000 feet.

Mathios Rigas, CEO of Energean said:
“We are delighted to be announcing this significant new gas discovery at Karish North, which further demonstrates the attractiveness of our acreage offshore Israel. We are building the Energean Power FPSO with spare capacity, which will enable us to quickly, safely and economically develop both Karish North and future discoveries. We have already signed a contingent contract to sell 5.5 bcm (0.2 Tcf) of this new resource, and our strategy is now to secure the offtake for remaining volumes. We continue to see strong demand for our gas, which we believe will be supported by today’s announcement.”