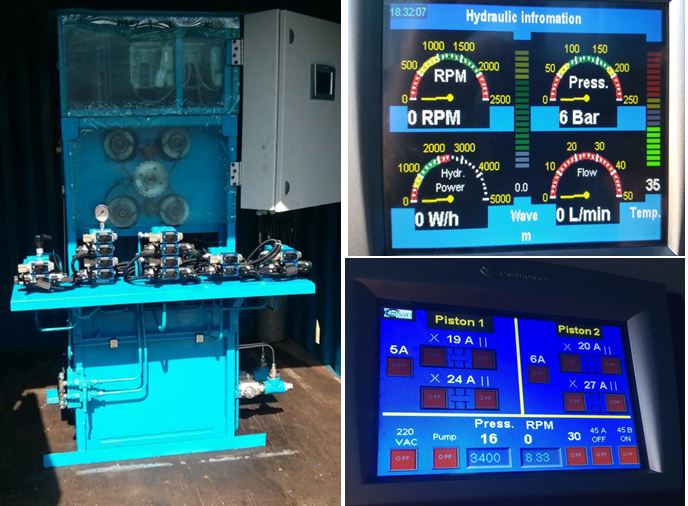 Eco Wave Power continues to "make waves" in the ocean energy sector; The company has completed the installation of its second generation Power Plant in Israel, commenced parts procurement and Assembly towards the new project in Gibraltar and was recognized by Erasmus Awards

Eco Wave Power is determined to present the market with a cost-efficient and reliable wave energy product. To date, the company has invested significant resources in the development and commercialization of its unique wave energy power plant, which will take advantage of the vast wave energy potential around the world.

During four years, EWP performed wave pool testing as well as three years of real conditions testing to prove the durability of its components. Once proven, EWP started working on components upgrade and development of a unique automation system that serves to collect data and enables remote control, operation and maintenance of the power plant, while providing the grid with stable electric output.

Earlier this month, EWP installed the improved system in Jaffa Port, Israel. The upgraded power plant will be working with two floaters. One is "the 1st Generation Floater" and the other is the new and improved "2nd Generation Floater" , which will be tested by EWP, towards its deployment in the wave energy project in Gibraltar.

EWP currently holds projects pipe-line of 111MW. The Company initiated the execution of such pipe-line with a 5MW PPA (Power Purchase Agreement) signed with the Government of Gibraltar, during 2014.

EWP will complete its initial commitments under this PPA, by placing a wave farm comprised of eight 2nd generation floaters on a pier in Gibraltar, by the end of this year. This will be the first phase towards the execution of 5MW in total. The 5MW power plant will provide Gibraltar with 15% of its energy consumption and assist the county in meeting its renewable energy targets by 2020.

“We have come up with smarter components, higher-grade materials, and state of the art controls and automation allowing us to control the system remotely while monitoring its important indicators; this is in parallel to our progress in the deployment of the new power plant in Gibraltar. We would like to invite all our potential partners, clients and investors to come and visit the power station in Jaffa and witness the tremendous efforts that were invested by us” Said David Leb and Inna Braverman, Founders of Eco Wave Power.

EWP's achievements also did not skip the attention of Erasmus University, which earlier this month, recognized EWP's novelty during the "Erasmus Awards" ceremony, in which an impressive panel of judges stated that: "Eco Wave Power’s split units are well-engineered and smart with high potential for producing decentralized energy. The manufacturing costs sound interesting – a system with high potential.”