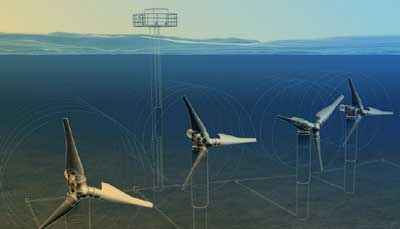 Minister of Energy Michel Samson formally announced his Department’s intention to award a berth to DP Energy during the UN Climate Change conference in Paris.

“DP Energy is delighted to join with the other FORCE berth-holders in picking up the tidal energy challenge in the Bay of Fundy,” he said. “We welcome Nova Scotia’s vision and forward thinking in recognizing tidal energy as a one of the major worldwide renewable energy sources for the future.”

DP Energy recently took a 50% position in Berth C in partnership with Atlantis Operations Canada for the development of 4.5MW utilizing Lockheed/Atlantis technology and further building its position in Canada.

DP Energy has been working closely with technology partner Andritz Hammerfest since 2013 on the project plan, and the team believe that they now have a very compelling proposition in place. Simon De Pietro says the award places the company he and his mother Maureen established originally as an early stage wind development company firmly at the top of the marine energy development sector.

“This is a very significant development for DP Energy and is a further expression of our confidence in tidal energy generation as a key component in the portfolio of reliable, predictable and emissions free power sources needed to take us into a more sustainable future,” says Mr. De Pietro.