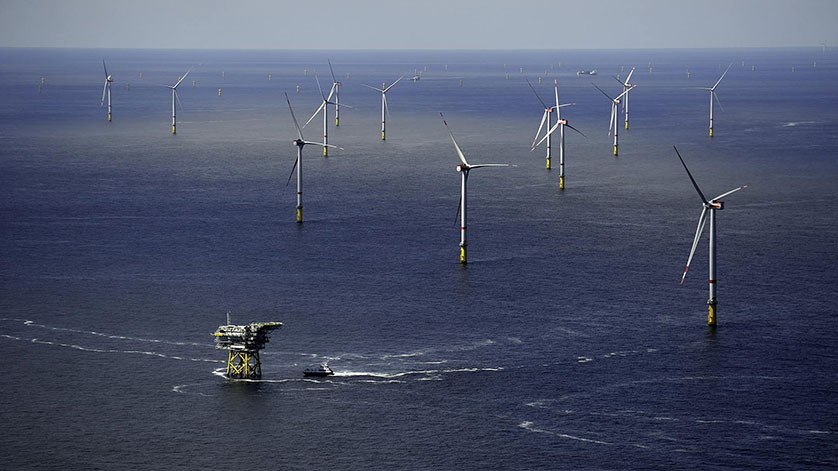 On June 26, DONG Energy celebrated the inauguration of the Gode Wind 1 and 2 offshore wind farms at the Danish Embassy in Berlin. With 97 wind turbines and a total capacity of 582 megawatts, the two offshore wind farms generate enough power to supply approximately 600,000 households in Germany annually.

Samuel Leupold, member of DONG Energy's Executive Committee and CEO of Wind Power, says: "We're proud to officially inaugurate our latest German offshore wind farms today. The wind turbines at Gode Wind 1 and 2 are already generating clean power off the coast of Norddeich, and our next German offshore wind farm, Borkum Riffgrund 2, is well underway. These large-scale projects are testament that offshore wind has become a reliable, predictable and cost effective technology which will contribute significantly to Germany's energy transition."

Uwe Beckmeyer, German Parliamentary State Secretary, says about the future of European energy supply: "Through technological progress, system services and efficiency, the offshore wind industry has become a driver in the energy industry and focuses on strengthening competitiveness in export, innovation and digitization. A strong home market is a crucial factor in this regard."

The opening ceremony will also include a panel discussion on the topic of 'Unlimited energy from the North Sea: Essential for the European energy transition?' The participants, Kristoffer Böttzauw, Danish Deputy Secretary of State, Olaf Lies, Lower Saxony's Minister of Economic Affairs, and Samuel Leupold from DONG Energy, will discuss the future of the European energy transition, visions and the basic framework needed in Europe to ensure steady, continuous build-out.

In spring 2017, DONG Energy took part in the first of two German auction rounds for offshore wind energy. All three awarded projects - with a total capacity of 590MW - are located in the German North Sea. They are expected to be completed by 2024, subject to final investment decision which is expected to be made in 2021. Two of the awarded projects, OWP West and Borkum Riffgrund West 2, will be realized without any subsidies. The Gode Wind 3 project will receive EUR 60 per MWh in the subsidy period.