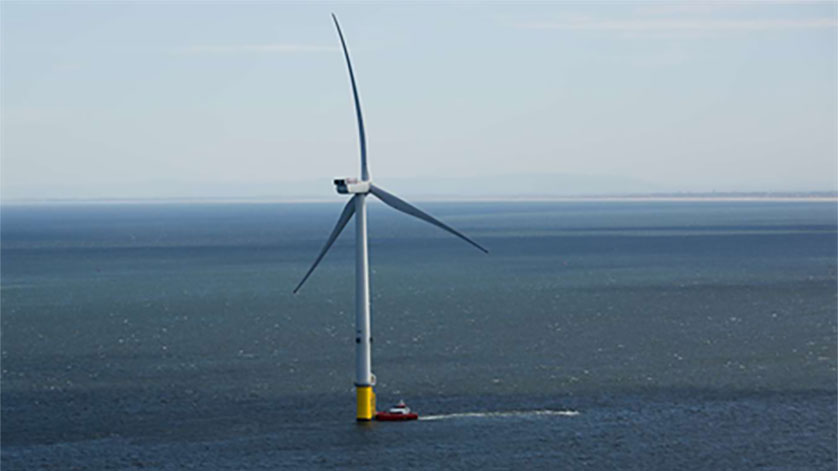 As part of its ongoing commitment to bring cleaner energy to its customers, Dominion Energy Virginia is moving forward on the mid-Atlantic’s first offshore wind project in a federal lease area. It has signed an agreement and strategic partnership with DONG Energy to build two 6-megawatt turbines off the coast of Virginia Beach.

The two companies will now begin refining agreements for engineering, procurement and construction. Dominion Energy remains the sole owner of the project.

Engineering and development work on the newly named Coastal Virginia Offshore Wind project is expected to begin immediately by DONG Energy to support the targeted installation by the end of 2020. The timing for construction depends on many factors such as weather and protected species migration patterns.

The project is an important first step toward offshore wind development for Virginia and the United States. It would be only the second offshore wind project in the nation and the first owned by an electric utility company. Along with clean energy, it will provide Dominion Energy with valuable experience in managing offshore wind resources.

“Virginia is now positioned to be a leader in developing more renewable energy thanks to the Commonwealth’s committed leadership and DONG’s unrivaled expertise in building offshore wind farms,” said Thomas F. Farrell, II, Dominion Energy’s chairman, president and chief executive officer. “While we have faced many technological challenges and even more doubters as we advanced this project, we have been steadfast in our commitment to our customers and the communities we serve.”

“Today marks the first step in what I expect to be the deployment of hundreds of wind turbines off Virginia’s coast that will further diversify our energy production portfolio, create thousands of jobs, and reduce carbon emissions in the Commonwealth,” said Gov. Terry McAuliffe. “Hampton Roads has the ideal port assets and talented workforce to attract and house the offshore wind business supply chain to support not only Virginia’s commercial wind area, but also wind farms under development in Massachusetts, New York, and Maryland. Today's announcement advances our efforts to build a new Virginia economy that is cleaner, stronger, and more diverse.”

“DONG Energy is the energy supplier in Europe that has come the farthest in the transition to renewable energy, and we are excited to bring our expertise to America,” said Samuel Leupold, executive vice president and CEO of Wind Power at DONG Energy. “This project will provide us vital experience in constructing an offshore wind project in the United States and serve as a stepping stone to a larger commercial-scale partnership between our companies in the future. We see the tremendous potential in the Mid-Atlantic for emission-free, renewable wind generation and we are excited to help the Commonwealth in reaping the benefits of wind power.”

This phase one development of two wind turbines will be built approximately 27 miles off the coast of Virginia Beach on a 2,135-acre site leased by the Virginia Department of Mines, Minerals and Energy. The project opens the door to long-term commercial wind development. It will provide the critical operational, weather and environmental experience needed for large-scale development in the adjacent 112,800-acre site leased by Dominion Energy from the Bureau of Ocean Energy Management (BOEM). Full deployment could generate up to 2,000 megawatts of energy – enough to power half a million homes.

The two companies have signed a memorandum of understanding which gives DONG Energy exclusive rights to discuss a strategic partnership with Dominion Energy about developing the commercial site based on successful deployment of the initial test turbines.

The project continues what previously was called the Virginia Offshore Wind Technology Assessment Project (VOWTAP). Dominion Energy began work on the project in 2011 as part of a Department of Energy grant to develop and test new wind technologies that could lower the cost and withstand hurricanes. During that time key achievements were made to advance the project including: Approval of the Research Activities Plan by BOEM and environmental studies, which included avian and bat surveys, as well as assessments of ocean currents, archeological conditions, and whale migration patterns.