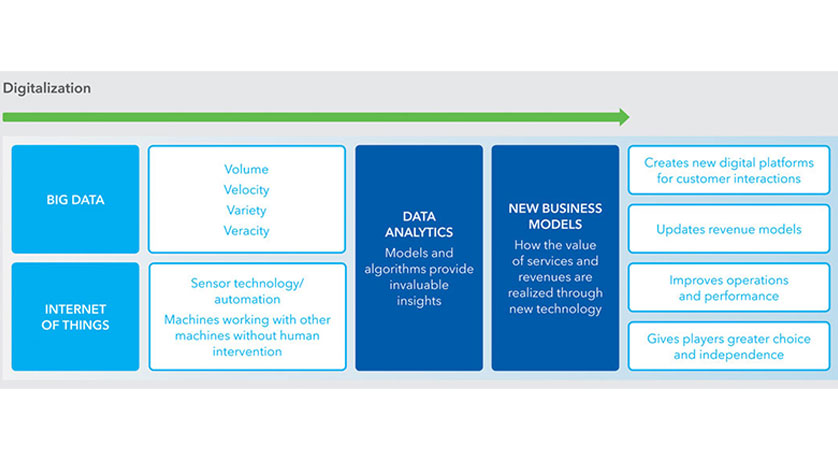 The oil and gas industry is increasingly recognizing the need to overcome data quality issues and manage the ownership, control, sharing and use of data. As a trusted third party, DNV GL is now launching an industry data platform - Veracity - to facilitate frictionless connections between different industry players, domain experts and data scientists.

DNV GL has for years worked with oil and gas companies on big data projects focusing on reduced downtime, improved safety, predictive maintenance, performance forecasting, energy efficiency and real-time risk management. A key learning from such big data projects is that data quality is a major barrier to overcome.

“A distinctive element of our new industry data platform is therefore that it combines domain expertise and data science to put quality assured data – the veracity of data - at the centre and facilitate industry-wide collaboration and innovation. The aim is to not only build trust, but also boost knowledge and encourage collaboration. The industry needs to be successful at this to leverage the benefits of digitalization,” says Elisabeth Tørstad, CEO, DNV GL – Oil & Gas.

Remi Eriksen, President and CEO of DNV GL, explains, “The potential for using data more smartly in our industries is enormous. Companies have always turned to us for independent, expert assessments and best practices – to build trust in the safety, efficiency and sustainability of their physical assets and operations. Now, we are exercising this same role in the digital domain with our Veracity industry data platform, designed to help companies leverage the ever-increasing amount of data from multiple sources. We are not looking to own data, but rather to unlock, qualify, combine and prepare data for analytics and benchmarking.”

Other main findings from the industry outlook research show significant regional differences in the uptake of digitalization. While globally 39% of senior oil & gas professionals report an increased focus on digitalization since the downturn, only 28% in Latin America and 32% in North America report the same. On the other hand, respondents in Asia Pacific and Europe have been those most focused on digitalization 40% and 42% respectively. However, most regions show the same interest in implementing/investing significantly in digitalization, with a variance of just 2% - from Latin America at 20% to Europe at 22%.