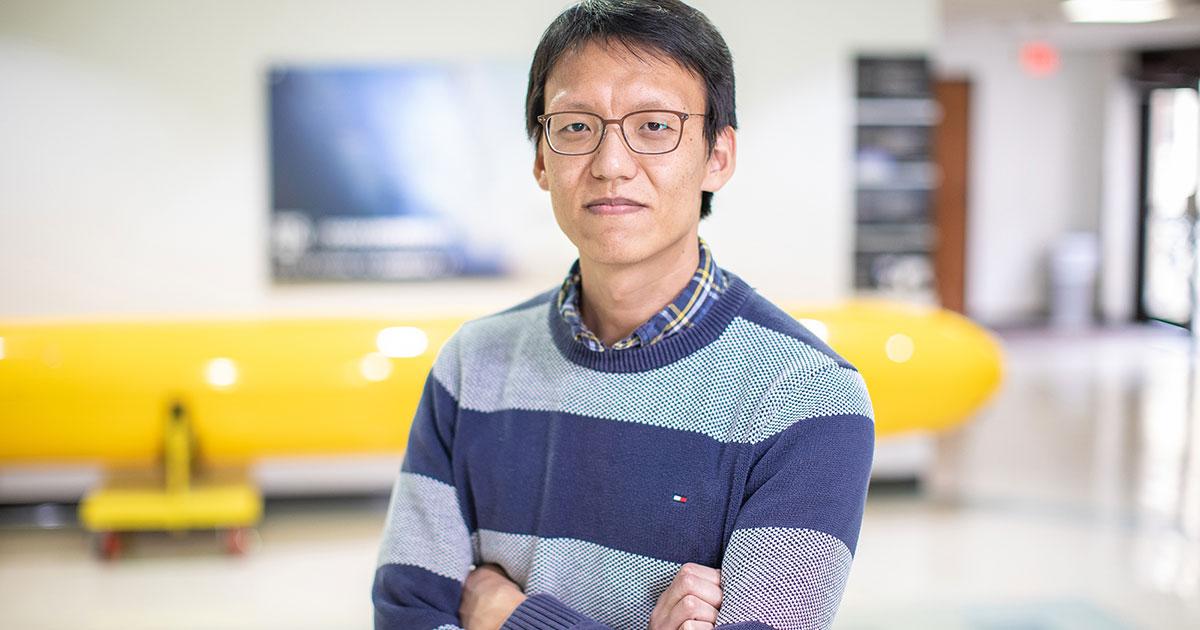 The quest for clean energy sources has been ongoing for many years, with minimal results. This could all change with the development of a single device that will lie on the water’s surface and utilize the ocean waves to generate electrical power.

HeonYong Kang, a research assistant professor in the Department of Ocean Engineering, first began working on this idea in 2015 as the result of the U.S. Department of Energy’s (DOE) Wave Energy Prize Competition.

Kang’s project is the development of a surface riding wave energy converter (SR-WEC). While the initial applications will be a stepping stone to eventually utilizing the renewable and clean ocean energy in the commercial sector, the SR-WEC will be further developed to be a competitive power supply for the large-scale grid connected system. The first goal is to supply maritime markets, then supply the large-scale connected system.

“In this project, we develop and test the SR-WEC in a form of scaled prototype, which can eventually supply electricity to various maritime markets at a competitive cost,” said Kang, lead principal investigator on the project. “The maritime markets to benefit from this technology include ocean observation and navigation, underwater vehicle charging, desalination, marine aquaculture, marine algal biofuels, seawater mining, offshore data center, disaster resiliency and recovery, and isolated power systems.”

Kang and his team of interdisciplinary researchers will be faced with some limitations regarding the development of the scaled prototype of the SR-WEC due to being in the early stages of developing the technology required for wave energy conversion into electrical power.

“There are multiple aspects we need to make efforts along the technical development,” Kang said. “It spans from fabricating the scaled prototype out of limited suppliers and building connections in the industry, to educating the public of the SR-WEC and its potential impact on society.”

The most challenging aspect of the project has been to develop the preliminary system with minimal support. The DOE identified $23 million for projects in next-generation marine energy devices and selected 12 research projects, including Kang’s project. The grant will help to further develop and test the prototype and prepare it for open-sea testing by the end of the project in 2022.

“I am most excited to unlock the renewable ocean wave energy and eventually resolve energy challenges in the various maritime markets,” Kang said.