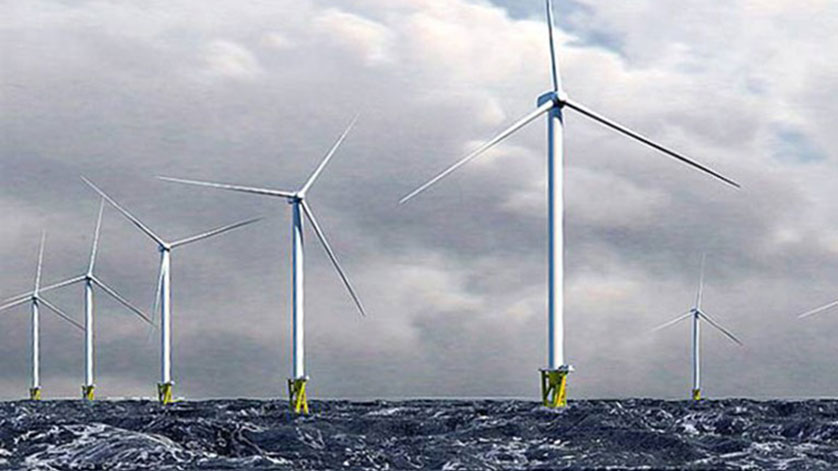 The Carbon Trust’s Offshore Wind Accelerator (OWA), a collaborative RD&D programme funded by nine leading offshore wind developers and the Scottish Government, has launched a competition targeted at finding new ways to inspect offshore wind substructures and reduce the cost of offshore wind. The competition is open to innovators with inspection technologies that can provide information and data on grout integrity and welds for both monopiles and jackets.

Winners of the competition will get the chance to test their technologies on installed foundations at fully operational wind farms in Europe, as well as receive hands-on mentoring and advice from the nine OWA industry partners, which collectively representing over 75 per cent of the European market. The aim of the competition is to help these new technologies access the large potential market and become part of the normal subsea inspection strategy for offshore wind developers.

Analysis carried out as part of the OWA’s Underwater Inspection Methods study has shown that there is a real need for innovation in the offshore wind subsea inspection sector. As of January 2017, there were over 3,500 turbines installed in Europe, representing a cumulative total of over 12.5GW installed capacity. Over 80 per cent of these turbines are built using monopole structures, which have grouted joints. Over the next decade European offshore wind capacity is predicted to almost triple, and the monopile is set to continue in popularity.

Current estimates show that around 35-40 per cent of the monopile fleet, majority of the pre-2012 structures, have potentially been affected by issues relating to grouted joints, for example corrosion caused by harsh marine environment. Additionally many of the structures built post-2012 will require performance monitoring. New designs such as jackets, which are constructed using welded nodes are also coming online and these will present new inspection challenges for the industry.

At present, the methods to inspect grouted connections and welds are very limited and do not provide sufficient resolution of data for offshore wind developers. Therefore, there is limited knowledge on the integrity of the structures which can lead to costly high levels of precaution in the inspection regime, such as conservative preventative maintenance or more regular inspections. By providing a solution that can provide asset owners with the knowledge they require, costs can be reduced significantly and the inspection regimes optimized.

Industry standards require that a sample of offshore wind subsea structures within each farm (typically 5-15 per cent) are subjected to periodic inspection. This can be carried out at varying intervals, depending on the standards used but would typically occur every 4-5 years per wind farm. If defects, or greater levels of corrosion than expected, are observed then the inspection programme can call for wider (up to full farm, in the case of a serious generic problem) or more frequent inspections.

Michael Stephenson, Project Manager for the Foundations Research Area, commented: “Offshore wind is now well established in Europe, and is truly entering its operational phase. This comes with fresh challenges but also many opportunities for both new innovation and technology transfer from other industries; this competition represents one such opportunity. The Offshore Wind Accelerator is focused on continuing to reduce the costs of offshore wind, and with this call it is hoped that we can find the next generation of inspection technologies to help the industry continue to drive down prices.”

Periodic maintenance specifications will also be a feature of emerging markets in US, Taiwan, Korea and Japan which present further opportunities for new technologies that can prove cost-effective.

The competition will run until 13 October 2017, and clarification questions should be sent to the Carbon Trust by 1 September 2017.

Details of the competition can be viewed here.