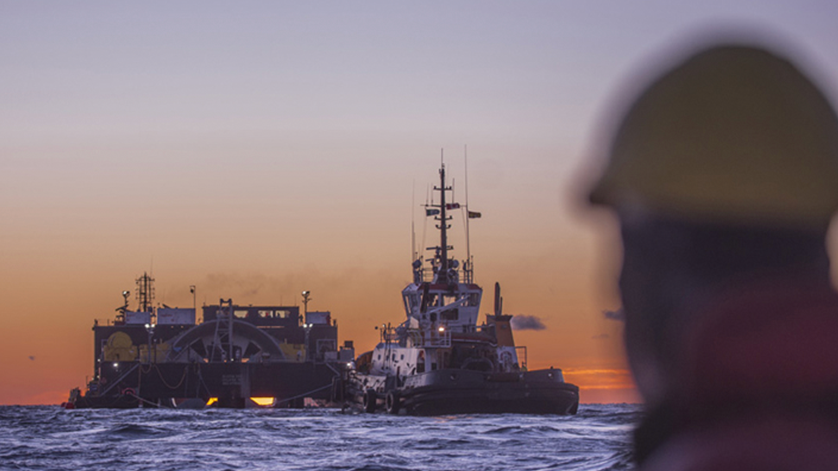 North America’s most powerful tidal turbine, an OpenHydro 2MW machine, is now lighting up homes in Nova Scotia after being successfully connected to the grid.

Cape Sharp Tidal - a joint venture between Emera and OpenHydro, a DCNS company - deployed the Open-Centre Turbine on November 7th at the Fundy Ocean Research Centre for Energy (FORCE) in just two hours.

Twenty-four hours after deployment, the project’s marine operations team safely connected the turbine’s subsea cable with the FORCE subsea cable, which connects to the on-shore sub-station.

Thierry Kalanquin, Chairman of OpenHydro and Senior Vice President, Energy and Marine Infrastructure at DCNS, said: “This is a huge achievement for Cape Sharp Tidal, a company combining DCNS, OpenHydro and our partners Emera. Last week, the Open-Centre Turbine supported the most powerful tidal stream of the year without any stress to the system. The successful delivery of this turbine, the most powerful in North America, also represents a significant milestone for the global tidal industry.

“When it is joined by a second device in 2017, Cape Sharp Tidal will be one of the largest generating, in-stream tidal energy arrays anywhere in the world. The project is providing us with unique insights into what is required to build commercial scale arrays. It will help us accelerate delivery of the pipeline of ocean energy projects we have secured across the globe and grow our position at the forefront of the tidal power industry.”

The entire turbine system, including all monitors and communications links, is being thoroughly tested, prior to being fully commissioned in a number of weeks.

Cape Sharp Tidal has invested tens of millions of dollars to develop the local tidal industry and supply chain – meeting its commitment to spend 70 per cent of project costs in Nova Scotia. More than 300 people have been employed on the project in areas such as fabrication, environmental monitoring, engineering, health and safety and marine services.

Data is being collected from a number of monitoring devices mounted on the turbine to collect information on fish and mammal interactions with the turbine. Monitoring reports will contribute to a growing international body of research.

The completed demonstration project will displace the need to burn about 2,000 tons of coal, and eliminate 6,000 tons of greenhouse gas (GHG) Co2 emissions.