BP Decides Not to Proceed with Great Australian Bight Exploration 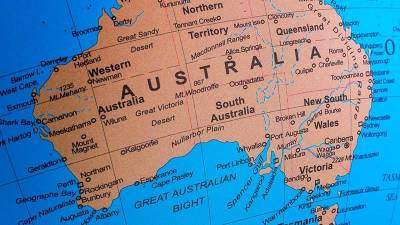 BP has taken the decision not to progress its exploration drilling program in the Great Australian Bight (GAB), offshore South Australia.

The decision follows the review and refresh of BP’s upstream strategy earlier this year, which included focusing exploration on opportunities likely to create value in the near to medium term, primarily building on BP’s significant existing upstream positions.

BP has determined that the GAB project will not be able to compete for capital investment with other upstream opportunities in its global portfolio in the foreseeable future.

“We have looked long and hard at our exploration plans for the Great Australian Bight but, in the current external environment, we will only pursue frontier exploration opportunities if they are competitive and aligned to our strategic goals. After extensive and careful consideration, this has proven not to be the case for our project to explore in the Bight,” said Claire Fitzpatrick, BP’s managing director for exploration and production, Australia.

“This decision isn’t a result of a change in our view of the prospectivity of the region, nor of the ongoing regulatory process run by the independent regulator NOPSEMA. It is an outcome of our strategy and the relative competitiveness of this project in our portfolio.”

Fitzpatrick said BP has informed federal and state governments of its decision.

“This decision has been incredibly difficult and we acknowledge it will be felt across the South Australia region. We have made significant progress with preparations for drilling in the Bight with the support of communities and federal, state and local governments. We acknowledge our commitments and obligations and our priority now is to work with government and community stakeholders to identify alternative ways of honoring these.”

“BP is a long-term, significant investor in Australia, most visibly through our retail network and refinery and also as partners in the North West Shelf and Browse ventures,” added Fitzpatrick. ”We expect to continue to consider further opportunities to invest and grow our business here.”

BP was awarded exploration licenses for four blocks in the Ceduna area of the GAB in January 2011. Seismic data was acquired in the area in late 2011-early 2012. Statoil acquired a 30% interest in the licenses in 2013, BP remained operator with 70% interest.

BP has a contract with Diamond Offshore Drilling for the provision of a new Moss CS60E design semisubmersible drilling rig, which Diamond commissioned Hyundai Heavy Industries to build and is specially designed for use in deep water and harsh marine environments. BP’s decision does not impact this rig contract.