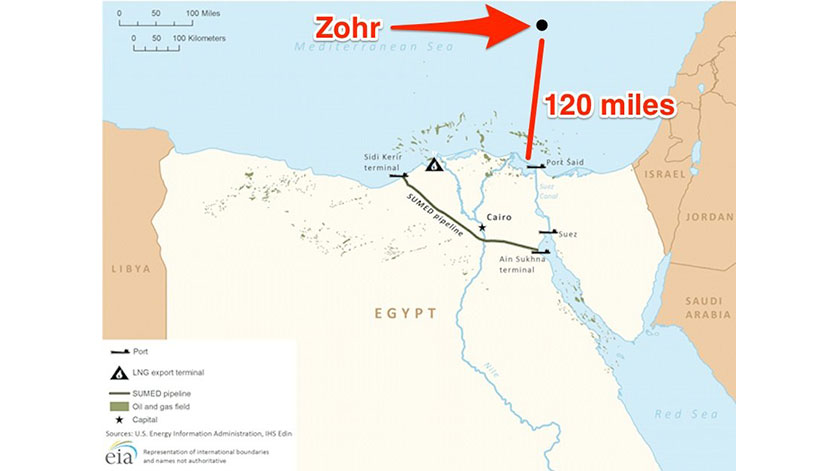 BP has confirmed that production has started from the super-giant Zohr gas field, offshore Egypt. The field is operated by Eni, through its joint venture with The Egyptian General Petroleum Corporation (EGPC), and is the largest natural gas discovery yet to be made in the Mediterranean Sea.

Delivery of first gas from Zohr completes BP’s programme of seven Upstream major project start-ups in 2017. Zohr follows the earlier start-ups of the Khazzan project in Oman, Persephone in Australia, Juniper and the Onshore Compression project in Trinidad, Quad 204 in the UK, and the first phase of the West Nile Delta project, also in Egypt.

Bob Dudley, BP group chief executive, said: “We are proud to have worked with Eni, Rosneft and the Egyptian government to deliver a project that is strategically important for Egypt and will help meet the country’s growing energy demand.

“This is also an important strategic milestone for BP, marking the completion of one of the biggest development programmes we have ever delivered in a single year. Seven new upstream projects around the world have been brought safely into production in 2017, on average under budget and on schedule. We’re well on the way towards our goal of delivering 800,000 barrels a day production from our new projects by 2020.”

The Zohr gas field was discovered by Eni in August 2015 and is estimated to have a total potential of up to 30 trillion cubic feet of gas in place. Eni through its joint venture Petrobel operates the Shourouk concession that contains the Zohr field. BP completed its purchase of a 10% interest in the concession from Eni in February 2017 and Rosneft purchased a 30% interest from Eni in October 2017.

Hesham Mekawi, Regional President, BP North Africa commented: “The development of Zohr in a record time has brought a new critical source of energy to the Egyptian market. BP’s two other current major projects in Egypt – Atoll and the second phase of the West Nile Delta project – will bring further new gas resources into production. Together these projects will play an important role in supporting and reshaping Egypt's energy sector.”