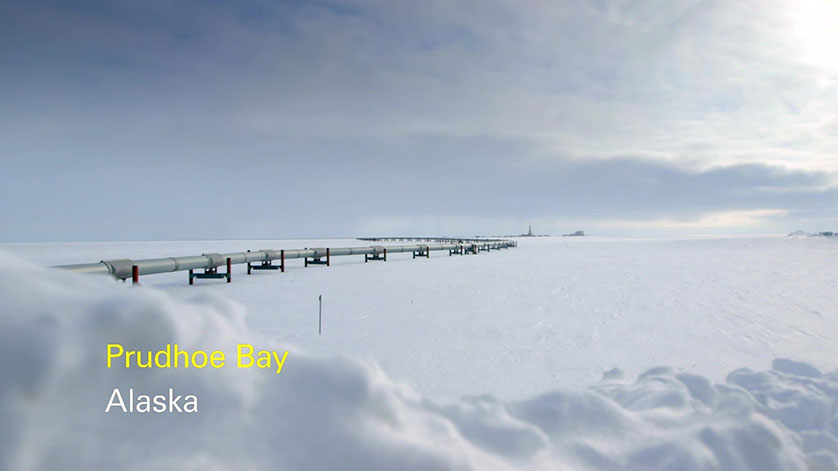 The BP-operated Prudhoe Bay oil field in Alaska has reached 40 years of production, a milestone highlighting its historic contribution to US energy security and ongoing role as a key economic engine for the region and nation.

Since the giant oil field on Alaska’s North Slope began production, it has generated more than 12.5 billion barrels of oil - far exceeding initial projections - making it the most productive US oil field of all time.

“Forty years is extraordinary for a field that was supposed to have a 30-year life,” said BP Upstream chief executive Bernard Looney. “With continued innovation and investment, the expertise of our people and an unwavering commitment to safe and reliable operations, we firmly believe that the story of Prudhoe Bay is far from over.”

Prudhoe Bay oil production started on June 20, 1977, and began flowing 800 miles down what was then a newly constructed Trans Alaska Pipeline System (TAPS) to Valdez, where it was loaded onto tankers to supply markets on the US West Coast.

The original estimated recovery for Prudhoe Bay was 9.6 billion barrels. However, an additional 3 billion barrels so far have been unlocked through innovations in oilfield technology. Indeed, the field has been a proving ground for advanced drilling techniques, including multi-lateral and coiled tubing, now employed by oilfields across the globe. It also has been a global hub for testing and deploying emerging enhanced oil recovery technologies that BP pioneered and that are now integral to Prudhoe Bay operations and other parts of BP’s portfolio.

Today, while production has fallen from historic peaks due to natural decline, Prudhoe Bay remains the third-largest oil field in the US by proved reserves, behind the Eagle Ford Shale and Spraberry fields in Texas, and a major source of domestic oil production, with current output at approximately 281,800 barrels of oil equivalent per day. In addition, Prudhoe Bay continues to support more than 16,000 Alaska jobs and supplies 55 percent of all Alaska oil production. And over the last four decades, the State of Alaska has earned $141 billion in revenues from North Slope production and development.

“The field has repeatedly defied the odds and remains a major contributor to US energy security and to the state’s economy,” said Janet Weiss, president of BP’s Alaska region. “Today, we celebrate this extraordinary history, and look forward to working with the State of Alaska to ensure that Prudhoe Bay has an equally bright future."