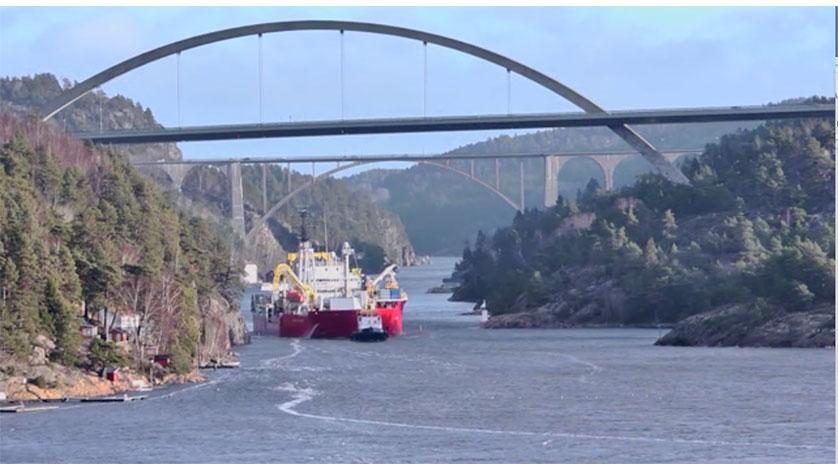 The first of the two 400 kV onshore cable links and the high voltage accessories have been installed successfully and tested on site. At the same time, the Nexans factory in Norway has completed the manufacturing of the 220 kV offshore cable and loaded the final section onto the Group’s Skagerrak cable laying vessel for the journey across the North Sea to the Moray Firth, where it will be installed and later trenched into the seabed by Nexans’ unique Capjet system.

The Beatrice Offshore Windfarm project, scheduled to be fully operational by 2019, is a joint venture between SSE, Copenhagen Infrastructure Partners and Red Rock Power Limited - the UK subsidiary of China’s SDIC Power Holding Co. Located in the Moray Firth it will be Scotland’s largest windfarm, with the combined output of 84 turbines capable of generating enough electricity to power approximately 450,000 homes.

To export the energy from the windfarm to the grid, the two offshore cables take a route of 70 km along the seabed to a landfall point to the west of Portgordon on the Moray coast. A transition joint bay then connects them to the onshore cable system, which takes a 20 km route to Blackhillock substation. From there, the 400 kV onshore cables will transmit the electricity to the grid.

Nexans was awarded the turnkey contract to design, manufacture, test, deliver, and install both circuits of the complete power transmission cable system. This included the delivery of a total of 265 km of cables, including 145 km of 220 kV offshore cables, 115 km of 220 kV and 5 km of 400 kV onshore cables and the associated high voltage accessories.

Nexans completed the laying and burial of the first offshore cable route in 2017 and connected it to the offshore platform in February 2018. In March 2018, Nexans installed the 400 kV onshore circuits and their outdoor sealing ends using its expertise of carrying out the termination works horizontally prior to connecting them vertically at Blackhillock substation.

“The Beatrice project perfectly illustrates our capacity to deliver turnkey grid connection solutions for offshore windfarms,” said Vincent Dessale, Senior Executive Vice President for the Subsea and Land Systems business group at Nexans. “For many years Nexans has been committed to facilitating the energy transition in Europe and worldwide, and we are proud to contribute to building Scotland’s largest windfarm.”