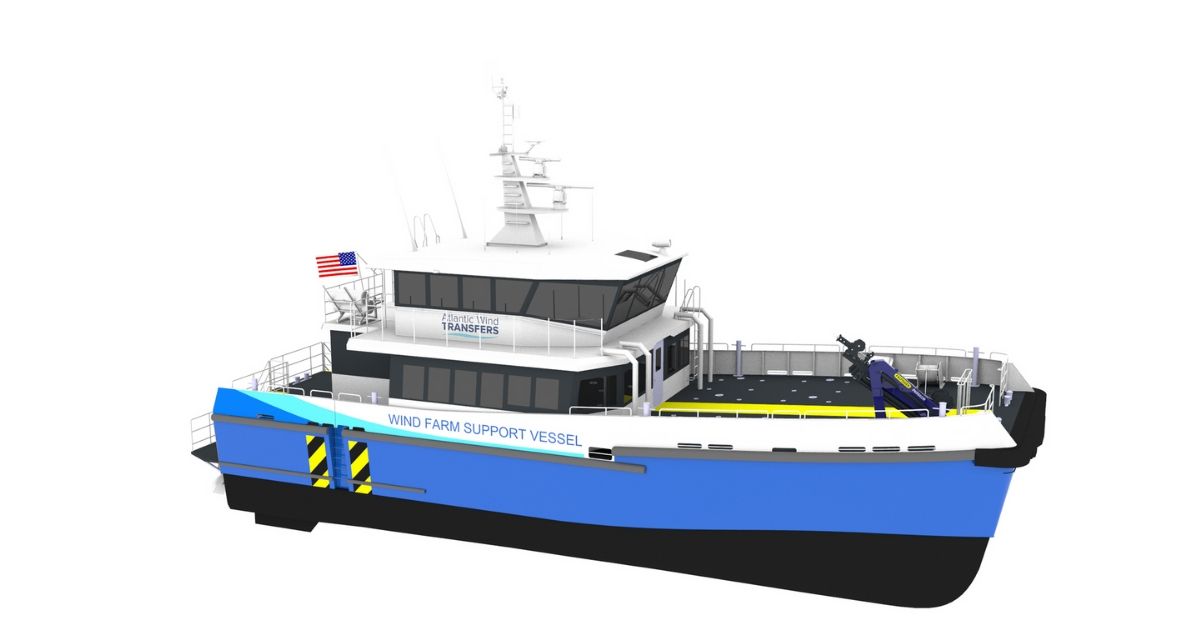 Atlantic Wind Transfers based in Quonset Point, Rhode Island has secured its second long-term O&M Crew Transfer Vessel (CTV) contract in the U.S. to provide offshore marine support services for the Siemens Gamesa offshore wind turbines to be installed for the first offshore wind project in U.S. federal waters. The project is being developed by Richmond, Va.-based Dominion Energy.

Atlantic Wind Transfers was selected by Dominion Energy through a competitive bid process and this contract solidifies the company’s role as a leader in crew transfer vessel services for the U.S. market along the East Coast. The crew transfer vessel will be based out of Virginia’s Hampton Roads region.

Atlantic Wind Transfers is the first CTV owner/operator in the U.S.; operating the “Atlantic Pioneer” built in 2016 originally under a contract with Deepwater Wind for the installation and operations & maintenance of the five GE 6 megawatt turbines off Block Island, Rhode Island. The Atlantic Pioneer currently has a long-term contract with Ørsted providing offshore marine support services for the Block Island Wind Farm, transporting GE technicians/cargo along with Ørsted personnel performing maintenance year-round.

Atlantic Wind Transfers was selected based upon its marine experience and safety track record in operating the first crew transfer vessel in the U.S. for the Block Island Wind Farm. Charles A. Donadio, Jr., CEO of Atlantic Wind Transfers, said: “I am proud that my company was selected to provide CTV services for the first offshore wind farm in federal waters. We are looking forward to bringing our years of experience, reliability and safety standards to the table to make this offshore wind farm a huge success.”

Mr. Donadio said he plans to launch and commission his new-build Chartwell 24 CTV directly into the long-term charter contract upon delivery from Blount Boats in Warren, Rhode Island later this year. “This next-generation Jones Act compliant CTV design will set the bar to the highest standards meeting all U.S. Coast Guard Regulations and Certifications to operate up to 150 miles offshore. It’s exciting to be involved and working on the first two offshore wind farms in the U.S.”