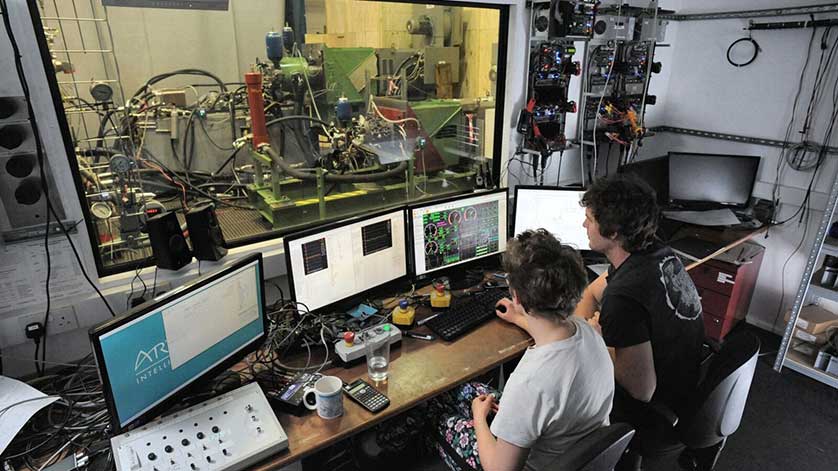 Artemis Intelligent Power and Quoceant have together secured £2.5 million from Scottish agency Wave Energy Scotland to trial a prototype which aims to transform the slow back and forth motion of waves into a reliable and cost-effective stream of electricity.

The duo has developed a technology dubbed ‘Quantor’ which for the first time includes the use of digital displacement® hydraulics to tame the massive but slow and erratic power output of wave energy machines.

Commenting on the contract Dr. Niall Caldwell, Managing Director of Artemis Intelligent Power Ltd, said, "We believe our system is a fundamental advance in capturing the mechanical power generated by renewable sources. We have combined the established advantages of hydraulic power – controlling tremendous forces in harsh environments at comparatively low cost – with the latest in smart digital control, to enable dramatic improvements in efficiency and controllability of wave energy devices.”

Now with Wave Energy Scotland’s backing, they will be able to build and demonstrate a complete hybrid power transmission on a unique laboratory test-rig. This will simulate the behavior of a wave energy converter responding to a range of different real sea conditions. Their new innovation has been developed in tandem with engineering consultancy Quoceant, whose team pioneered the Pelamis wave energy device.

“Quoceant’s engineers have accumulated thousands of sea hours of practical experience in hydraulic power systems, and we have already proven in the lab that the Quantor concept performs as we expected,” Caldwell says. “Now we will have the opportunity to combine our knowledge to build and demonstrate a completely realistic power conversion system that has the capacity to work at sea.”

Artemis, which was bought by Mitsubishi Heavy Industries in 2010, already uses elements of the same technology to power the world's largest floating offshore wind turbine which is currently operating 20 km offshore of Fukushima in Japan, for which Artemis was awarded the MacRobert Prize in 2015 – the UK's highest award for engineering innovation.

“The core technology we will develop in our project also has wider application in large established markets worldwide,” Caldwell says. “This can be wherever mechanical power needs to be efficiently controlled – from excavators to trains to heavy trucks – where it can dramatically lower the fuel consumption at a much lower cost than electric hybrid drives.”

The Quantor project was one of three technologies chosen by Wave Energy Scotland to be included in their power take-off (PTO) development program.

The award recipients are:

Each project will involve demonstration and testing of scale prototypes in a representative environment and cover a range of technology options: digital hydraulics, electrical linear generation and a ball-screw generator. A total of £7.5m has been awarded for the projects which will be completed over the next two years.

WES Managing Director Tim Hurst said, “After an extensive evaluation process, these technologies were assessed to be the best in the program and worthy of further development. This represents a significant milestone for WES as projects from our first call reach an advanced stage of maturity. This takes us one step further towards finding the best solution for the power take-off component of a wave energy converter.”

Ross Henderson, Project Lead at Quoceant, said, “This project will benefit from the Quoceant team’s previous experience designing and operating state-of-the-art PTO systems for the Pelamis wave energy converter. The fundamental Quantor concept is both scalable and adaptable to many different proposed wave energy converters. It may also be applied to challenging controlled force and motion applications in the offshore oil and gas industry.”