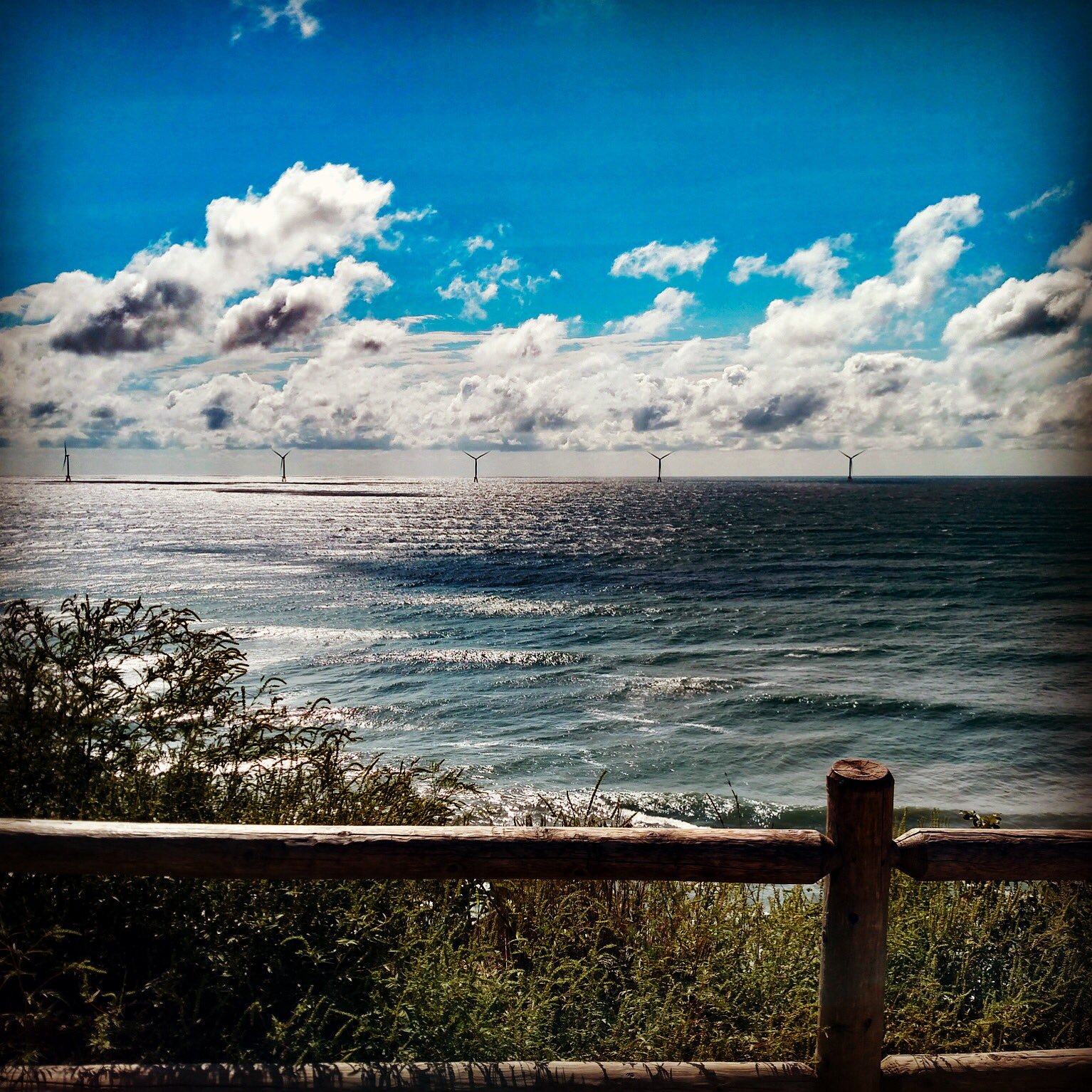 “Rhode Island is proud to be home to the nation’s first offshore wind farm – and I’m proud to be the only governor in America who can say we have steel in the water and blades spinning over the ocean,” said Rhode Island Governor Gina M. Raimondo. “As the Ocean State, we’re motivated by our shared belief that we need to produce and consume cleaner, more sustainable energy and leave our kids a healthier planet – but also by this tremendous economic opportunity. With this project, we’ve put hundreds of our local workers to work at-sea and at our world-class ports and are growing this innovative industry. I applaud Deepwater Wind for leading the way.”

“Our success here is a testament to the hard work of hundreds of local workers who helped build this historic project, and to the Block Islanders and the thousands more around the U.S. who’ve supported us every step of the way of this amazing journey,” said Deepwater Wind CEO Jeffrey Grybowski.

“America’s first offshore wind farm was built thanks to the ingenuity, innovation, investment, and collaboration of many people working together. These five massive turbines spinning above the ocean are technological marvels and a tribute to the outstanding work of our laborers, trade unions, engineers, and clean energy technicians. I hope that in addition to providing clean, renewable energy, the offshore wind model we’ve put in place here can generate more wind projects and good-paying jobs,” said U.S. Senator Jack Reed, a senior member of the Senate Appropriations Committee, and cosponsor of the Incentivizing Offshore Wind Power Act.

“It’s official: America’s first offshore wind farm is powering homes and businesses with clean, reliable energy,” said U.S. Senator Sheldon Whitehouse. “This is a historic milestone for reducing our nation’s dependence on fossil fuels, and I couldn’t be more thrilled that it’s happening here in the Ocean State. Congratulations to all of the many partners whose years of diligent planning and outreach have put Rhode Island at the forefront of clean energy innovation and positioned our offshore wind industry for growth.”

“The Block Island Wind Farm is a symbol of Rhode Island’s national leadership in one of the most innovative industries in the country,” said Congressman David N. Cicilline. “As a nation, we have an obligation to respond to the threats posed by climate change, and off-shore wind energy promises to help us reduce our carbon pollution and create good-paying, sustainable jobs right here in Rhode Island. The start of commercial operations at the Block Island Wind Farm is an important step that marks the beginning of a new era in America’s green energy industries.”

“Each step of the way, each milestone achieved in the life of the Block Island Wind Farm, has been building to this moment. This is a historic and groundbreaking project for Rhode Island and for our country. I am so proud and excited to see the blades of progress turning and the wind farm in operation,” said U.S. Congressman Jim Langevin.

Technicians from GE Renewable Energy, which supplied the project’s five offshore wind turbines, put the wind farm through its paces during the four-month testing period. The project’s crew transfer vessel, the Rhode Island-built Atlantic Pioneer, transported technicians to the wind farm around the clock.

“Rhode Island’s tradesmen and women were proud to partner with America’s leading offshore wind developer to help build this historic project,” said Michael F. Sabitoni, President of the Rhode Island Building and Construction Trades Council. “We’re confident that this is just the first of many offshore wind projects that will put Americans to work up and down the East Coast for decades to come as we commit to a renewable energy future.”

“We’ve made history here in the Ocean State, but our work is far from over,” Grybowski said. “We’re more confident than ever that this is just the start of a new U.S. renewable energy industry that will put thousands of Americans to work and power communities up and down the East Coast for decades to come.