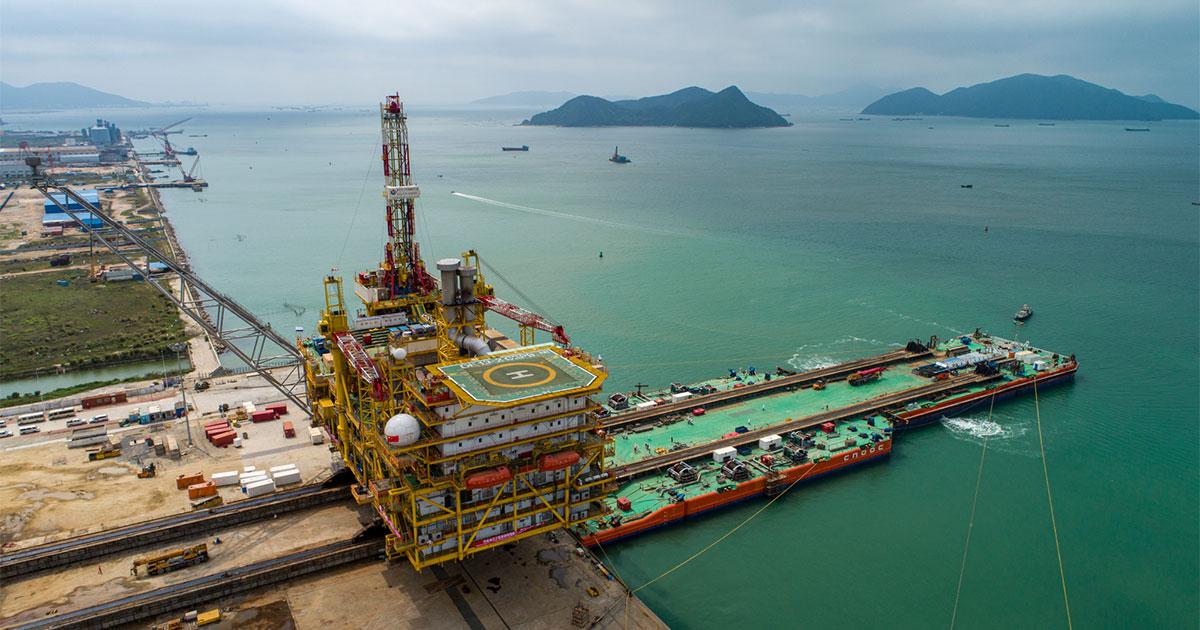 ALE performed an 18,000t topside load-out and floatover transportation from a yard in Zhuhai, China. The topside will form part of a new offshore platform in the South China Sea to support natural gas development in the region.

This was the first time this type of offshore load-out had been performed at the yard and ALE was commissioned for the project based on the team’s previous successful experience with the client. After the operation’s schedule was brought forward by two weeks, ALE needed to work to a demanding schedule that required efficiency and offshore engineering expertise. ALE’s advanced planning ensured this section of the project could be completed ahead of schedule.

ALE’s hydraulic skidding equipment was installed underneath the topside, with the skid tracks installed on a foundation of concrete blocks, before the skid shoes were positioned. This was followed by the installation of the strand jacks.

A strand jack skidded load-out was performed to move the topside onto a heavy lift barge. ALE performed the barge ballasting. The external ballast pumps were synchronized with the internal ones. The fully-integrated system saved installation time after the load-out as it could also be used for the floatover.

A computerised ballasting system surveyed the barge and monitored it with the quayside using software designed in-house. This provided ALE with real time automated level monitoring for the barge ballasting that was twice as accurate as other systems. A load-out supervisor was in direct communication with the ballasting control room, enabling ALE to provide a more efficient skidding operation.

ALE completed the floatover transportation to manoeuvre the topside into position on an offshore jacket in the Dongfang gas fields.

The Dongfang gas fields development project is located 132km west of Dongfang City. Once completed, the facility is expected to produce up to 43,000 barrels-of-oil-equivalent per day.