When an AUV Becomes a Towed Sonar: Birth of the T18-M 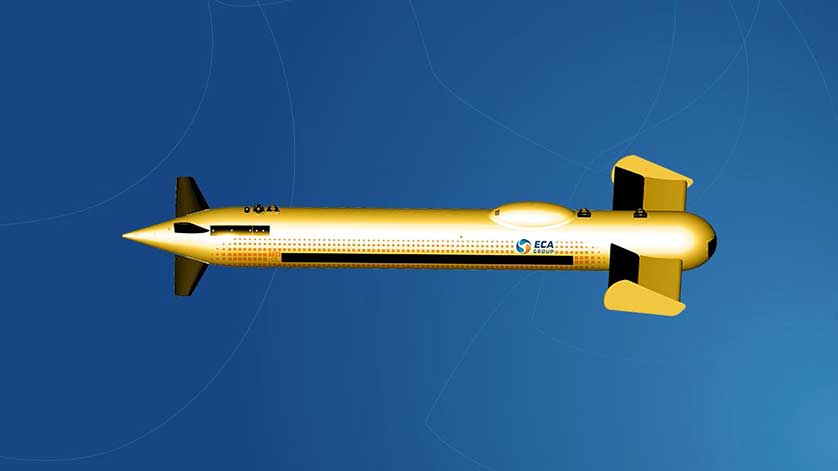 Experts in towed sonars for 40 years and in AUV for 30 years, the engineers of ECA Group imagined, from the beginning of its design in 2016, to convert the AUV A18-M in a towed sonar: the T18-M.

Ideal for implementation from a USV, the T18-M has the same launching and recovery system (LARS) as well as shared logistics with the A18-M. With the increasing number of drones, the pooling of LARS and logistic support has become a key point for the compactness and efficiency of both mother ships and USVs carrying drones.

T18-M, a towed sonar derived from the AUV: What are the benefits?

The T18-M is an A18-M on which the nose is replaced by one equipped with rudders and a towing point and thruster was removed at rear. Subsequent free space makes it possible to integrate a longer interferometric SAS sonar antenna to achieve the detection performance at highest speeds.

Like a conventional towed sonar, the T18-M meets all mine warfare recommendations (especially the detection or classification phases). Like the A18-M, it is produced in accordance with the STANAG 1364 to minimize acoustic and magnetic signatures and to be able to fly near mines without triggering them.

The T18-M is equipped with the AUV A18-M's inertial navigation system (FOG - INS + DVL) which, together with the USBL system of the USV, ensures very precise positioning in the minefield. 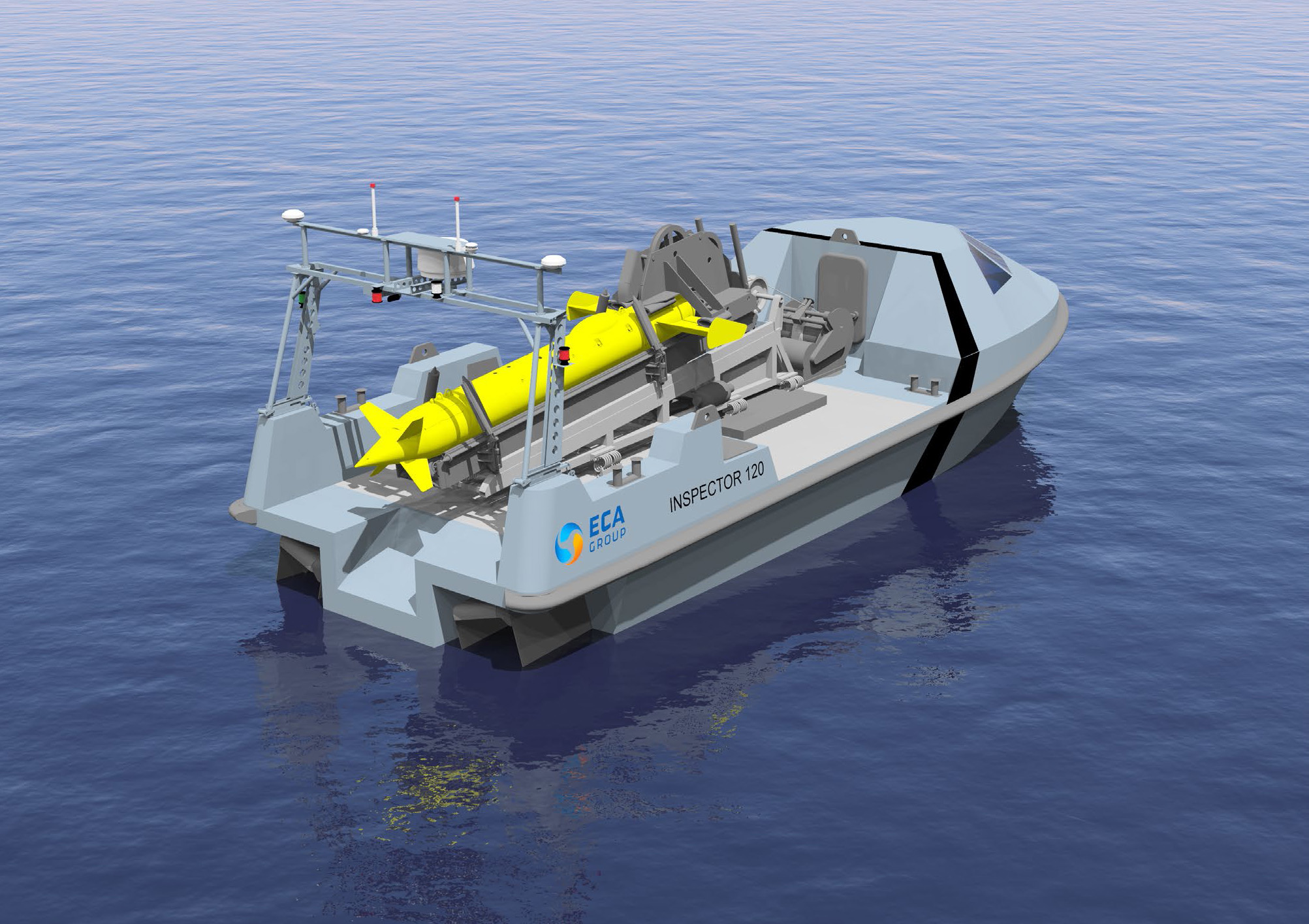 Conventional towed sonars receive their energy from the towline when the T18-M is self-powered. Without electrical conductors, the towing cable can be smaller and lighter which has several advantages:

For several decades, ECA Group has been supplying its military and scientific customers with sonar towed systems.

In the 1980s, ECA Group supplied a 6000m-deep towed sonar to IFREMER, which was used to search for the Titanic wreck.

In the 70s and 80s, ECA Group successively supplied several generations of sonar towed systems (DUBM 41, DUBM 42) to the French Navy for the detection of subsea mines. Thus, the nose of the T18-M is a design from DUBM42.

In the 2000s, ECA Group supplied the towed sonar systems of the German MJ2000 program. In 2016, ECA Group delivered to a foreign navy its USV INSPECTOR 90 equipped with TOWSCA towed sonar automatically launched and recovered by the USV.

ECA Group therefore has a great experience of these underwater vehicles and their LARS: cable, winch, power, positioning...

Derived from the A18-M, the T18-M benefits from all the experience of ECA Group in AUV. It inherits, on the one hand, the A18-M's positioning and navigation qualities and, on the other hand, the complete integration with ECA Group’s UMISTM systems and in particular the UMISOFTTM C2 suite.

T18-M reduces the cost of ownership of a drone system

With T18-M coupled with the A18-M in their UMISTM system configuration, the logistics of the UMISTM systems are optimal: The two underwater systems, which are the most bulky on USV, share the same LARS. The number of equipment and supervision software is reduced accordingly. As a result, USVs can be smaller at equal performance.

The logistic footprint of the UMISTM system is doubly reduced on the one hand because T18-M and A18-M share tools, spares or maintenance benches and, on the other hand, because the USVs take up less space on board. Similarly, maintenance training and maintenance of both systems are common.

Relying on its 60 years expertise in providing the most performant drones for missions at sea (USVs, UUVs) and in the air (UAV), ECA Group created UMISTM (Unmanned Maritime Integrated System) systems, a comprehensive, safe, time and cost-effective robotics-based range of scalable systems of drones collaborating for a mission at sea.

UMISTM is especially suited to Navies and Homeland Protection operators engaged in battlefields and in survey or intervention missions at sea. Typical applications of this naval drones system are: