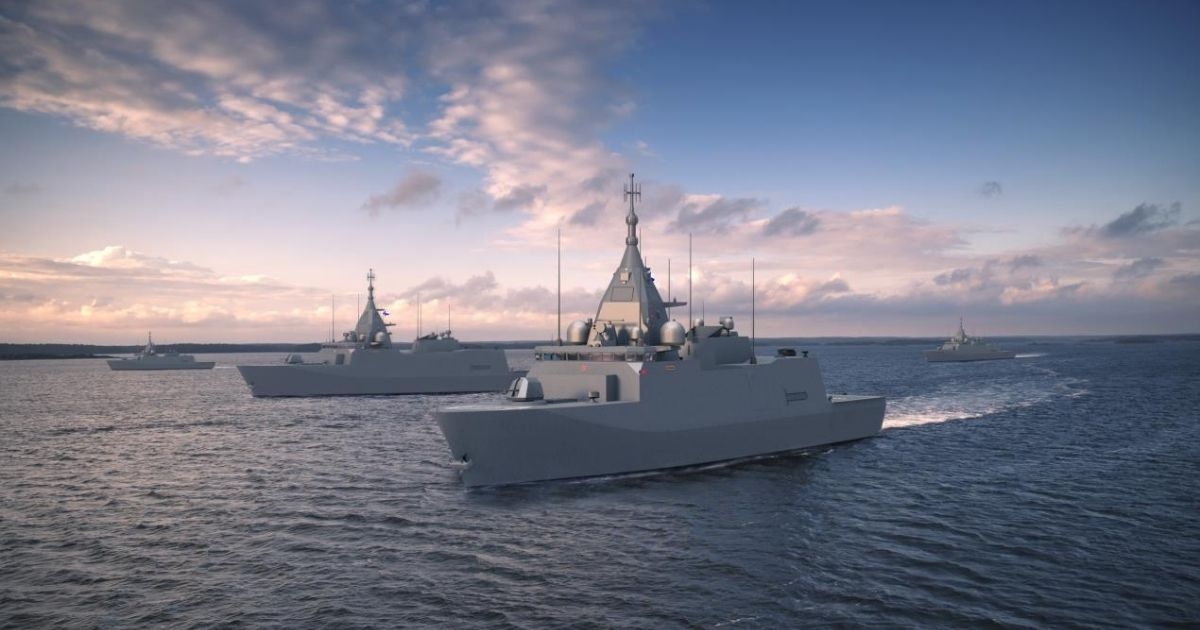 Vestdavit will supply a total of eight telescopic davits to the four corvettes being constructed for the Finnish Navy. Credit: Finnish Defense Forces

Persistence paid off for Vestdavit in winning its first order with the Finnish shipyard Rauma Marine Constructions (RMC) to supply davits for a series of the Finnish Navy’s four newbuild multi-role combat vessels, thereby bolstering its position in the wider Nordic naval market.

The Pohjanmaa-class corvettes are to be constructed at RMC’s shipyard in Rauma, Finland as part of the navy’s €1.23bn ($1.36bn) Squadron 2020 project to replace seven ageing vessels and each will be equipped with two of Vestdavit’s high-specification davits.

The advanced warships, with a length of 114m and beam of 16m, have an ice-strengthened hull for work in ice-bound waters and will be deployed on a diversity of missions including anti-surface warfare, anti-air warfare, anti-submarine warfare, surveillance and mine-laying.

Consequently, they required efficient davits with a high level of reliability and redundancy for rapid-response launch and recovery of interceptor and life-saving boats intended for such tasks.

“Adaptability to work in harsh environments with high sea states and compliance with shock requirements were important criteria in winning this major davit award on one of the Finnish Navy’s biggest newbuild projects to date,” says Vestdavit area sales manager Martin Sundgot Hansen.

“It is very positive for us to be chosen to supply davits for an entire new class of ship and demonstrates both RMC’s and the navy’s confidence in our ability to deliver mission-critical equipment.”

Vestdavit will supply a total of eight high-performing telescopic davits for the corvette quartet.

The groundwork for this key davit contract was actually laid around four years ago when Vestdavit first started working with RMC on the project, according to Hansen.

“Being able to enter the project at an early stage has enabled us to better understand the navy’s davit requirements on the newbuilds and tailor davit designs according to its specific needs,” he explains.

Hansen says RMC required an “extensive volume” of information on davit specifications in advance of the contract award and Vestdavit was able to call on its available resources based on an extensive track record of similar naval deliveries over the past three decades.

“These deliveries have enabled us to develop standardized documentation for RMC and this gives us a competitive advantage as we can provide the required information without prolonging the preliminary contractual process,” he says. “Investing these resources in the early phase provides confidence for RMC that we can deliver a turnkey solution in line with the proposed cost and workscope, which saves time both in the vessel planning and construction phases.”

Hansen believes “perseverance and the right technical solutions” were key factors in securing the landmark contract, as well as the low maintenance requirement for Vestdavit equipment that reduces lifecycle cost.

The contract will also require Vestdavit to establish a service base in Finland to support this delivery, as well as further possible orders in the wider Nordic region.

“In a broader perspective, it is important for Vestdavit to work with the navies of all Nordic countries given the need for regional collaboration on naval defense and this contract consolidates our position in that regard,” Hansen says.