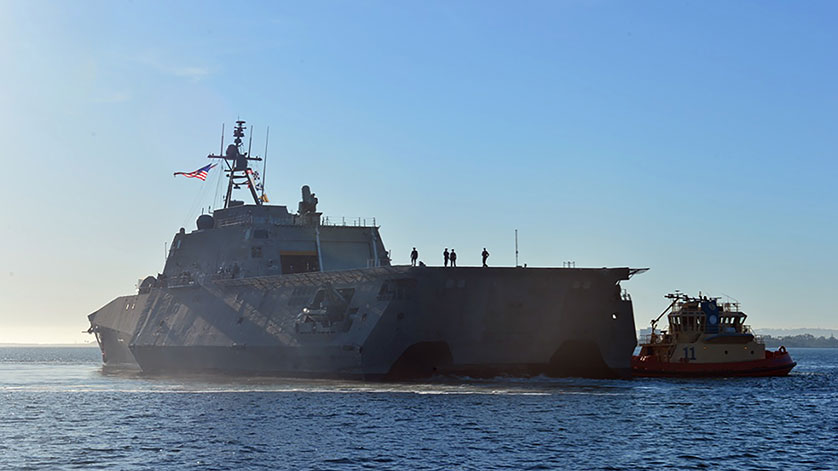 The trials, administered by the Navy's Board of Inspection and Survey, are part of a series of post-delivery test and trial events through which the ship and its major systems are exercised.

Constructed by Austal USA in Mobile, Alabama, the Independence-class vessel is the fourth vessel of the trimaran design. Montgomery is preceded by USS Independence (LCS 2), USS Coronado (LCS 4), and USS Jackson (LCS 6). Montgomery was christened Nov. 8, 2014, and commissioned Sept. 10, 2016, in Mobile.

LCS is a high-speed, agile, shallow draft, mission-focused surface combatant designed for operations in the littoral environment, yet fully capable of open ocean operations. LCS is complementary to the surface fleet, with the ability to counter and outpace evolving threats independently or within a network of surface combatants. Paired with advanced sonar and mine hunting capabilities, LCS provides a major contribution, as well as a more diverse set of options to commanders, across the spectrum of operations.