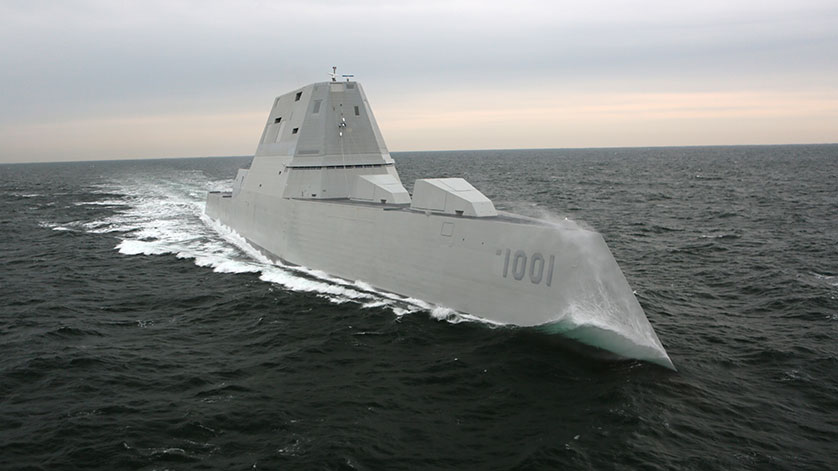 The U.S. Navy's Board of Inspection and Survey reviewed the ship and its crew during a series of demonstrations both pier side and underway, evaluating the ship's construction and compliance with Navy specifications.

Many of the ship's onboard systems including navigation, damage control, mechanical, electrical, combat, communications and propulsion systems were tested to validate performance met or exceeded Navy specifications.

Zumwalt class destroyers feature a state-of-the-art electric propulsion system, wave-piercing tumblehome hull, stealth design and are equipped with some of the most advanced warfighting technology. These ships will be capable of performing a range of deterrence, power projection, sea control and command and control missions while allowing the Navy to evolve with new systems and missions.

As one of the Defense Department's largest acquisition organizations, PEO Ships is responsible for executing the development and procurement of all destroyers, amphibious ships, special mission and support ships and special warfare craft.