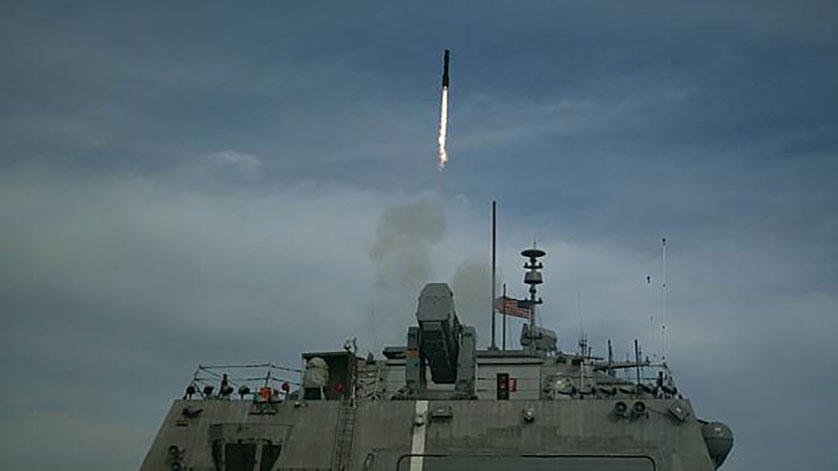 During the qualification, LCS Crew 103 conducted several trials to test the functionality of their combat systems suite, involving firing exercises and using their 57mm gun against a fast attack craft. The exercise is designed to test the ship's ability to track and disable high-speed maneuvering surface targets.

USS Detroit and Crew 103 performed each exercise with extreme professionalism and high performance, completing each scenario successfully and showing what their combat systems suite is capable of.

"I am intensely proud of [our] superior performance throughout CSSQT," said Cmdr. Michael Desmond, commanding officer of LCS Crew 103. "From the weeks of tactical and technical training, to ensuring the associated ammunition was safely on-loaded and stored, to the brilliant ship handling and operating area planning, my Sailors made it look easy. Equally impressive was the close working relationship we developed with the civilian test team and the hard work across every department to keep this ship operating smoothly."