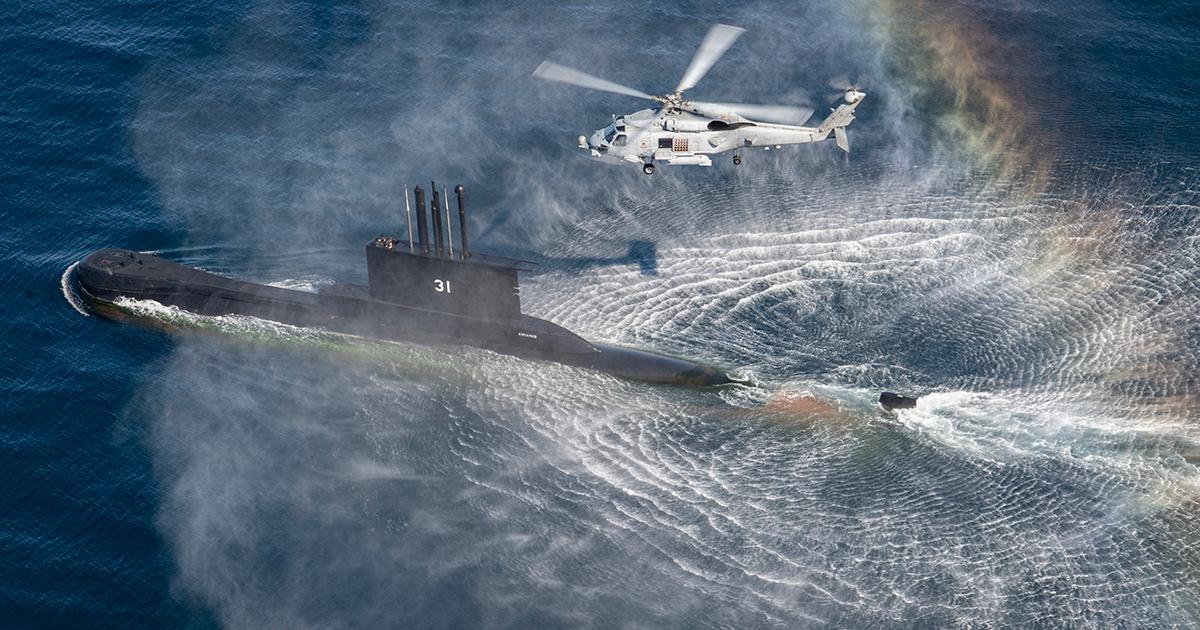 The staff of CSS-11 and the crew of the Los Angeles-class fast-attack submarine USS Annapolis (SSN 757) joined their South American partners to sharpen their respective warfighting tools.

“Each year, Submarine Squadron 11 looks forward to DESI and we are thrilled this year to be working with our Peruvian counterpart,” said Capt. Patrick Friedman, CSS-11. “By having an SSK operate and train with us, it gives us the opportunity to practice on a platform that has a similar signature to our adversaries. Not to mention, there is a great deal of diplomatic good will that is fostered through these engagements.”

Cmdr. Marco Goytizolo, commanding officer of Angamos, echoed Friedman’s sentiments and shared his excitement to be working alongside a “very well organized and cohesive group led by a great commander who is backed by an excellent team of professionals.”

DESI, established in 2001 by U.S. Fleet Forces Command, is an international program led by Commander, Submarine Force Atlantic, which works to enhance the Navy's capability to operate with diesel-electric submarines by collaborating with South American navies.

“Not only are we able to strengthen our bond with our Peruvian partners, DESI allows for us to build on our own anti-surface warfare prowess,” said Lt. Alexander Papadakos, the CSS-11 liaison officer for Angamos. “Our hope is that our training benefits them as much as it does us.”

During the two-month bi-lateral training, Angamos will participate in a multitude of different exercises, to include surface, air, and sub-surface anti-submarine warfare (ASW) exercises, a carrier strike group composite unit training exercise and a maritime patrol reconnaissance aircraft exercise.

Sailors aboard Angamos will also engage in training ashore at Naval Base Point Loma. The Submarine Learning Center Detachment San Diego will host the Peruvian Sailors for classroom and practical training. This includes fighting simulated fires at the firefighting trainer and learning skills to combat flooding in the damage control team trainer.

“There is no doubt that Sailors of both navies enjoy challenging each other and working with each other through this exercise,” said Papadakos. “Whether out to sea or ashore, the goal is to complete the initiative better than we started.”

Peru continues to provide invaluable support to this premier foreign submarine exercise program. During the past 17 years, Peruvian submarines have participated in a number of fleet exercises and tactical development events with the U.S. Atlantic and Pacific Fleets. The Peruvian Navy operates a total fleet of six SSKs. Notably, Peru is the largest submarine force in South America and is the second oldest in the Western Hemisphere.

CSS-11 is based at Naval Base Point Loma and consists of five Los Angeles-class fast-attack submarines, the floating dry dock Arco (ARDM 5) and Undersea Rescue Command (URC). The squadron staff is responsible for providing training, material and personnel readiness support for each of these units.