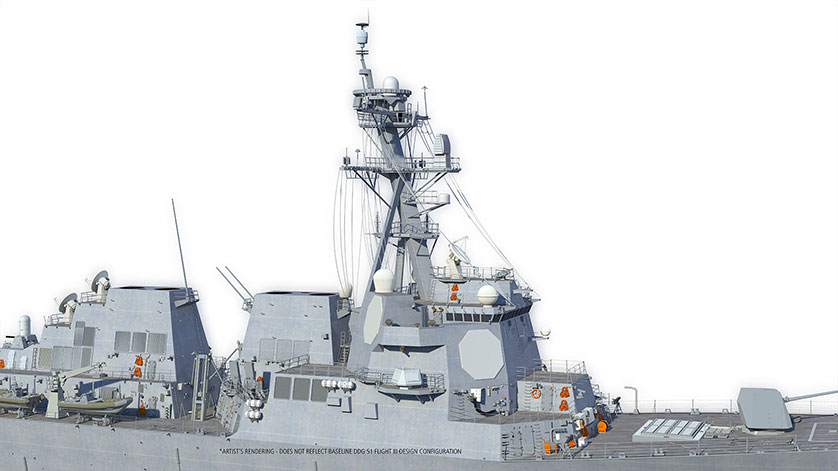 The U.S. Navy successfully conducted a flight test March 15 with the AN/SPY-6(V) Air and Missile Defense Radar (AMDR) off the west coast of Hawaii.

"This marked a historic moment for the Navy. It's the first time a ballistic missile target was tracked by a wideband digital beamforming radar," said U.S. Navy Captain Seiko Okano, Major Program Manager for Above Water Sensors, Program Executive Office Integrated Warfare Systems. "This radar will revolutionize the future of the U.S. Navy and is bringing a capability our Nation needs today."

Based on preliminary data, the test met its primary objectives. Program officials will continue to evaluate system performance based upon telemetry and other data obtained during the test.

The culmination of over a decade of rigorous engineering and testing effort in advanced radar technology, AN/SPY-6(V) AMDR is being designed for the DDG 51 Flight III destroyer to provide the U.S. Navy with state-of-the-art technology for Integrated Air and Missile Defense.