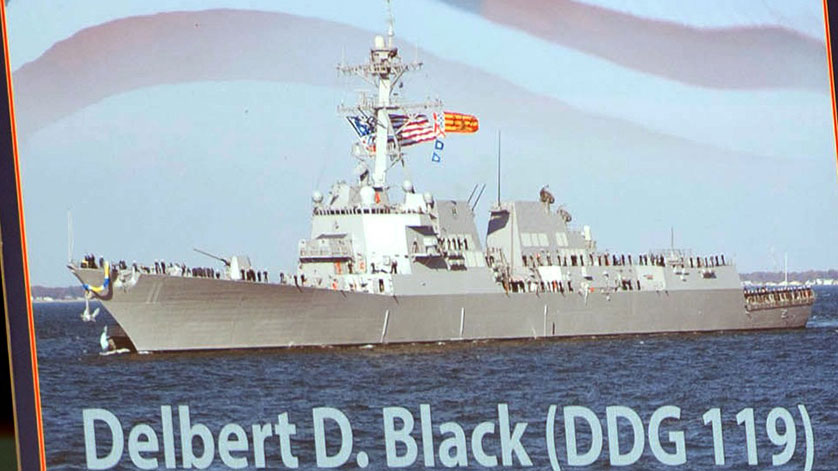 The process of launching a ship is a multi-day process that includes moving the ship from the land-level facility to the dry dock, which is then slowly flooded until the ship is afloat. With the ship in the water, final outfitting and production can commence.

The ship is being configured as a Flight IIA destroyer, which enables power projection, forward presence, and escort operations at sea in support of low intensity conflict/coastal and littoral offshore warfare, as well as open ocean conflict. DDG 119 will be equipped with the Navy's Aegis Combat System, the world's foremost integrated naval weapon.

The ship will also incorporate Cooperative Engagement Capability. When combined with the Aegis Combat System, it will permit groups of ships and aircraft to link their radars to provide a composite picture of the battle space, effectively increasing the theater space. The capability is designed to provide the Navy with a 21st century fighting edge.

HII's Pascagoula shipyard is also currently in production on future destroyers Ralph Johnson (DDG 114), Paul Ignatius (DDG 117), Frank E. Petersen Jr. (DDG 121) and Lenah H. Sutcliffe Higbee (DDG 123). HII is also under contract for one additional ship, Jack H. Lucas (DDG 125), awarded as part of the five-ship, multi-year procurement for fiscal years 2013-2017 and will be the first ship to be configured in the Flight III design.