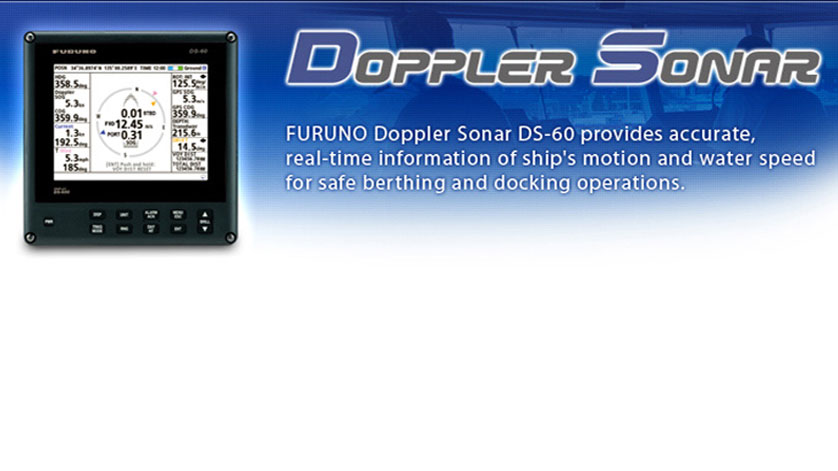 Furuno USA, Inc. announces that it has been awarded a multi-year US Coast Guard (USCG) IDIQ contract, valued at approximately $10 million. The United States Coast Guard has selected Furuno to supply all of the Doppler Speed Logs for their Doppler Speed Refreshment Project.

The 5-year contract calls for Furuno’s DS60 Doppler Speed Log (DSL) to be installed on over 200 vessels, ranging from 87’ Marine Protector-class patrol boats to the impressive 418’ National Security Cutters, the largest class of vessel in the United States Coast Guard.

The US Government required a DSL that would interface with existing shipboard equipment, while retaining the functional characteristics and performance of the original systems being replaced. They found precisely what they needed in the Furuno DS60, a precision 3-axis Doppler Sonar that offers real-time information for safe berthing and docking maneuvers. The DS60’s bright, 8.4” color LCD display offers three display modes: 3-axis speed, berthing, and a detailed navigation data display, capable of showing information in both graphic and alphanumeric formats.

The DS60 offers measurement capability at dead slow speed that is vital for precise docking. It features a single, compact, high-frequency transducer that is capable of measuring ship’s longitudinal and transverse speed relative to ground or water, as well as water speed and direction beneath the hull, with astonishing accuracy.

“We are proud to be selected as the provider for the US Coast Guard’s Doppler Speed Refreshment Project,” stated Brad Reents, President and CFO of Furuno USA, Inc. “For nearly 80 years, Furuno has innovated and developed some of the most reliable navigation products used for the commercial maritime industry. Our dedication to that tradition is clearly shown by the USCG’s decision to standardize on our Doppler Speed Log.” USCG has placed initial orders and first-in-class vessel installations will commence in late 2017/early 2018.