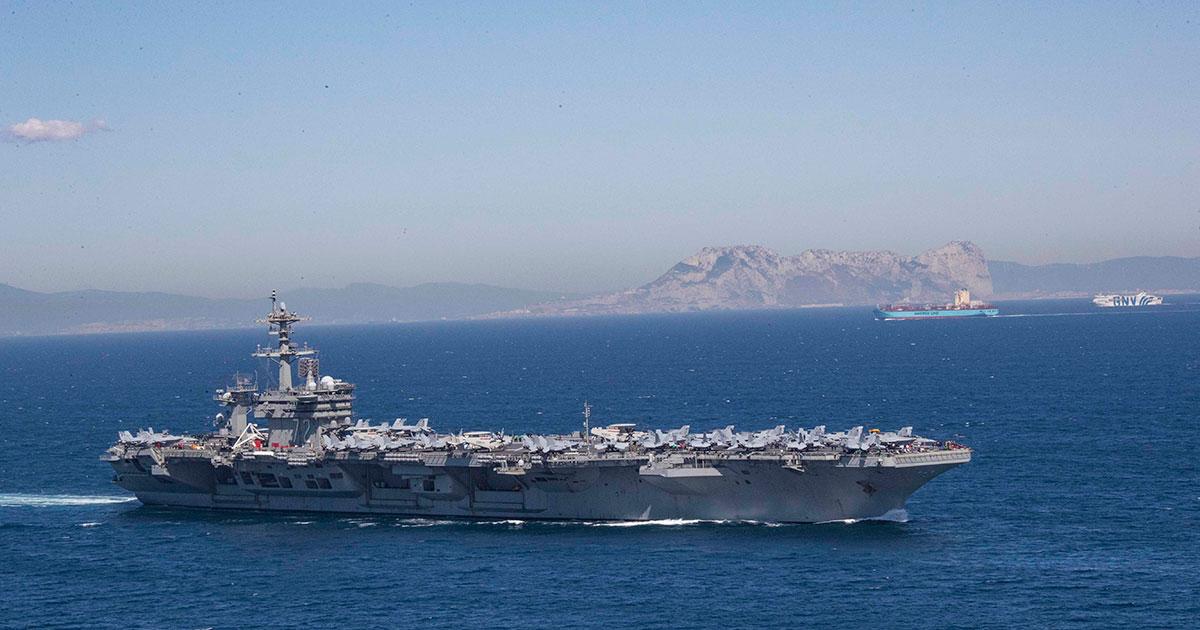 The John C. Stennis Carrier Strike Group (CSG) joined the Abraham Lincoln CSG in the Mediterranean, providing a unique opportunity for two strike groups to work together alongside key allies and partners in the U.S. 6th Fleet area of operations. Multiple media reports interpreted the action as a clear message to Russia, which has expanded its military presence in the region since joining forces in Damascus with Syria in 2015.

This is the first time that two carriers have operated in the Mediterranean at the same time since the summer of 2016, when the Dwight D. Eisenhower and Harry S. Truman CSGs were deployed to the region simultaneously.

“It’s a rare opportunity to train with two carrier strike groups together,” Vice Adm. Lisa M. Franchetti, commander of U.S. 6th Fleet, said. “Dual carrier operations here in the Mediterranean showcase the inherent flexibility and scalability maritime forces provide to the joint force, while demonstrating our ironclad commitment to the stability and security of the region.”

During their deployments, the CSGs will work with a number of our regional allies and partners at sea, creating opportunities for high-end maritime integration in a challenging environment while improving collective proficiency and interoperability.

“These combined operations will enhance combat readiness and interoperability with key allies and partners, and ensure our forces are better prepared to carry out a full range of missions, anytime, anywhere, around the world,” Franchetti said.

U.S. 6th Fleet, headquartered in Naples, Italy, conducts the full spectrum of joint and naval operations, often in concert with allied and interagency partners, in order to advance U.S. national interests and security and stability in Europe and Asia.