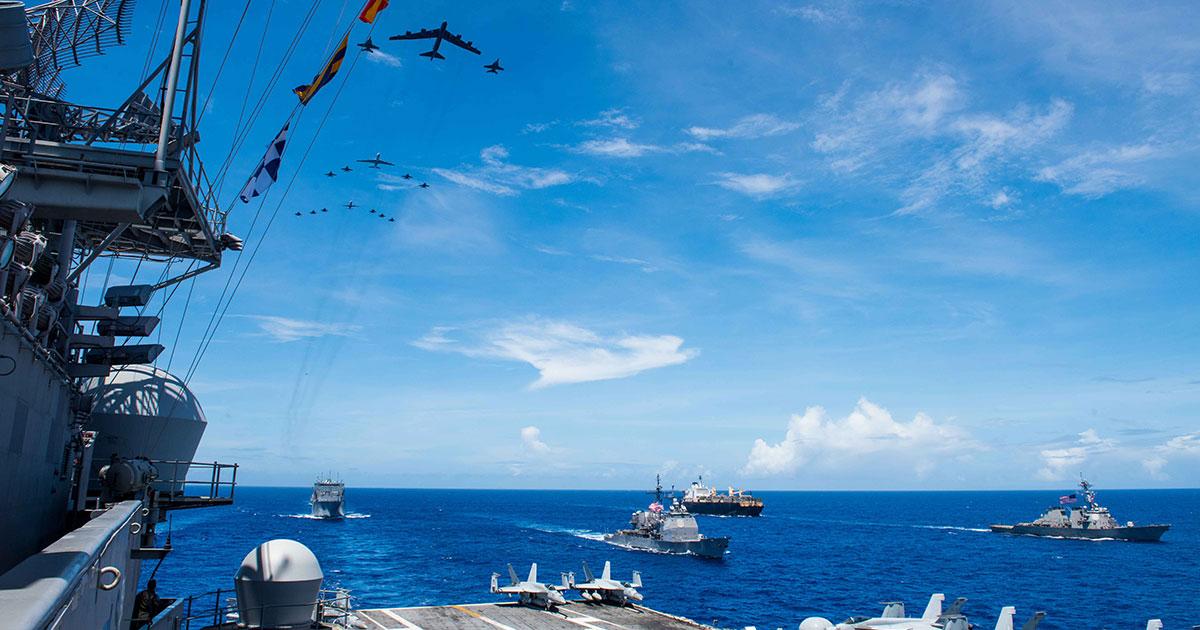 Commander, U.S. Pacific Fleet recently organized a team of joint warfighters during a wargame held at the Naval War College.

Led by Adm. J.C. Aquilino, commander, U.S. Pacific Fleet, Global 11 was a continuation of the Navy's ongoing Global wargaming series designed to assess our warfighting capabilities and ensure we maintain our competitive military advantage in this great power competition.

"Our ability to prevail in a major armed conflict is the foundation of combat credible deterrence. By fielding and maintaining a combat ready joint force we can deter aggression and reduce the likelihood an adversary will challenge and undermine international order or resort to war,” said Aquilino. “Global 11 focused on interoperability of a joint force in a highly contested environment employing current and new technologies across the full range of warfighting capabilities.”

This exercise, which supports U.S. Indo-Pacific Command’s objectives to maintain a free and open Indo-Pacific, uses wargaming to assess the Navy’s roles and responsibilities in leading joint warfighting capabilities from the component to task group levels of command. The purpose of the wargame was to identify opportunities and challenges associated with integration of new technologies and joint warfighting concepts across the entire spectrum of warfare required to fight in a complex, hostile environment with a peer competitor in a theater-wide conflict.

The world’s largest fleet command, the U.S. Pacific Fleet encompasses 100 million square miles, nearly half the Earth’s surface, from Antarctica to the Arctic circle and from the West Coast of the United States into the Indian Ocean. The U.S. Pacific Fleet consists of approximately 200 ships/submarines, nearly 1,200 aircraft, and more than 130,000 Sailors and civilians.