Kraken Robotics Inc. announces that its wholly owned subsidiary, Kraken Robotic Systems Inc., has been selected by the US Office of the Secretary of Defense, Comparative Test Office, to participate in a Foreign Comparative Testing (FCT) program in support of a US Navy Program of Record managed by the Naval Sea Systems Command, EOD Program Office. The FCT is designed to test selected foreign technologies as evaluated by US military operators, with a view to future procurement.  The contract value is $0.9 million. 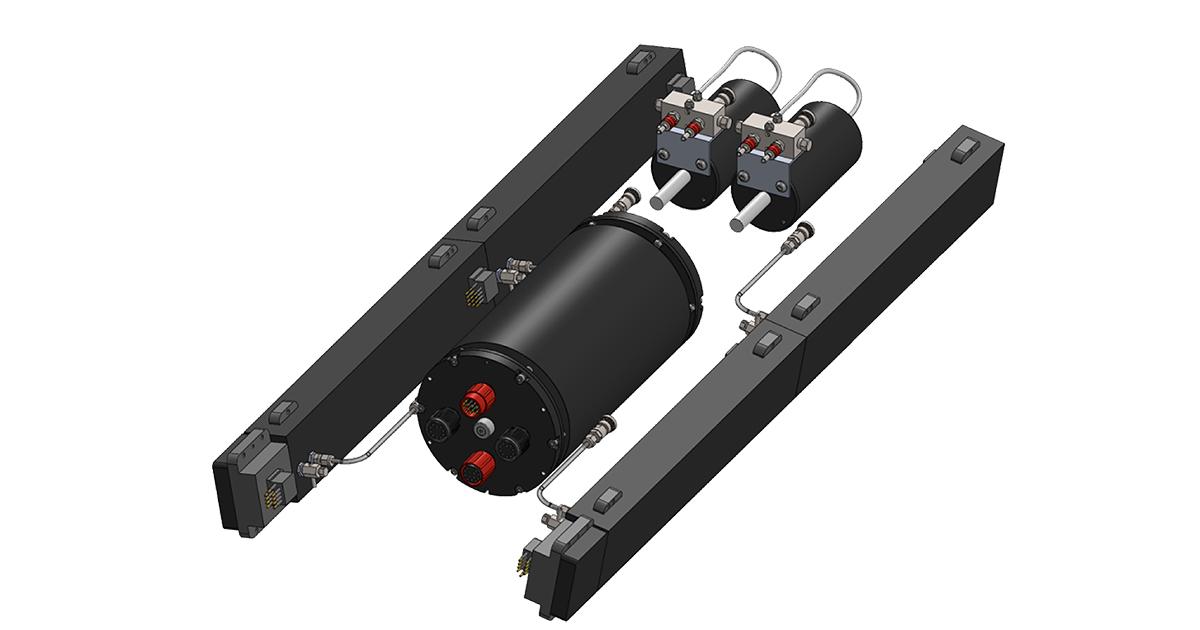 Under this contract, Kraken will integrate its AquaPix® MINSAS sensor on a man-portable Autonomous Underwater Vehicle (AUV) owned by the U.S. Navy. Man-portable AUVs make up the largest deployment of all AUV classes world-wide. The U.S. Navy and its allies continue to invest in man-portable AUVs, which today utilize a range of sonar technologies. Kraken’s AquaPix® MINSAS synthetic aperture sonar sensor is currently offered in the MINSAS 60, 120, 180, and 240 configurations and has been traditionally integrated to medium- and large-size AUVs and towfish. As part of this FCT contract, Kraken will optimize the MINSAS 60 sensor making it better suited for small, man-portable AUVs while offering a significant increase in capability and performance for man-portable platforms.

Karl Kenny, Kraken’s President and CEO said, “We are very pleased to be awarded this FCT contract as this represents a truly significant opportunity for Kraken. The competition for FCT awards is fierce and only a few projects each year that meet the strict criteria are selected. An acceptable FCT project must have a high technology readiness level, which means that research and testing must have already been completed, and the capability has already been proven in a setting similar to what will be encountered in real-world operations.  We believe this initial contract will further prove our MINSAS 60 is a reasonably priced, high-performance sonar upgrade path for existing man-portable AUVs as well as new builds.”

The Foreign Comparative Testing (FCT) program is to test items and technologies of United States foreign allies that have a high Technology Readiness Level (TRL) in order to satisfy valid defense requirements quickly and economically. FCT continues to be a uniquely successful acquisition tool from a U.S. government-to-foreign industry standpoint. Since 1980, the FCT program has helped to foster the two-way street in defense spending between the U.S. and its allies with more than 500 FCT projects from over 25 countries having been completed resulting in procurement of more than $5 billion in foreign items. The program has reaped substantial savings by avoiding research and development costs, lowering procurement costs, reducing risk for major acquisition programs and accelerating the fielding of equipment critical to the readiness and safety of U.S. operating forces. Since the FCT program focuses on mature technologies, each project has accelerated acquisition.  The FCT program enables deployment of the world's best technology into the field quickly, normally in less than 18 months.

The FCT program has served as a catalyst for industry teaming arrangements, which have been productive for both U.S. and foreign industries in an increasingly competitive global market, helping to build a robust U.S. defense industrial base. Foreign items are nominated by a sponsoring organization within the Department of Defense for testing in order to determine whether the items satisfy U.S. military requirements or address mission area shortcomings.

The FCT program's objectives are to improve the U.S. warfighter's capabilities and reduce expenditures through: