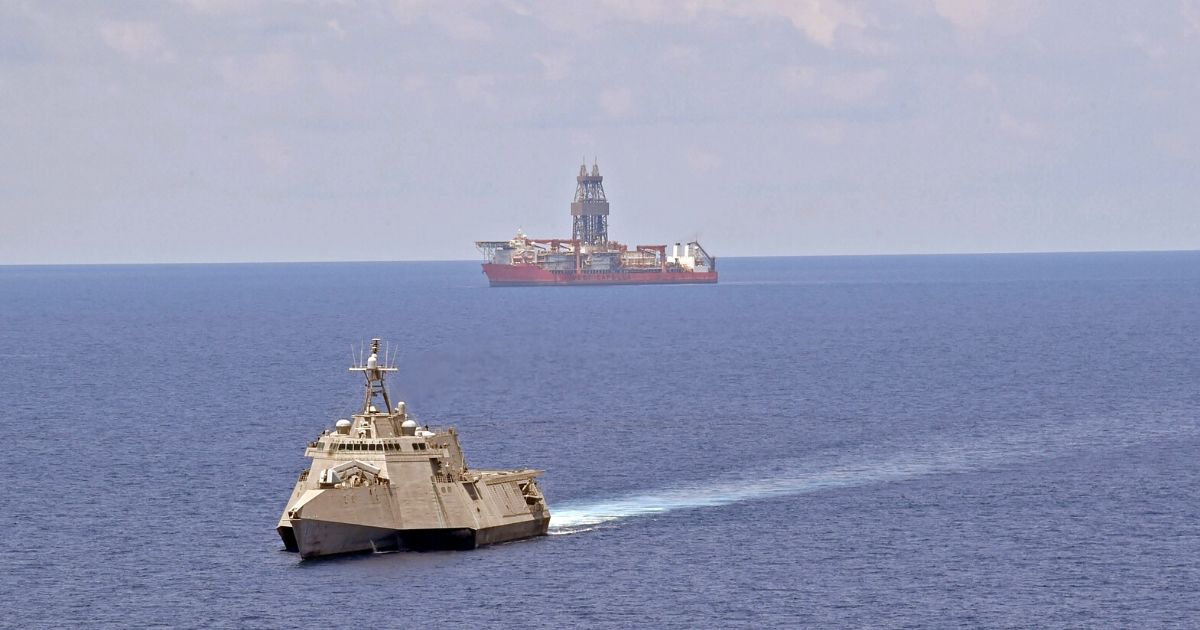 “There is no better signal of our support for a free and open Indo-Pacific than positive and persistent U.S. Naval engagement in this region.” Kacher added.

Commander, U.S. 7th Fleet, Vice Adm. Bill Merz reaffirmed that the U.S. Navy will fly, sail and operate in the South China Sea wherever international law permits at any time.

“Routine presence operations, like Gabrielle Giffords’, reaffirms the U.S. will continue to fly and sail freely, in accordance with international law and maritime norms, regardless of excessive claims or current events,” said Merz. “The U.S. supports the efforts of our allies and partners in the lawful pursuit of their economic interests.”

The U.S. Navy remains vigilant, is committed to a rules-based order in the South China Sea and will continue to champion freedom of the seas and rule of law while opposing the Chinese Communist Party’s coercive and unlawful actions.

In late-April, USS America (LHA 6), USS Bunker Hill (CG 52) and USS Barry (DDG 52) sailed together with the Royal Australian Navy frigate HMAS Parramatta (FFH 154), signaling U.S. commitment to a free and open Indo-Pacific to allies and partners in the region.

Attached to Destroyer Squadron (DESRON) 7, Gabrielle Giffords is on a rotational deployment to the U.S. 7th Fleet area of operations in support of security and stability in the Indo-Pacific.