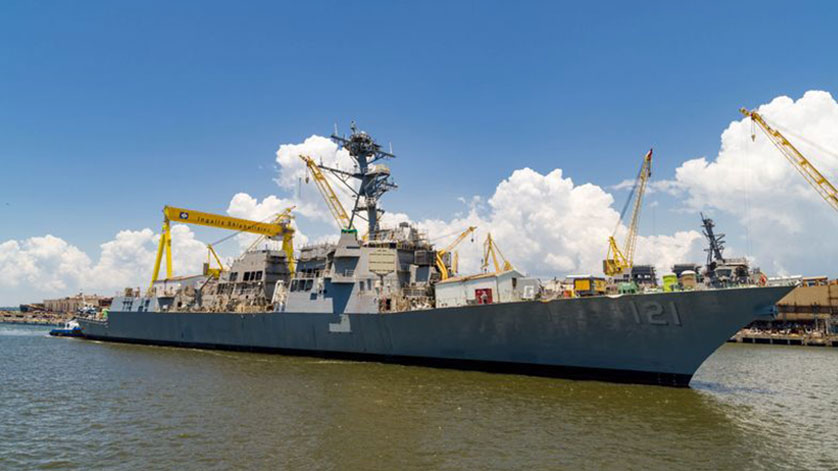 The method for launching a ship includes a multi-day process that involves moving the ship from the land level facility to the dry dock which is then slowly flooded until the ship is afloat. With the ship in the water, final outfitting and production can commence.

“Serial production efforts on our Arleigh Burke class destroyers will benefit both the Navy and our industry partners as we meet the increasing need for operational assets,” said Capt. Casey Moton, DDG 51 class program manager, Program Executive Office (PEO) Ships. “DDG 121 will be the 70th destroyer of its class to join the fleet.”

The ship is being configured as a Flight IIA destroyer, which enables power projection, forward presence, and escort operations at sea in support of Low Intensity Conflict/Coastal and Littoral Offshore Warfare as well as open ocean conflict.