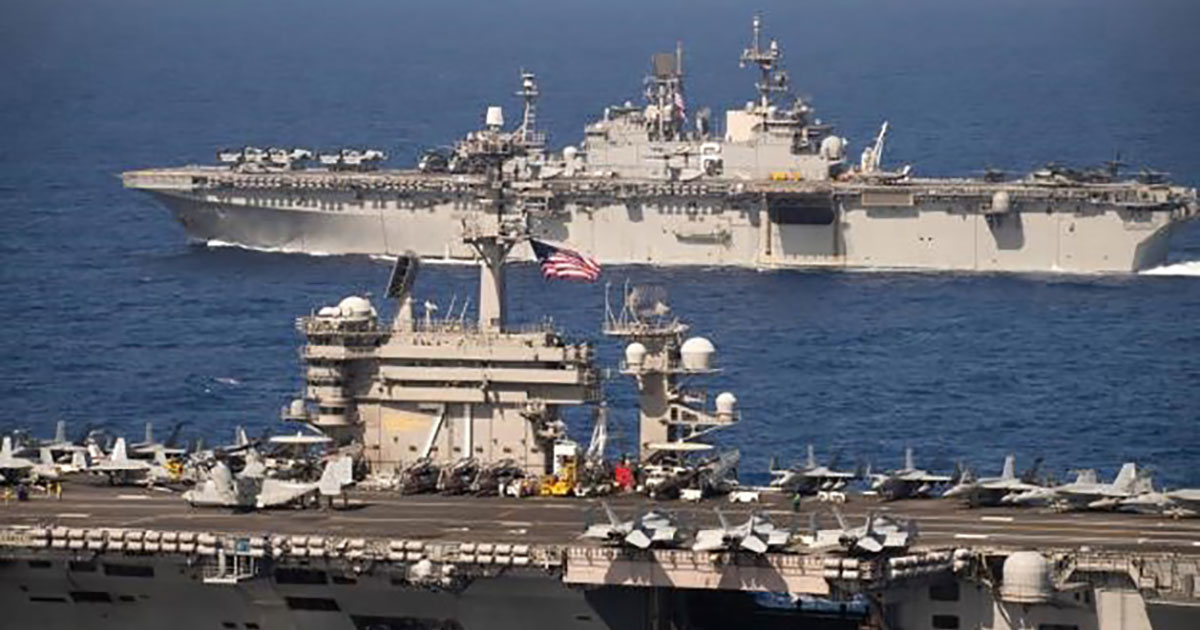 “The Carrier Strike Group’s combat power is impressive, but when combined with an Expeditionary Strike Group, like the America ESG, it is unparalleled,” said Rear Adm. Stuart Baker, commander, Carrier Strike Group Nine. “The teamwork, resilience, technical excellence and extraordinary professionalism of these two teams working together is the foundation of everything we do in the U.S. Naval Service.”

While operating together, the Navy-Marine Corps team sharpened their interoperability through a series of exercises designed to increase battle readiness. Assets participated in a variety of evolutions to include air-to-air training, steaming in formation, maneuvering, and establishing joint communications to rapidly enable a command and control environment.

The Theodore Roosevelt Carrier Strike Group and America Amphibious Ready Group are forward-deployed to the U.S. 7th Fleet area of operations in support of security and stability in the Indo-Pacific region. U.S. 7th Fleet is the largest numbered fleet in the world, and with the help of 35 other maritime-nation allies and partners, the U.S. Navy has operated in the Indo-Pacific region for more than 75 years, providing credible, ready forces to help preserve peace and prevent conflict.