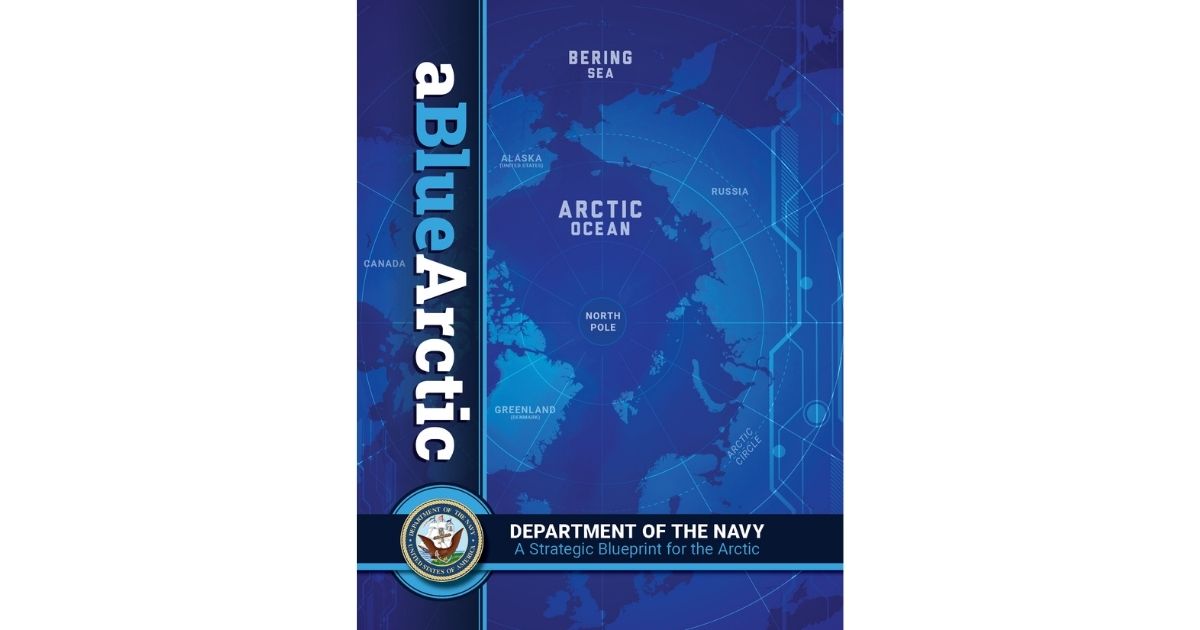 The Department of the Navy released its strategic blueprint for the Arctic titled a Blue Arctic Jan. 5, delivering a regional outline spanning the next two decades as the Department continues to prepare for an increasingly accessible and navigable Arctic Region.

The forward-looking document provides strategic guidance on how the Department will apply naval power in the Arctic Region and stresses an approach that integrates American naval power with joint forces, interagency teammates, allies, and partners. It also challenges the Navy-Marine Corps-Coast Guard team to evolve and expand the range of integrated capabilities to achieve enduring national interests in the region.

“As our naval force continues to meet the challenging demands of a Blue Arctic in this era of Great Power Competition, the Department of the Navy remains committed to protecting the Arctic environment and ensuring naval forces do their part to help preserve it,” said Secretary of the Navy Kenneth J. Braithwaite. “This blueprint guides how the Department will continue to provide the right levels and types of presence on, under, and above Arctic water, ensuring America is prepared to compete effectively and efficiently to maintain favorable balances of power. This includes strengthening cooperative partnerships to ensure coordination with key allies and partners in the region.”

A Blue Arctic provides the general idea that the Arctic is gradually turning from “White” to “Blue”— and by that, reduced ice coverage is making Arctic waters more accessible and navigable, which will enable nations and their navies to access new sea routes, resources, and markets.

The blueprint places focus on the rising maritime activity spurring from Arctic and non-Arctic states, like Russia and China, which posture their navies to protect sovereignty and national interests while enabling their ability to project power.

“Russia is investing heavily to enhance its Arctic defense and economic sectors, with a resultant multilayered militarization of its northern flank,” the document states. “By modernizing its military capabilities and posture – particularly the Northern Fleet – Russia aims to improve command and control, infrastructure, and joint force employment to project power and defend its northern approaches.”

The blueprint also states the Department will take a tailored approach when considering permanently stationed forces, rotational forces, and temporary forces, pre-positioned equipment and stocks, and basing infrastructure across the region.

The blueprint also states that the Department will enhance military education, training and exercises with allies and partners in and around the Arctic.

The blueprint is guided by the objectives articulated in the National Security Strategy, National Defense Strategy, Department of Defense Arctic Strategy, and Advantage at Sea.