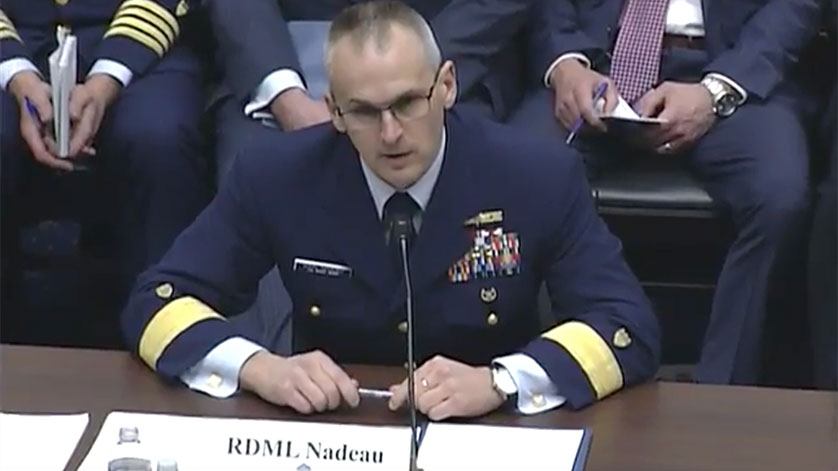 According to a blog post by LT Amy Midgett, U.S. Coast Guard:

The U.S. cargo ship El Faro and its 33 crewmembers were lost at sea 1 October 2015 during a hurricane east of the Bahamas. The Coast Guard, in conjunction with the National Transportation Safety Board (NTSB), conducted a two-year investigation into the primary and contributing factors that led to the sinking.

In the Final Action Memo signed 21 December 2017, the commandant of the Coast Guard concurred with the Report of Investigation’s conclusion that the primary cause of the casualty was the decision to navigate El Faro too close to the path of a hurricane.

Contributing factors include: (1) an ineffective safety management system within the operating company, TOTE Services Incorporated; (2) American Bureau of Shipping’s failure to uncover or otherwise resolve longstanding deficiencies that adversely affected the safety and seaworthiness of vessels on multiple occasions; and (3) failure of the Coast Guard to adequately oversee the third party in this case.

“On behalf of all the men and women in the Coast Guard, I offer my deepest condolences to the friends and families of the mariners lost on board El Faro,” Nadeau said in his opening remarks.

He continued by emphasizing to subcommittee members the Coast Guard’s commitment to making improvements to oversight under the Alternate Compliance Program, the third-party compliance program in which El Faro was enrolled.

Nadeau provided the subcommittee an overview of recent examinations, by a team of senior Coast Guard marine inspectors, of other ships currently enrolled in ACP, in an effort to determine if the issues revealed in the El Faro investigation are persuasive throughout the fleet.

“We have found additional evidence of breakdowns in the safety framework,” Nadeau said.

“Our findings confirm concerns raised in the [El Faro] investigation about the material condition of several other U.S. flag vessels.” The safety framework, consisting of the vessel owner/operator, class society, and the Coast Guard, is responsible for ensuring compliance with mandated safety standards.

The U.S., like other flag states around the globe, today relies far more heavily on third parties than ever before, Nadeau said, adding that the majority of commercial ships in the U.S. military’s sealift fleet use classification societies for many of their compliance activities. He emphasized the need for the Coast Guard to restore the safety framework with robust and thorough oversight and accountability.

As part of the effort to reform the Coast Guard’s third-party oversight program, Nadeau said he is directing changes to the organization, procedures, policies, and training regimen, and making improvements to how the Coast Guard captures and manages key information.

Nadeau concluded his remarks by emphasizing that this tragedy has shined a spotlight on failures of the safety framework, and the Coast Guard will honor El Faro’s 33 mariners with a strong bias toward actions needed to ensure safety.

To watch the video of the entire hearing, including Rear Adm. Nadeau’s testimony, visit the Transportation & Infrastructure Subcommittee website.