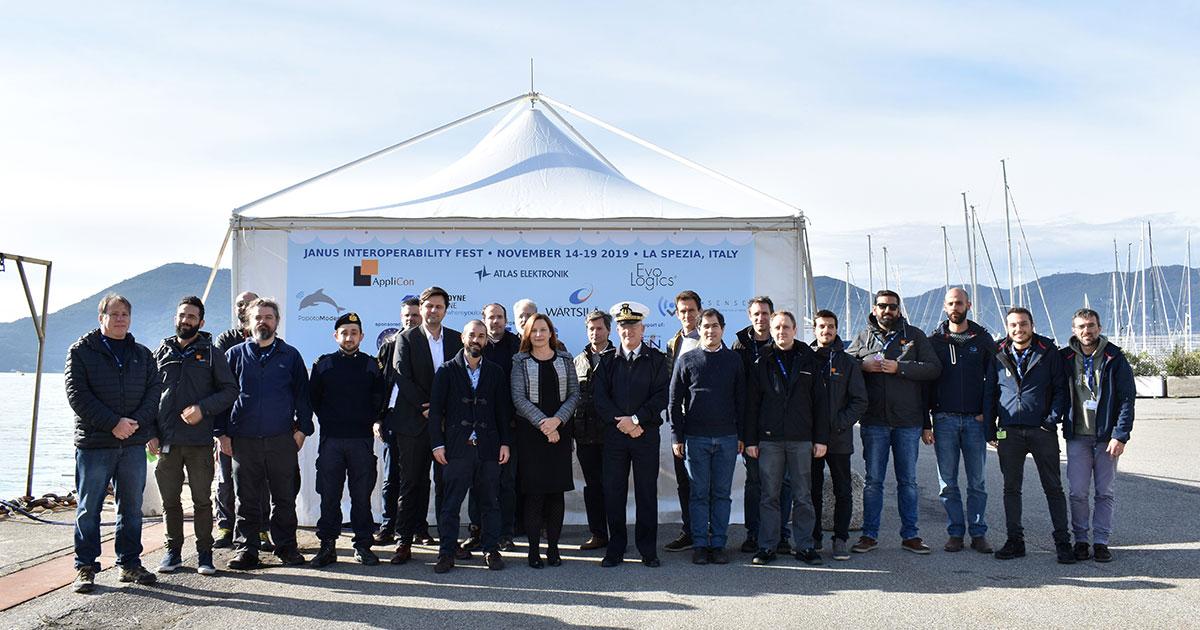 In November 2019, Teledyne Marine took part in the second JANUS Interoperability Fest hosted by the NATO STO Centre for Maritime Research and Experimentation (CMRE), based in La Spezia (Italy).

Over the past decade, the Centre for Maritime Research and Experimentation has been leading the efforts to develop a digital underwater coding standard aimed at providing a baseline common denominator for underwater acoustic communications. Although there are a number of commercial communication solutions and protocols now available from different suppliers, until recently, there has not been a set standard to ensure the interoperability between equipment from the various ACOMMS manufacturers. This standard is called JANUS, and is now recognized as a NATO standard referred to as STANAG, a Standardization Agreement by all the NATO Nations. Once implemented globally by manufacturers, JANUS will make military and civilian, NATO and non-NATO devices interoperable, providing them all with a common language with which to communicate and arrange to cooperate.

At this year’s event, Teledyne Marine once again tested their JANUS protocol capabilities, along with several other manufacturers. At last year’s Interoperability Fest, Teledyne Marine, with their decades of experience in providing custom and standard wireless acoustics communication technology to the US government, easily secured their position as the first vendor to meet this real-time implementation of the JANUS protocol. This year, Teledyne Marine returned to this event with their UTS-9400 deck box and ATM-900 Series Modems, with some added capabilities. These included an emergency plug designed for distressed submarine rescue operations, and the Automatic Identification System (AIS) designed as a status reporting service to broadcast identification and localization information.

According to Ken Scussel, Acoustic Communications Engineering Manager, “Teledyne Benthos acoustic modems have been used extensively for many years for defense applications, particularly for underwater wireless communications requiring high reliability. We’re incredibly pleased that our collaborative effort to conform to the new JANUS standard has been successful, and we look forward to the potential applications that this new protocol will unlock to further advance the utilization of ACOMMS for critical NATO and non-NATO applications alike.”