Strong US Presence at Pacific 2019 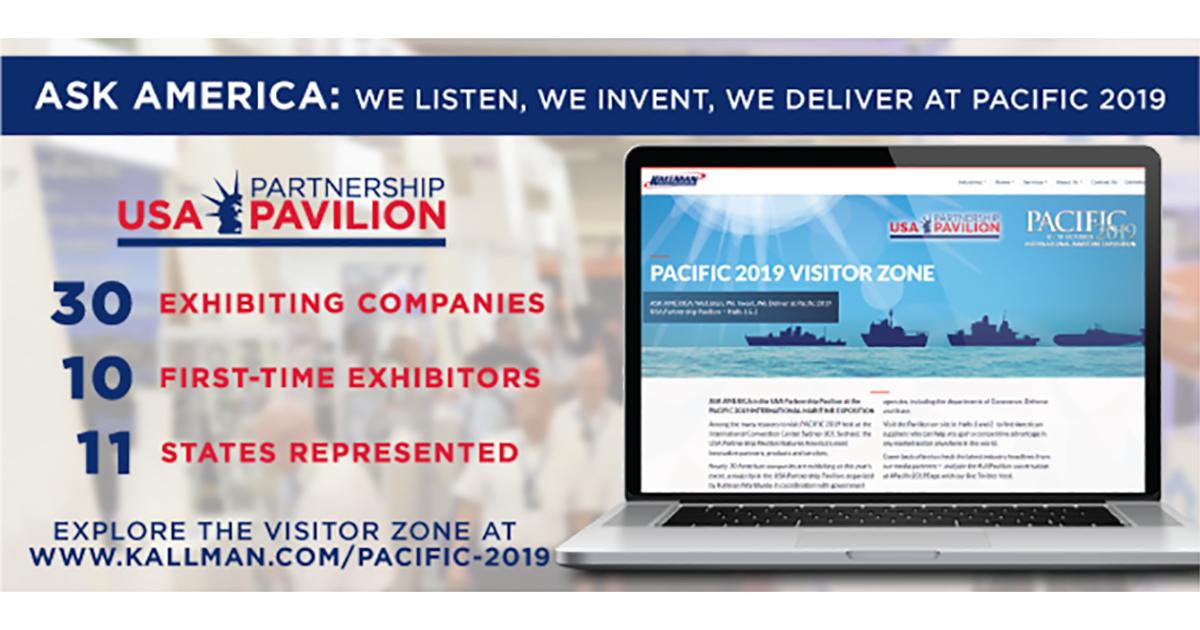 When the Pacific International Maritime Exposition 2019 opens on October 8 in Sydney, the close cooperation among the United States and its allies in Australia and the Indo-Asia-Pacific region will be prominently on display.

The biennial event, one of the world’s most important showcases of maritime defense innovation and technology, reflects the host country’s highly regarded industry leadership and geo-political influence. Organizers expect more than 600 exhibitors from 20-pluscountries to participate, and upwards of 15,000 trade visitors, including 173 official delegations representing 50 countries to attend.

“Pacific 2019 gets underway during one of the most dynamic periods in the region’s defense and commercial maritime history,” said the show’s Chief Executive Officer Ian Honnery. “The Royal Australian Navy is implementing its largest capability acquisition program since World War II. This is an unprecedented opportunity for Australian industry, and surrounding nations are taking note of the technologies and strategies involved in that process.”

Notable among the 30-plus American manufacturers, technology innovators and supply-chain leaders participating in this year’s show are leading OEMs with significant Australian operations, including: The Boeing Company (Australia is its largest operation outside of the U.S., with 3,000-plus employees in-country), Huntington Ingalls Industries Australia (headquartered in Canberra since 2016),Lockheed Martin (more than 1,000 employees across 13 locations in Australia and New Zealand), Northrop Grumman (currently employs 500 people and is aiming to double its Australian footprint in the next three years) Raytheon (operating locally as Raytheon Australia since 1999) and Sayres and Associates, a small-to-medium sized enterprise (SME) which appointed its first Sayres Australia staff, representing the Asia-Pacific expansion of the company, in February 2019.

This collective national presence is a strong indication of how important Australia and the Indo-Asia-Pacific are to the United States, and that buyers and influencers throughout the region are looking to the U.S. for innovative solutions and partners to help ensure their national, homeland and economic security.

“It is important for U.S. government and industry to have a unified presence at Pacific 2019 due to the enormous geostrategic maritime, economic and military importance of the region,” said Steve Psaras, Vice President of Virginia Operations at Marine Acoustics, a first-time Pacific Expo exhibitor. “This show provides a forum where we can all work together with our allied counterparts toward mutual national security and defense interests, leveraging regional expertise for the most efficient cooperation.”

Marine Acoustics is one of 27 U.S. companies exhibiting in the USA Partnership Pavilion, organized for the sixth consecutive edition by Kallman Worldwide, Inc., in coordination with government agencies including the U.S. departments of Commerce, Defense and State. Located prominently in Halls 1 and 2, the Pavilion is America’s headquarters on-site: an efficient location for buyers to meet more U.S. suppliers, a high-profile showcase for American exhibitors looking to maximize their exposure and impact at the event, and a forum for all to share ideas and insights.

“Now more than ever, success in international trade comes from partnership and teamwork. The USA Partnership Pavilion sharpens our focus on advancing America’s national security and economic interests by building stronger relationships with our international customers,” he said. “Many of our exhibitors already have significant partnerships and operations in Australia and across the Indo-Asia-Pacific region. In the years to come, many more will.”

For those on the go, whether they are attending the show or not, Kallman also presents the online Pacific 2019 Visitor Zone here. The Visitor Zone features a searchable Pavilion directory, news headlines