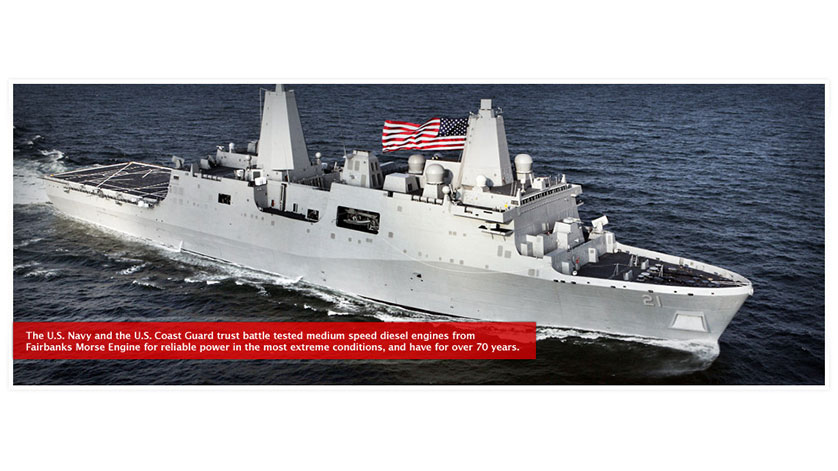 Fairbanks Morse - an EnPro Industries company and leading provider of solutions that are powering the world forward - has been awarded a contract to deliver eight FM | Colt-Pielstick diesel engines to power four frigates for the Royal Saudi Navy. The purchase is a part of the Saudi Naval Expansion Program II which has been in the works for over a decade with a cost of about $20 billion.

“Fairbanks Morse has proudly built military-grade diesel engines for over seven decades from our manufacturing headquarters in the United States,” said Andrew Smith, director of Fairbanks Morse’s Marine Segment. “We’re pleased to have been selected for this project that will expand our global footprint while creating jobs that impact the local economy.”

The frigates that the engines will be powering are based on the Freedom-class Littoral Combat Ship (LCS) used by the U.S. Navy. The two 16-cylinder FM | Colt-Pielstick PA6B STC diesel engines per ship will deliver over 12 MW of propulsion power and are among the largest medium speed diesel engines manufactured in the United States. The engines will begin to be manufactured in early 2019 with delivery scheduled for September 2020.

“The proposed sale will provide Saudi Arabia with an increased ability to meet current and future maritime threats from enemy weapon systems. The Multi-Mission Surface Combatant ships will provide protection-in-depth for critical industrial infrastructure and for the sea lines of communication,” reads a U.S. State Department notification.