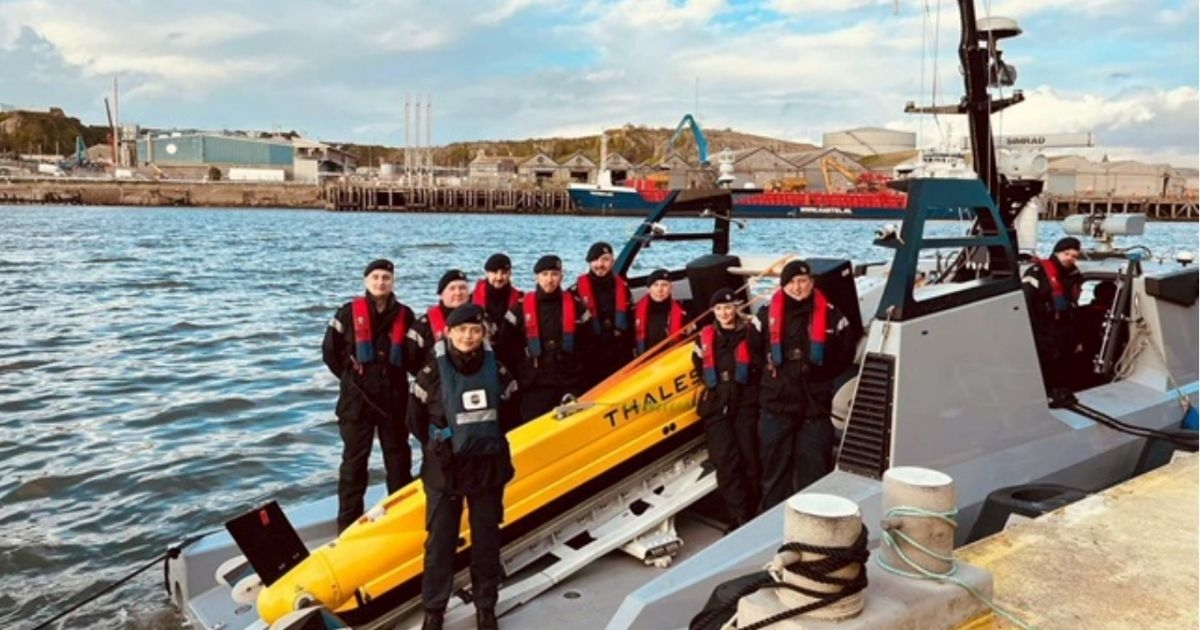 A new crewless minehunter is being tested by the Royal Navy as part of the growing drive towards autonomous systems.

Designed to detect the latest mine threats – and reduce the risk to the lives of those searching for them – the system is the fruit of the joint Anglo-French Maritime Mine Counter Measures program.

Demonstrators have been delivered to both the Royal and French Navies, the UK model handed over in Plymouth by Thales UK, OCCAR and Defense Equipment and Support, the MOD’s procurement arm. 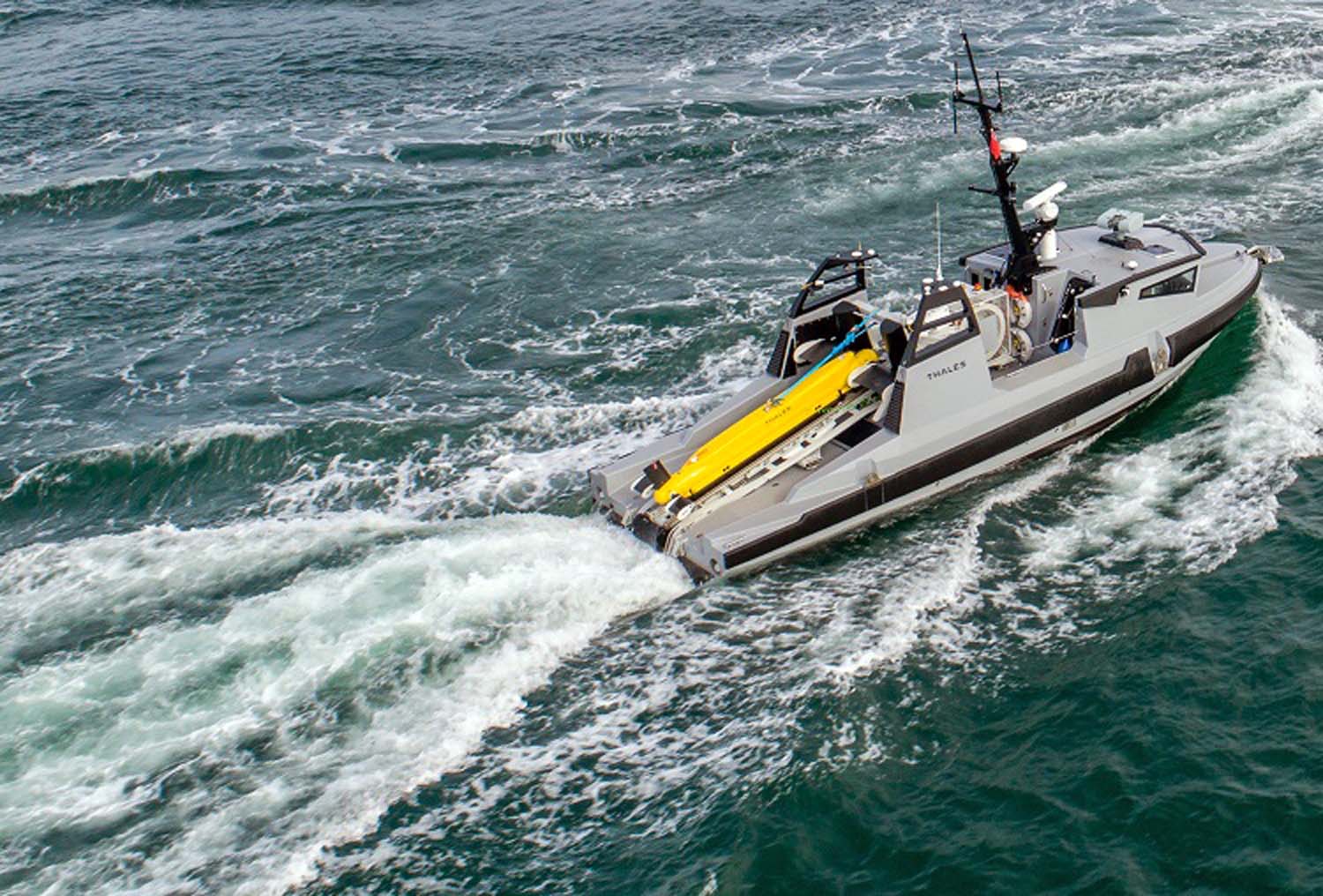 “It is exciting to see the first delivery to the Royal Navy from the Maritime Mine Counter Measures,” said Commodore Steve Prest, the Royal Navy’s Deputy Director Acquisition.

“The future of mine warfare is here: the Royal Navy’s minehunting capability program is real; it’s happening; it’s delivering. We have a lot to learn about this transformational approach to mine warfare, but there is much, much more to come.”

Users of the demonstrator will be able to detect and neutralize mines from miles away, ensuring they can keep vital sea lanes open, with much-reduced risk to ships and the lives of sailors.

The Royal Navy already has three autonomous minehunting systems operating out of Faslane under the banner of Project Wilton, Harrier, Hebe and Hazard.

The aim ultimately is to replace crewed Sandown and Hunt-class ships with autonomous systems, keeping the sailor out of the minefield as much as possible.   The demonstrator will undergo operational evaluation alongside other systems being delivered by the UK-France partnership through a £184m investment agreed by Whitehall in 2020, which is supporting around 215 jobs in the UK.