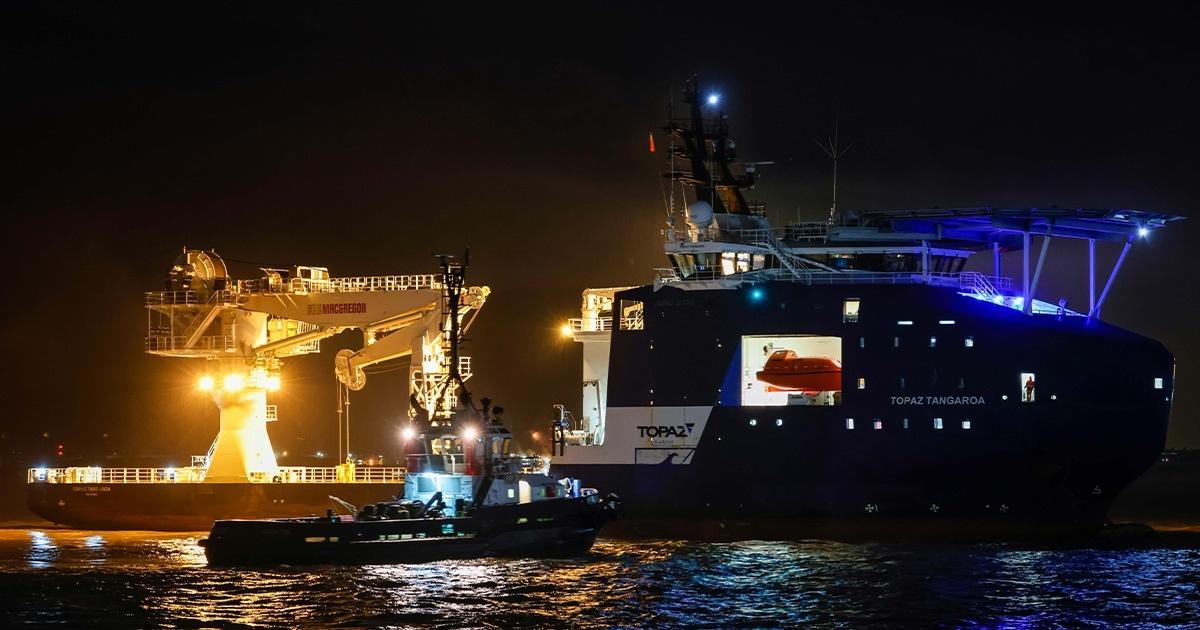 The first of the UK’s two new ships to protect key underwater infrastructure arrived on Merseyside to begin preparing for front-line duties.

The distinctive blue-white Topaz Tangaroa, which has arrived at the Cammell Laird yard in Birkenhead, will become the UK’s first ship dedicated to safeguarding vital seabed telecommunications cables and oil and gas pipelines, beginning operations in just six months’ time.

Military equipment will be installed and the ship painted grey before the ship – the first of two planned Multi-Role Oceanographic Survey (MROS) vessels – begins training with the Royal Fleet Auxiliary ready for its first front-line operations this summer.

Announced by Defense Secretary Ben Wallace in November 2022, the accelerated acquisition of this MROS vessel will be vital to our national security.

“The first of two dedicated subsea surveillance ships will join the fleet this Summer, bolstering our capabilities and security against threats posed now and into the future,” he said.

“It is paramount at a time when we face Putin’s illegal invasion of Ukraine, that we prioritize capabilities that will protect our critical national infrastructure.”

The Royal Navy scoured the world for a vessel which would meet its requirements and selected the Topaz Tangaroa.

She was built in Norway four years ago to support a mix of underwater operations such as work on oil/gas rigs, construction, maintenance and inspection work, as well as survey and remotely operated vehicle/autonomous submarine operations, making her ideal for underwater surveillance and seabed warfare.

The 6,000-tonne vessel, which is equipped with a helipad, crane, and expansive working deck – 1,000 square meters, or the size of five tennis courts – has most recently been operating in the Pacific on underwater construction projects.

The ship also features a ‘moon pool’ – a large access point in the bottom of the hull through which robot submersibles can be launched.

The vessel, whose new military name is still to be announced, will be crewed by around two dozen RFA sailors, plus up to 60 Royal Navy specialists will operate the undersea surveillance systems and other survey and warfare systems when embarked.

“We have been entrusted with supporting a key operation to safeguard the UK’s infrastructure, security and prosperity and that fills all of us in the RFA with pride. These are really exciting times.”