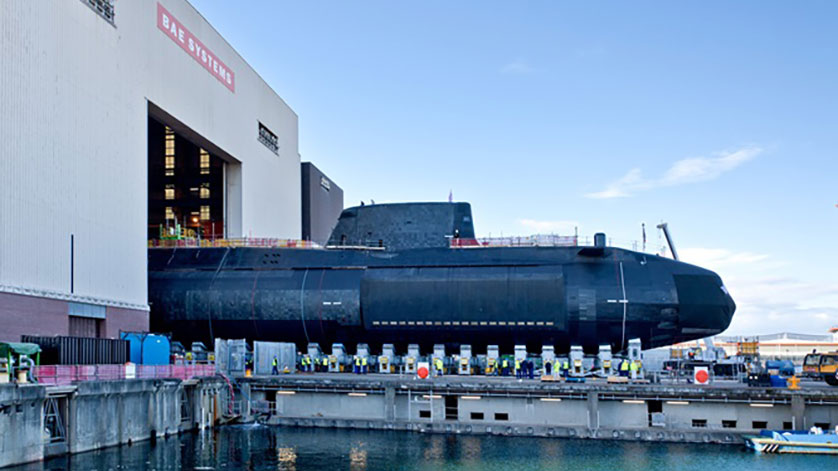 Audacious, the fourth of seven Astute-class attack submarines being built for the Royal Navy was launched recently at Barrow-in-Furness. The 97-meter long, 7,400 tonne nuclear-powered submarine emerged from the Devonshire Dock Hall on April 27. 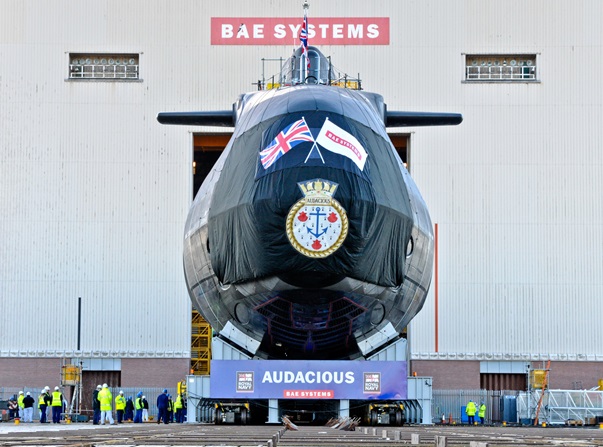 The following day, it was lowered into the dock water for the first time to begin the next phase of its test and commissioning program ahead of leaving Barrow for sea trials next year.

Assistant Chief of Naval Staff Submarines Rear Admiral John Weale said, "It’s an exciting moment to see HMS Audacious enter the water for the first time ahead of trials. Such a feat of engineering is testament to the skills of the BAE Systems workforce in Barrow. As part of an increasingly capable Royal Navy, HMS Audacious will go on to serve on operations right around the world, helping keep Britain safe."

Armed with Spearfish torpedoes and Tomahawk land attack missiles, the Astute-class submarines are the most highly-capable submarines ever built for the Royal Navy. They can strike at targets up to 1,000km from the coast with pinpoint accuracy, are equipped with a world-leading sonar capability and powered by a nuclear reactor.

The first three submarines in the class, HMS Astute, HMS Ambush and HMS Artful, are now in service while the final three Astute-class submarines are at various stages of construction at the Barrow site.

BAE Systems is the prime contractor in the Astute program and the industrial lead for the Dreadnought program, which is responsible for delivering the Royal Navy's next generation of nuclear deterrent submarines.