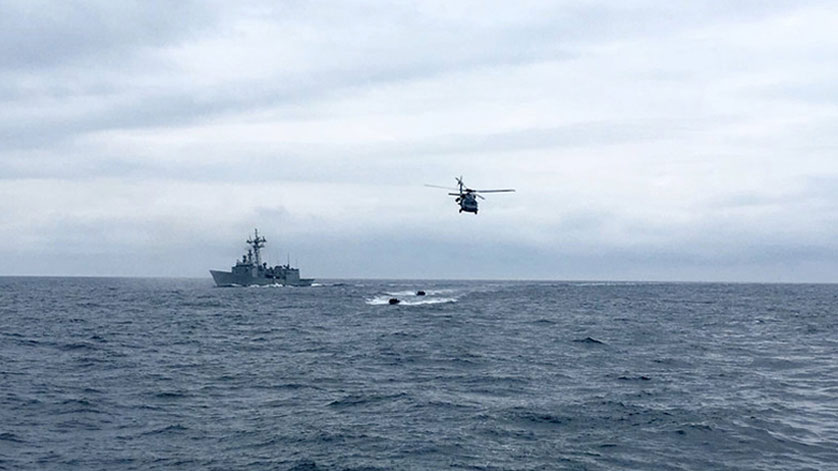 Naval assets from seven Allied nations and NATO’s Standing Maritime Group 2 were training maritime capabilities and combat proficiency in the Black Sea on May 7 to 13 2018, as part of Exercise Sea Shield.

Some 21 military ships, 10 fighter aircraft, a submarine, and 2,300 servicemen took part. Romanian-led exercise Sea Shield 2018 involves participants from the US, the UK, Bulgaria, Greece, Spain and Turkey, which participate with frigates, missile boats, corvettes and a destroyer. The exercise is based on a fictitious crisis response scenario.

"By organizing and hosting the Sea Shield 2018 Exercise, the Romanian Naval Forces, together with the NATO Allied Forces, are contributing to a strong cooperation in the Black Sea region and to the continued improvement of the procedures that ensure safe and secure maritime activities," said the commander of the exercise, Rear-Admiral Daniel Căpăţîna.

Exercise Sea Shield is an annual event and is open to NATO Allies and partner nations.