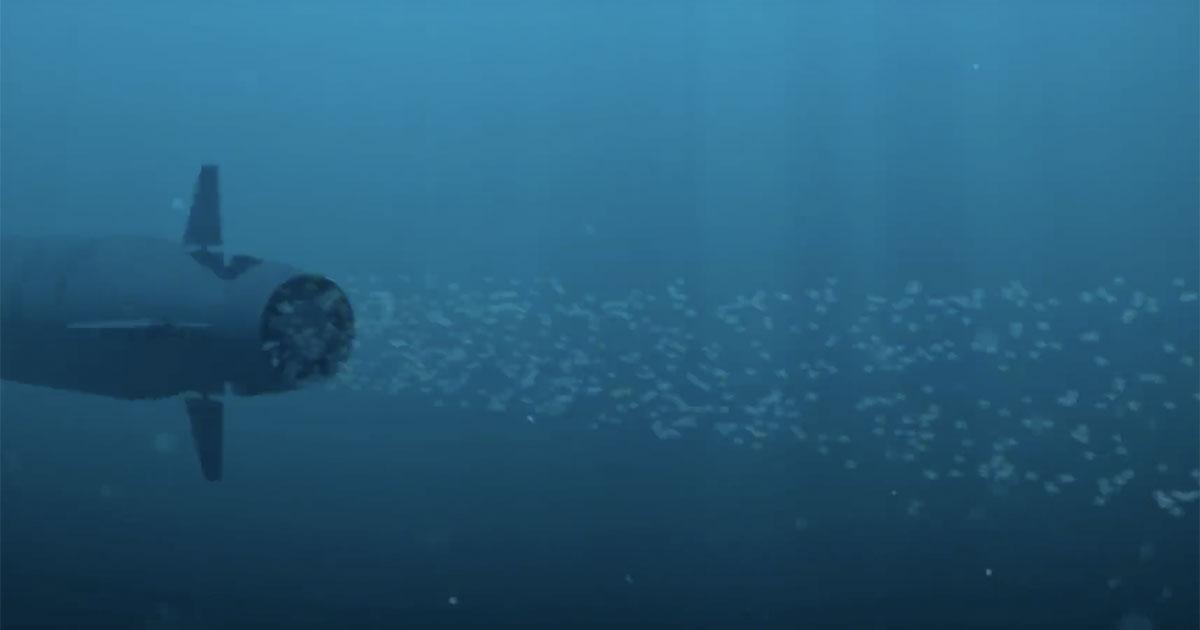 On 20 February 2019, through its state-controlled and funded news agencies (Sputnik), Russia released the first video of its Poseidon nuclear torpedo undergoing testing.

As previously reported in ON&T, the 24-meter-long UUV is designed to navigate autonomously with a maximum speed of 107 knots and detonate nuclear warhead near an enemy coastal city, generating a tsunami wave. Russian state media reports that the weapon impossible to attack due to the peculiarities of its maneuvering. According to Jane’s Defence Weekly, Poseidon could deliver a 2-megaton nuclear strike at intercontinental range.

The nuclear torpedo was designed to attack carrier strike groups and shore installations. But the sheer explosive potential of the weapon, which reportedly ranges up to 100 megatons at shorter distances, would send a devastating wave of radiation through the ocean and a continent's coast for decades.

According to Russian media, the video comes in conjunction to an announcement by Russian Defense Minister Sergey Shoigu, who said that underwater tests of the new weapon have been completed. Meanwhile, Russian President Putin has said that the nuclear-powered submarine chosen as the carrier for Poseidon unmanned underwater vehicles would be floated out in the spring of 2019.

"Nothing has been said about this so far, but it is possible to do so today. In the spring of this year the first nuclear powered submarine armed with this unmanned vehicle will be launched. The work is proceeding in accordance with the schedule," Putin said.