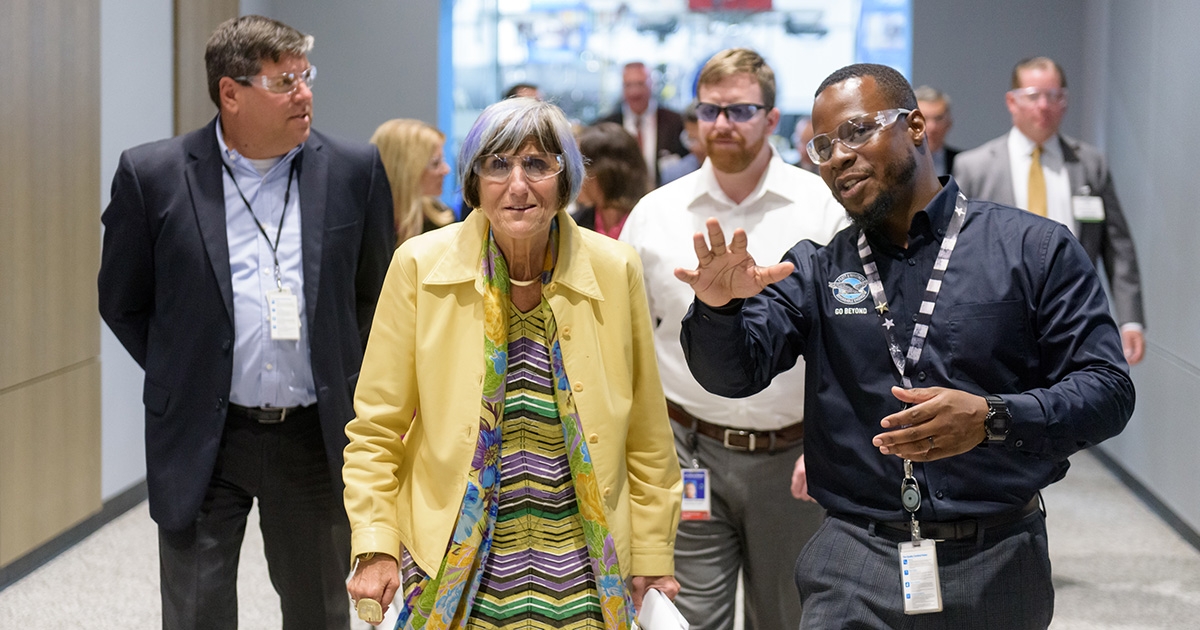 Pratt & Whitney (P&W) announced that it has delivered the 1,000th F135 production engine for the 5th Generation F-35 Lightning II fighter to the U.S. Department of Defense.

The milestone was marked by a celebration with employees, company leaders, Chair of the House Appropriations Committee Rosa DeLauro (CT-03) as well as representatives from the F-35 Joint Program Office.

“The 1,000th F135 delivery is a testament to the hard work of thousands of P&W employees and hundreds of suppliers who play a vital role in every engine that comes off the production line,” said Jen Latka, vice president for the F135 program. “This milestone underscores the maturity of the F135, which has been proven in the field as the safest, most capable fighter engine in the history of military aviation. As the only 5th Generation fighter engine in production today, the F135 provides the warfighter with a critical technological advantage. We are proud to support our men and women in uniform as a partner on the F-35.” 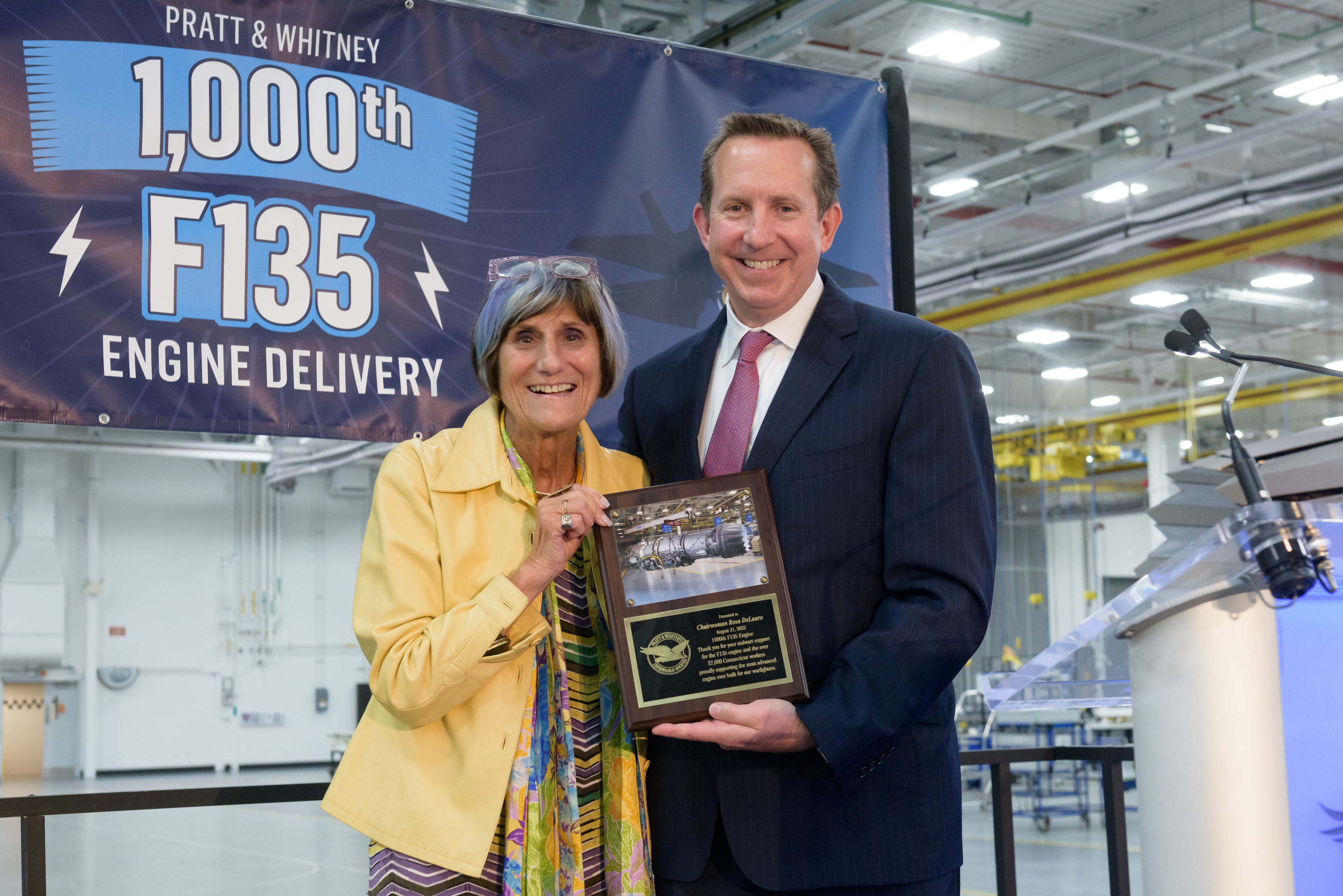 “Pratt & Whitney remains a global leader in advanced technology and defense manufacturing,” said House Appropriations Chair Rosa DeLauro. “To be here celebrating the delivery of the 1,000th F135 engine is truly exciting. This is a testament to the thousands of skilled workers, engineers, and manufacturers who are committed to excellence in manufacturing. Pratt & Whitney employs more than 11,000 people in East Hartford and Middletown — countless jobs are supported by the aerospace industry in the region and remains a core part of growing our state’s economy. You have my word that I will always fight to keep these jobs in Connecticut.”

Since delivering the first production engine in 2009, P&W has invested more than half a billion dollars in capital, process improvements and cost reduction initiatives to support the production ramp and reduce the average unit cost of the F135 by more than 50%. In addition to Middletown, F135 production sites include P&W’s West Palm Beach, FL facility as well as a Final Assembly & Check-Out (FACO) facility operated by IHI in Japan.

Evolved from the F119 engine powering the F-22 Raptor, the F135 delivers a step change in capability over the previous generation of engines. This includes 40,000+ pounds of thrust; a substantial increase in thermal management capacity enabling the full spectrum of F-35 weapons and sensor capabilities; a precise and responsive integrated engine control system allowing the pilot to focus squarely on the mission; and an unmatched low observable signature enabling the F-35 to conduct operations in modern Anti-Access/Area Denial (A2AD) environments.

From an availability perspective, the F135 has demonstrated a best-in-class safety record and the current production engine configuration is achieving double the specification for Mean Flight Hours Between Engine Removals (MFHBR). Additionally, the F135 sustainment network is maturing, and engine availability has improved by approximately 75% over the end of 2021.

The F135 also has ample design margin to grow for the F-35 missions of the future. P&W’s proposed block upgrade to the F135, known as the Enhanced Engine Package (EEP), delivers the fastest, most cost efficient, lowest risk path to fully enabled Block 4 capability for all F-35 operators, while saving taxpayers $40 billion in lifecycle costs and building upon a combat-tested architecture with more than one million flight hours of dependable operation.

“Every one of those 1,000 engines represents safe, affordable, reliable 5th Generation propulsion capability in the hands of our customers,” said Jill Albertelli, president, Pratt & Whitney Military Engines. “The F135 is the pinnacle of combat propulsion, ensuring our women and men in uniform can complete their missions in the most advanced threat environments and return home safely.”