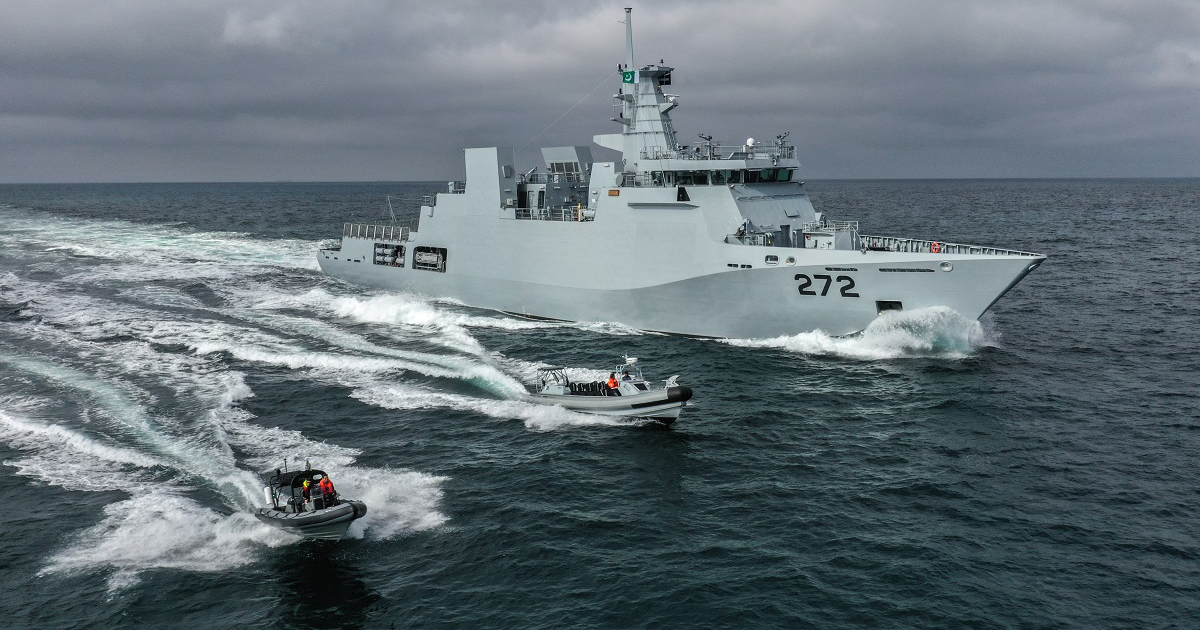 On November 12th, the Pakistan Navy commissioned its new Corvette – a Damen OPV 1900 – named PNS Tabuk at the Port of Constanta, Romania. The ship is part of a two vessel order with Damen, signed by the Pakistan Ministry of Defense in 2017. Both ships are built at Damen Shipyards Galati in Romania. The first vessel, PNS Yarmook, joined the Pakistan Navy’s fleet in February this year.

Like her sister vessel, PNS Tabuk is a multipurpose, highly adaptable platform, capable of performing a wide variety of operations in a complex maritime environment. She is able to launch a helicopter and a UAV, as well as two RHIBs simultaneously. 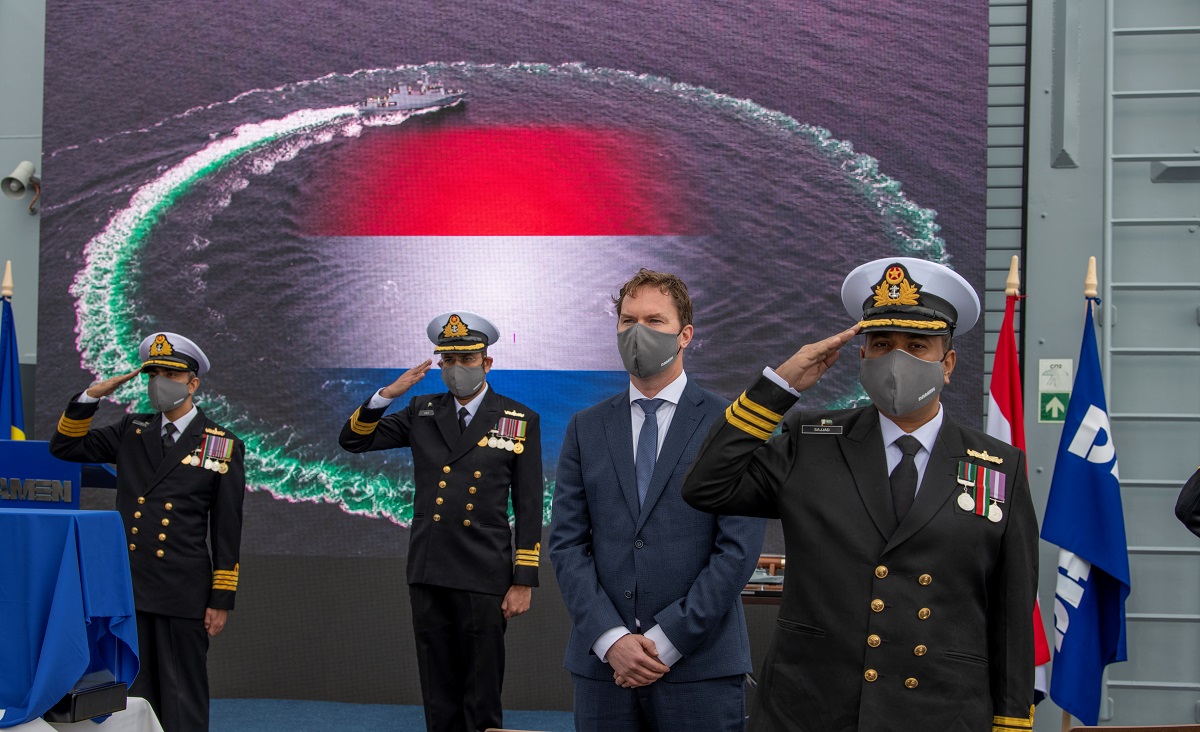 During the commissioning, the delegates – which included many attending the event remotely due to the ongoing coronavirus pandemic – were addressed by the commanding officer of PNS Tabuk, Captain Muhammad Umair. The Captain acknowledged Damen’s professional competency during the project and expressed confidence in future cooperation.

Managing director of Damen Shipyards Galati Flemming Sorensen, speaking at the event, said, “Damen has been involved in many projects in Pakistan since 1986 and we are very proud of this long-lasting and trusting cooperation.”

He stated that the successful outcome of the project was the result of a close cooperation between all involved. 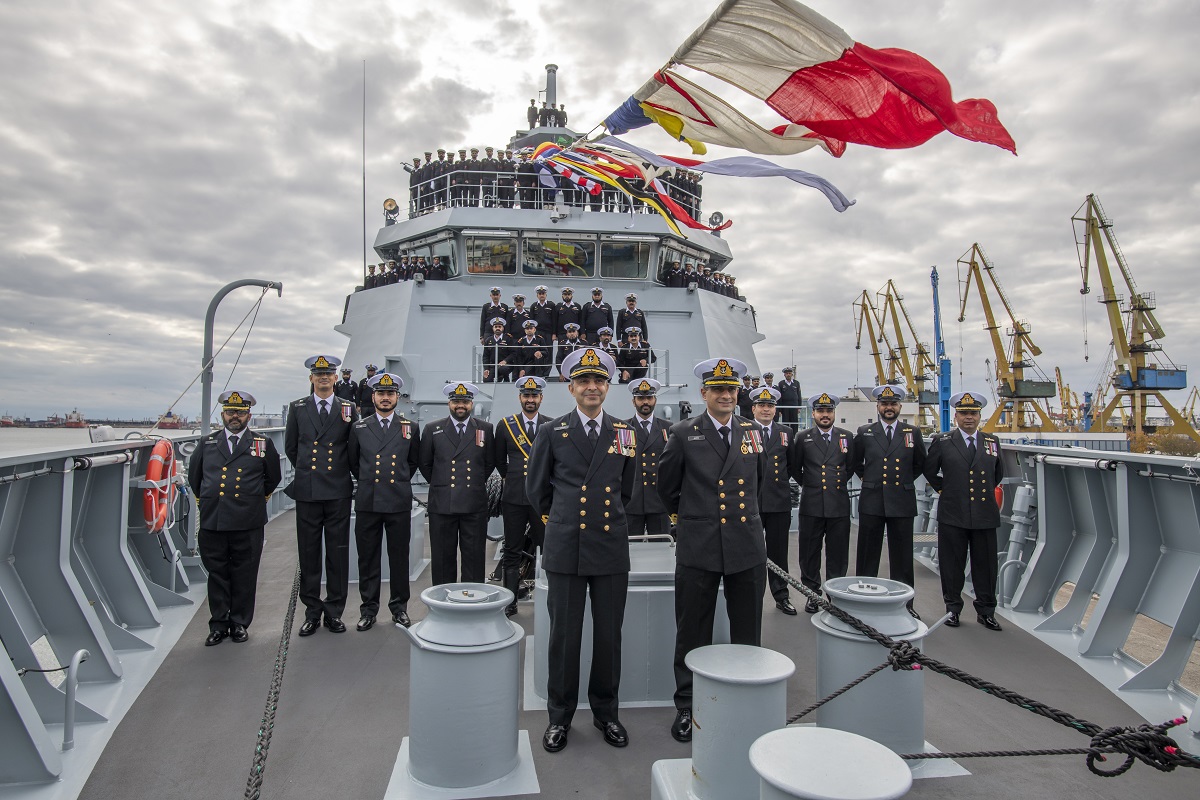 “Such an achievement is only possible with good coordination, skillful workmanship, excellent teamwork and good cooperation between all parties involved. Despite the unprecedented challenges of the pandemic, the Pakistan, Romanian and Dutch project teams have managed, with perseverance, to continue their work to successful completion.”

Damen will continue to provide support to PNS Tabuk during her service.

Damen’s yard in Galati has built more than 40 vessels for the defense and security segment, including the last seven complex naval vessels for the Royal Netherlands Navy and the Stefan cel Mare offshore patrol vessel, the flagship of the Romanian Border Police.