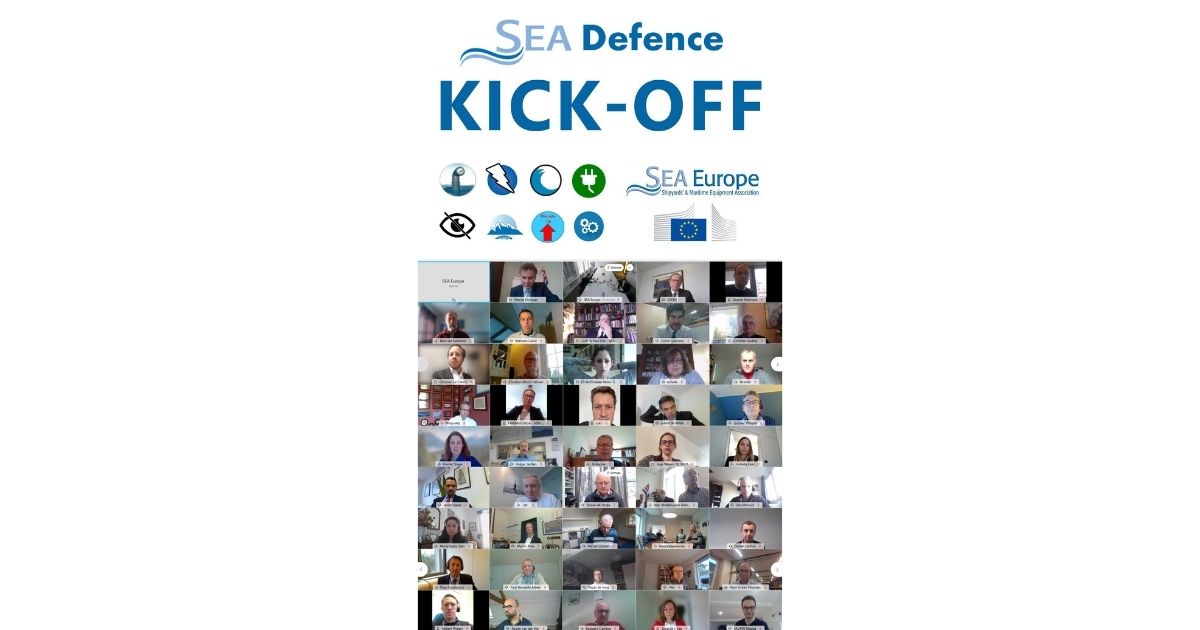 Following the selection last June of the SEA Defence project by the European Commission (EC) within the European Defence Industrial Development Program (EDIDP 2019), the consortium is proud to announce the official start of the project.

The SEA Defence kick-off took place on December 14th and was attended by representatives of the consortium, of the EC and of the participating EU Member States. Earlier last week, the Grant Agreement, worth a total of €14.29M, was signed by the EC, marking an important step in EU naval cooperation. SEA Defence is a collaboration of SEA Naval, including Damen, Naval Group, Navantia, SAAB Kockums, thyssenkrupp Marine Systems, Lürssen Defence, TNO, MARIN, Odense Maritime Technology, CTN, and still to be completed by key partners who took place in the proposal preparation phase. SEA Naval is the naval working group of SEA Europe (the European Shipyards and Equipment Association).

René Berkvens, Vice-President of the Damen Shipyards Group in the welcome address said, “I am honored that Damen has been offered the role of coordinator in this exceptional project bringing together the leading European naval shipyards. We thank the European Commission for giving us the opportunity to work together towards an even stronger European naval defence and technological base. We are also much obliged to the commitment and support of the participating EU Member States. SEA Defence is the first truly European naval EDIDP project and will lay the cornerstone for future naval cooperation under the European Defence Fund.”

SEA Defence is a feasibility study, which aims to provide a roadmap of technologies to be included in next generation of naval platforms and pursued in further European development programs.

The SEA Defence project is supported by participating EU Member States, led by the Netherlands Ministry of Defence. The support of Member States is essential in order to ensure that the results of the project will lead to actual next generation naval capabilities which will effectively support the European naval forces against potential future threats.