Next Independence-variant Littoral Combat Ship to be Named USS Kingsville 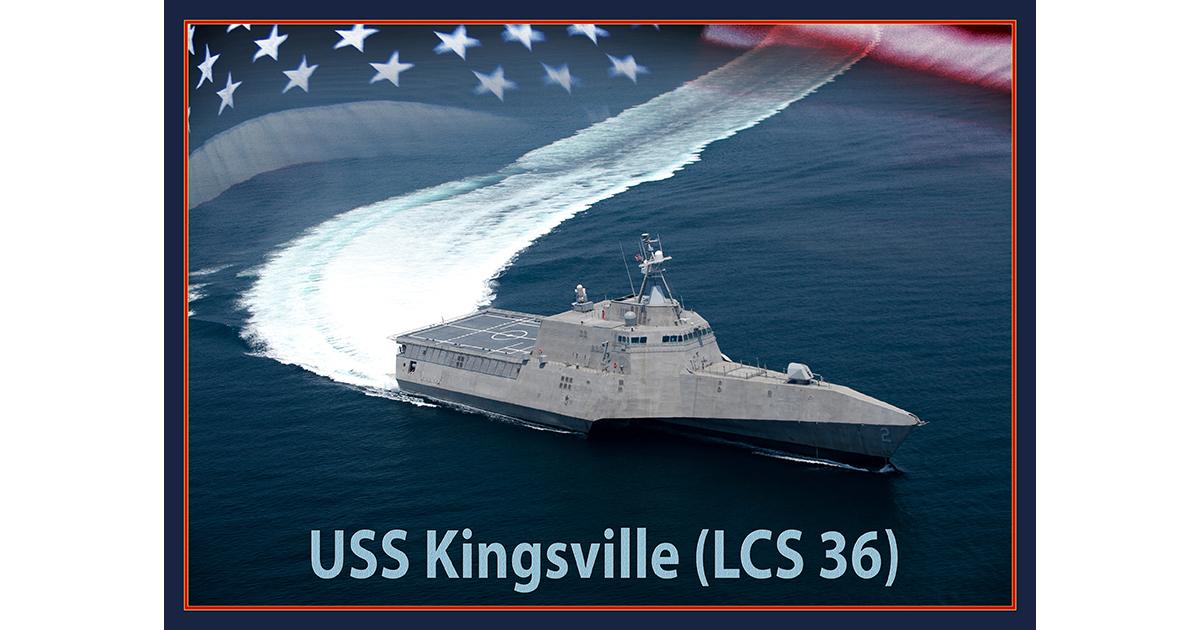 Secretary of the Navy Richard V. Spencer announced that the next Independence-variant Littoral Combat Ship will be named USS Kingsville (LCS 36).

The future USS Kingsville (LCS 36) is named in honor of the city of Kingsville, Texas, and is the first ship to bear the name.

"I am pleased to name a future Independence-variant LCS USS Kingsville," said Secretary of the Navy Richard V. Spencer. "The citizens of Kingsville have been steadfast partners to the Navy and Marine Corps team and their enduring support of our future strike fighter pilots have helped make the city of Kingsville the gateway for naval aviators. I am confident this ship will continue that legacy of service for decades to come."

The future USS Kingsville will be built by Austal USA in Mobile, Alabama. This ship will be 419 feet long with a beam length of 104 feet and be capable of operating at speeds in excess of 40 knots.

The LCS is a highly maneuverable, lethal and adaptable ship designed to support focused mine countermeasures, anti-submarine warfare, and surface warfare missions. LCS integrates new technology and capability to affordably support current and future mission capability from deep water to the littorals.

Scott A. Angelle Named as Director of BS