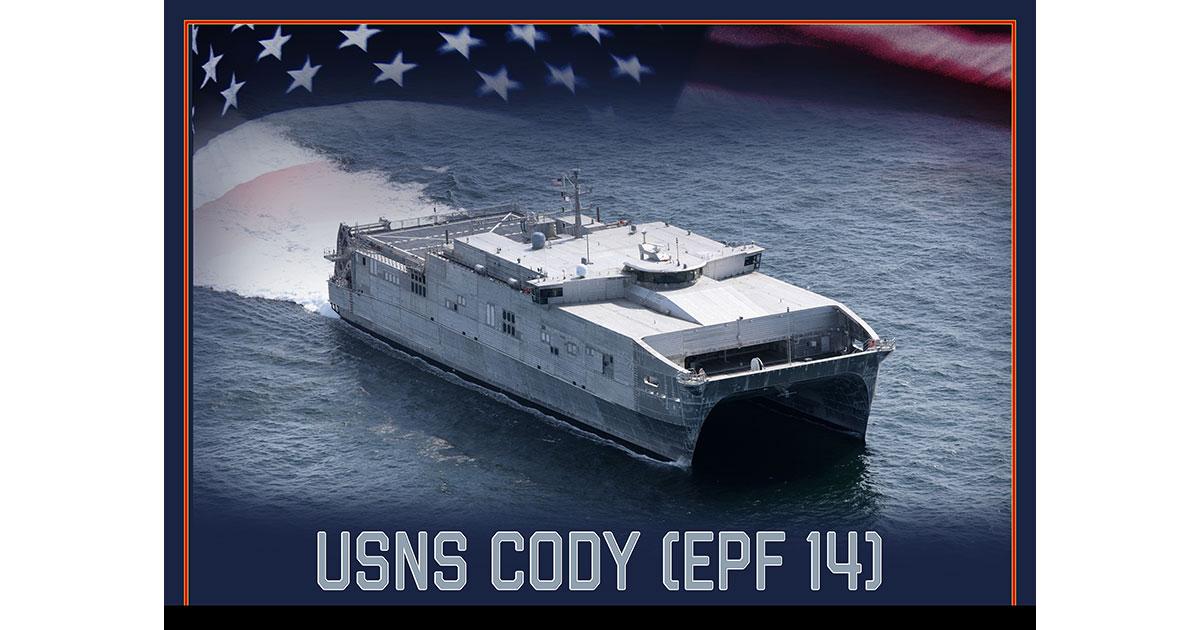 The future USNS Cody is the first ship named in honor of the city of Cody, Wyoming. At least 28 other U.S. Navy ships have been named after the state of Wyoming’s cities, places and people.

“The people of Cody are staunch supporters of a strong Navy and Marine Corps team and it is fitting to name a ship in honor of this great city,” Spencer said. “I am pleased that the spirit of Cody will live on in the future USNS Cody (T-EPF-14).”

EPFs transport personnel, equipment and supplies. They can transport 600 short tons of military cargo with a crew of 26 civilian mariners (CIVMARS) – equipped with airline-style seating for 312 embarked troops, along with a fixed wing berthing outfitted for an additional 104 personnel. With a shallow draft under 15 feet, a flight deck for helicopter operations, and vehicle offload ramp, EPFs can support a wide range of operations – from port access to littoral operations.

Austal USA in Mobile, Alabama, is under contract to build the new EPF, which will be 338 feet long, have a waterline width (beam) of 93.5 feet, displace about 2,362 tons and be capable of 35-plus knots.