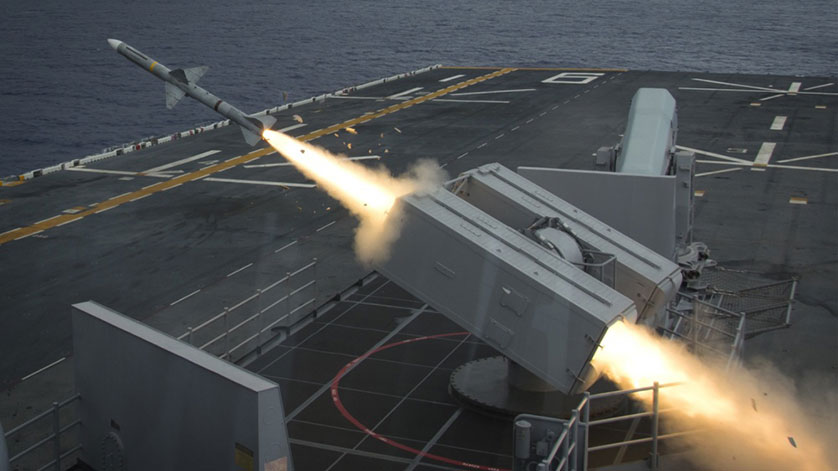 The announcement - made in the wake of NSWC Commander Rear Adm. Tom Druggan's call for a renewed focus on EMW at a recent conference - means that the Navy and its Warfare Centers are serious about investing in electromagnetic maneuver warfare while new innovations such as directed energy and high energy lasers expand capabilities within the electromagnetic spectrum.

"The logic behind our refocus is simple," said Druggan. "The point is victory at sea. The point is sea control."

This strategic focus begins with research, development, test, and evaluation at NSWCDD and other Navy labs to ensure that Sailors and Marines have the technological capability to seize the initiative across the electromagnetic spectrum.

"We must be able to fight and win in an increasingly contested and congested electromagnetic operating environment," said NSWCDD Commanding Officer Capt. Godfrey 'Gus' Weekes. "This will require the integration of cross domain capabilities designed to disrupt or disable our adversary's kill chain."

The goal of combining EMW capabilities in the sea, air, and land domains to generate enhanced combat effects will enable warfighters to anticipate future conflicts in the battlespace created where cyber and the electromagnetic spectrum converge.

"Managing and fighting in the spectrum is becoming paramount to how U.S. naval forces must operate," said NSWCDD Deputy Technical Director Dale Sisson. "Modern warfare is moving beyond traditional hard kill, so we must deny our enemies access and use of the spectrum while actively managing and controlling our own emissions. Therefore, we will maintain electromagnetic maneuver warfare as an NSWC Dahlgren strategic goal in order to maximize our warfighters' battlespace awareness and their advantage in the electromagnetic maneuver spectrum." 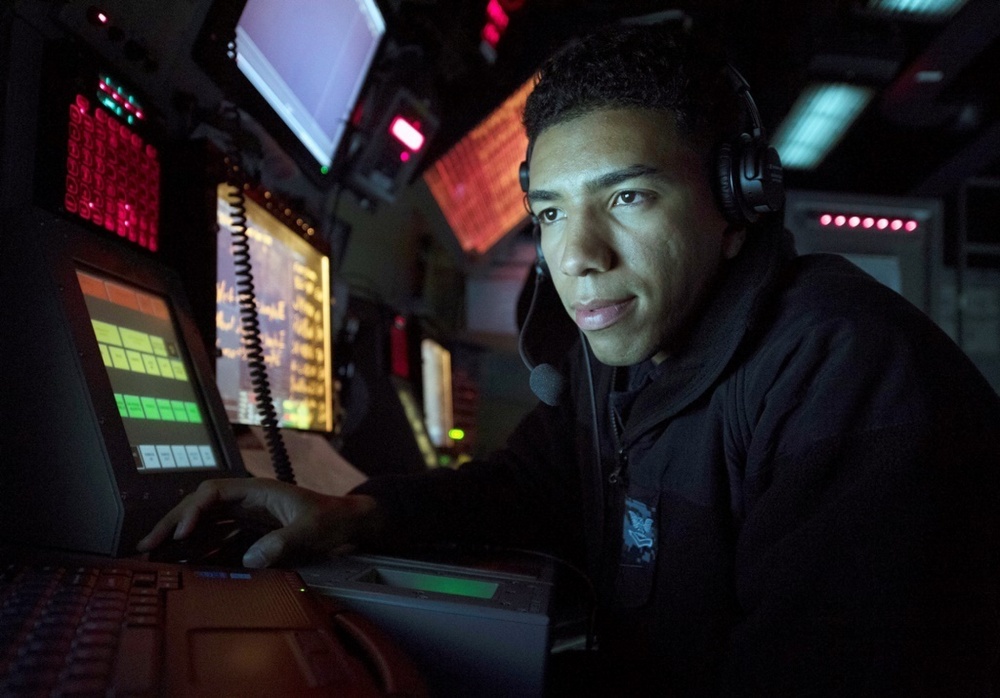 Consequently, Navy scientists, engineers, and warfighters are busy working to integrate EMW technologies throughout the Fleet by leveraging the cyberspace domain and the full electromagnetic spectrum for offensive and defensive effects. This requires coordination and simultaneous integration across all domains - land, sea, subsurface, air, space, and cyber.

"We want to expand this capability," said Druggan in his keynote speech at the Electromagnetic Maneuver Warfare Systems Engineering and Acquisition Conference sponsored by the Association of Old Crows, September 26. "The Navy is going through a unique transition. We've always had improvements to our systems, but we're going through a generational shift - a generational upgrade from military specification (MILSPEC) analog to digital solid state systems, and that digital solid state is computer control that gives us an affordable growth path to the future."

For example, the Navy's next generation integrated air and missile defense radar - the AN/SPY-6(V) - is currently under development as a solid-state digital system to address emerging threats, increase signature control, and streamline operational training for technicians.

Similar Navy investments in radars and a myriad of electromagnetic spectrum technologies coupled with its EMW warfighting approach to gain decisive military advantage in the spectrum will enable freedom of action across all mission areas. Subsequently, battlespace awareness - or knowledge of the operating environment - is increasing as warfighters find, penetrate, and predict the enemy's operations by making better decisions faster.

"The Navy is serious because we see value, but more than just value, we see warfighting capability that gives us a competitive advantage on the battlefield," said Druggan.

Freedom of action in the spectrum includes integrated-fires pillar of information dominance. Navy commanders are free to use integrated fires across the electromagnetic spectrum and cyberspace to deliver kinetic and non-kinetic effects at specific times and places. 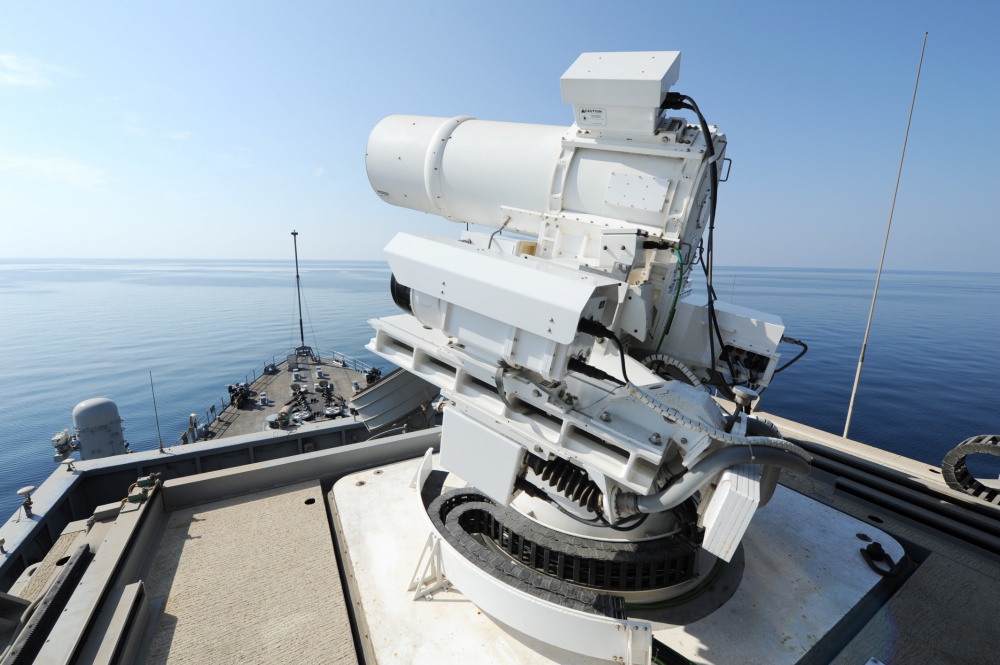 Integrated-fires capabilities are a central part of the asymmetric advantage the Navy, joint, and coalition forces bring to a fight. They include capabilities that disrupt adversary command and control, communications, computing, intelligence, surveillance, and reconnaissance systems; deliver electronic payloads that limit an enemy's freedom of maneuver and action; and enhance the ability of our own forces to place ordnance on target. Integration of lethal and non-lethal fires - underpinned by superior battlespace awareness and assured command and control - provides commanders an expanded set of warfighting tools that are especially important in anti-access and area-denial environments, such as the air-sea battle.

"Being able to get kinetic kills on target and non-kinetic kills where we want them without unintentional effects - both of those prongs - are absolutely critical and credible arrows in our quiver," said Druggan. "So, if you want a missile on target, you've got to have a fire control solution. With the new systems that are coming out, there's opportunity to develop those fire control solutions based on EMW alone. Then, if we're really good, we'll be able to have a few transmitters out there while everybody else is on receive, and we'll have a picture from a multi-static presentation - that's far into the future."

Sea control is essential when faced with adversaries who will exploit the electromagnetic spectrum for sensing, targeting, and delivery of fires, and to deny or degrade the Navy's ability to use the spectrum.

Moreover, naval forces must have the resilience to operate under the most hostile electromagnetic conditions. Enhanced battlespace awareness and understanding provided by EMW will allow the Navy to more effectively operate with significantly reduced risk in a hotly contested anti-access, area denial battlespace. This awareness improves the warfighters' understanding of the environment, their own force, and that of the adversary.

"We want to be able to control our tactical situation," said Druggan. "That's very important for us."

Meanwhile, the Naval Research and Development Establishment is working to master EMW with a holistic system-of-systems focus on the systems and the interstitial space - which is the dimension of the systems - to provide key capabilities to warfighters for victory at sea via the electromagnetic spectrum.

"Mastering EMW will have commercial, financial, and political impacts," Caliri told the audience of electronic warfare, electromagnetic spectrum operations, cyber-electromagnetic activities, and information operations experts. "It is important for program managers, engineers, and business planners to be aware of the planning, programming, budgeting, and execution process, the tools used, and the complexities in performing defense acquisition and systems development in the emerging electromagnetic spectrum environment in order to provide value to managing and performing program funding and mission success."

The Navy's initial focus on mastering EMW has been on the cyberspace mission area, putting in place the required manpower structure and creating the necessary organizational constructs. That effort continues, but the focus has expanded to include the entire electromagnetic spectrum. Moreover, the Navy has been building on the work undertaken in the last several years to improve electronic warfare systems in the face of sophisticated anti-access and area-denial threats.

"New innovations such as directed energy, high energy laser, and high powered microwave weapons are now entering the field," said Sisson in his brief at the conference, pointing out that mastery of the electromagnetic spectrum is increasing in complexity. 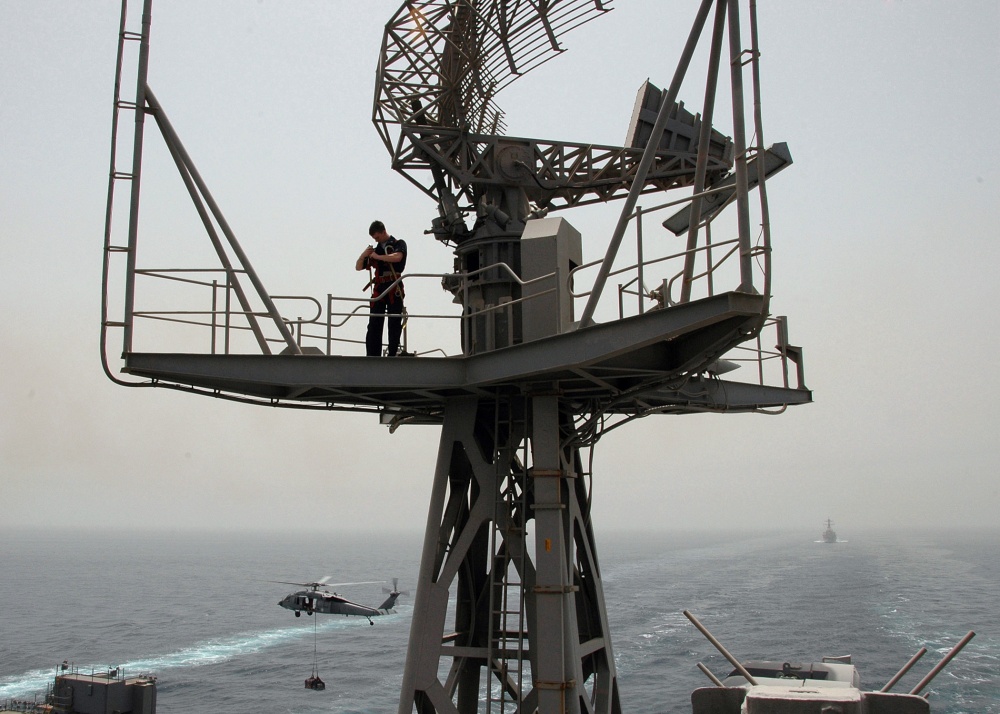 The development, testing, and transition of the Dahlgren-developed Laser Weapon System and other directed energy technologies transitioning to naval capabilities offer more options to warfighters. In addition to kinetic weapons such as guns and bombs, directed energy and electric weapons enable warfighters to engage a myriad of targets with more precision and variable effects at a much lower cost.

"EMW is also bringing in the artificial intelligence and machine automation," said Sisson. "This is true autonomy because we know just as we advance combat systems, decisions have to be made quickly in the battlespace. Machines and humans will be able to make decisions, so how do you process that data? How do you trust the machine to drive that for you? That's where we're going in the spectrum world as well - machine autonomy, that machine-to-machine interface to drive the electromagnetic battlespace."

On the symposium's last day, conference attendees spoke with the scientists and engineers who work with warfighters to solve these dilemmas concerning machine autonomy and rapid-fire decisions in the spectrum.

The conversations took place in labs where the command's strategic thrust technologies as well as its electromagnetic and sensor systems are developed and refined.

NSWC Dahlgren Division's three strategic thrusts - electric weapons, mission engineering and analysis, and cyber warfare engineering - in tandem with the command's technical expertise in the fields of spectrum management, electromagnetics, electronic warfare, and surface radars are crucial to the Navy's development and integration of capabilities that enable EMW.

The attendees saw emerging capabilities at a laboratory where high-fidelity environments enable the development, prototyping, integration, and testing of Navy and Marine Corps systems. As technology advances, the labs are looking to virtual test beds and distributed architecture to meet the increasing needs for testing, including cyber security.

Meta-materials and a monitoring system were demonstrated at the NSWCDD Electronic Warfare Integration Facility. The visitors were briefed on the facility and how it's impacting current and future surface electronic warfare operations.

In addition to advancements in directed energy and electronic warfare systems, technologies involved with Real Time Spectrum Operations (RTSO) were showcased during the conference.

RTSO technologies developed at Dahlgren enable the Navy to make real-time adjustments within the spectrum in response to changes in the electromagnetic environment and operational requirements. RTSO - like an orchestra conductor - directs which systems operate and for how long in compliance with the commander's intent. In the order of battle, the commander needs systems to engage at certain times. Systems for listening are required during other engagements. It's based on the current war effort, information dominance or information sharing priorities, and the commander's intent while controlling the spectrum of all systems on all platforms and strike groups.

"This conference helped to highlight the great work that is being done across the Naval Research and Development Establishment," said Weekes. "It offered many different perspectives on EMW and enabled greater collaboration across our community, which will create opportunities for new capability developments and the integration of existing capabilities in support of electromagnetic maneuver warfare."

The Association of Old Crows is an organization for individuals who have common interests in electronic warfare, electromagnetic spectrum management operations, cyber electromagnetic activities, information operations, and other information related capabilities. The association provides a means of connecting members and organizations nationally and internationally across government, defense, industry, and academia to promote the exchange of ideas and information, and provides a platform to recognize advances and contributions in these fields.

NSWCDD, a Naval Sea Systems Command warfare center division, is a premier research and development center that serves as a specialty site for weapon system integration. The command's unique ability to rapidly introduce new technology into complex warfighting systems is based on its longstanding competencies in science and technology, research and development, and test and evaluation.